An Open Letter to the One that Got Away
Odyssey

An Open Letter to the One that Got Away

Accepting what has happened, and looking forward to what's next. 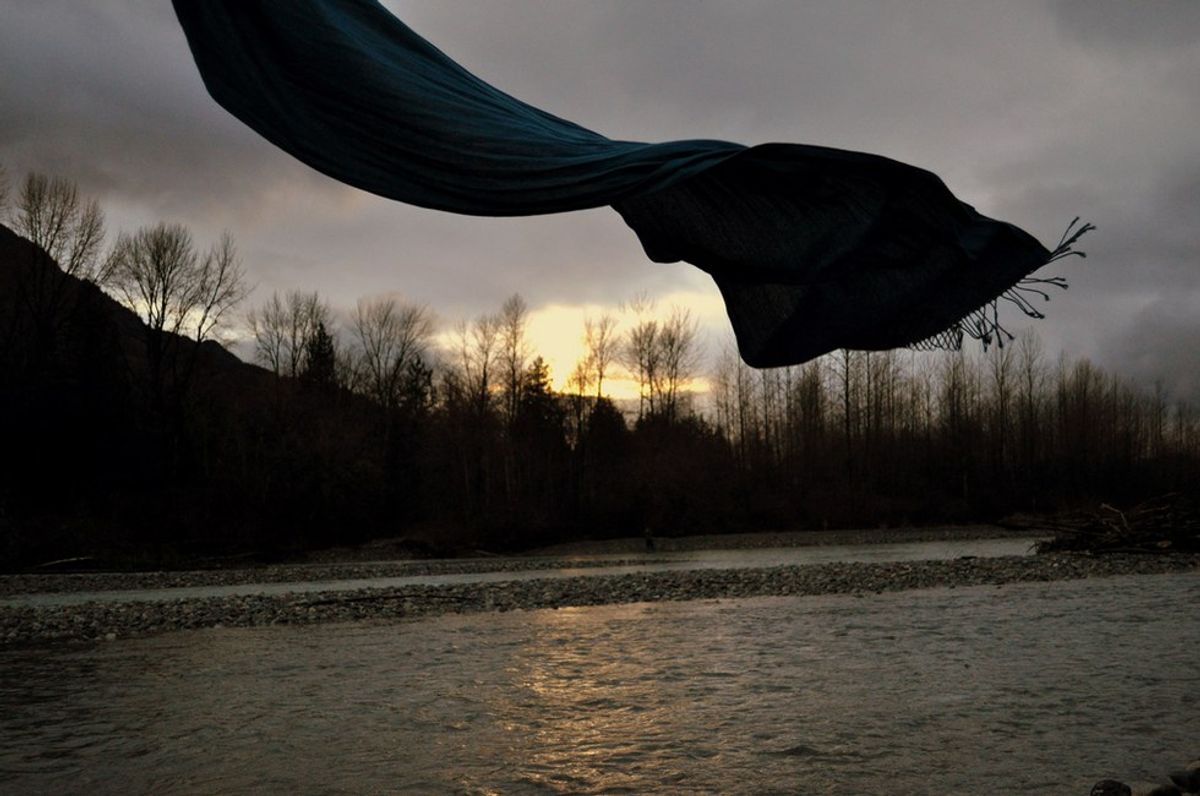 How have you been? Actually, you know what? Never mind, I don’t care. Okay, that’s a lie. I do care, and that’s the problem-- but more on that later. First off, let me explain why I am writing this. As I think back on all the things that have led me up to this point, I can’t help but think back on the time that I knew you. The time when all was right-- when it was easy to talk to you and I honestly thought I had a shot. But that turned out not to be the case.

I tried my best to be the very best version of me, but it wasn’t enough. I wasn’t what you wanted, and at the time it hurt. Honestly, it still hurts a little during those random times when you pop into my head. I think back on all the times we smiled, laughed and talked and how things were so much simpler, and I can’t help but feel confused. What happened? Why didn’t things work out the way I wanted? After so much time, I think I’ve finally realized what went wrong. And so I’m writing you this letter, not in an attempt to attack you, but in an attempt to show that I understand you.

Back then, I was angry and hurt. It was a dark time when I sort of sank into a hole and it felt like no one could pull me out. No matter how hard I tried moving on, I always felt myself coming back to you. I couldn’t help but wonder if you sometimes thought of me or if some part of you still cared about me, and every time I felt myself sinking deeper and deeper into that hole.

But after so many experiences and so much struggle, I realize the truth now. The truth is that back then, I wasn’t ready for a relationship, and neither were you. I was still a stupid, arrogant kid who only cared about satisfying what I wanted, no matter what that entailed for others. You, however, were kind and humble but you knew there was so much more to life, and you wanted the freedom and strength to see all of that. Who I was back then only would’ve been an anchor that would’ve weighed you down. I don’t know why I couldn’t see it back then. I wasn’t the right guy for you, and honestly I still don’t think I’m the guy for you.

The arrogance that I had back then has turned into cynicism. Once I thought that I knew everything, but now I see that I know nothing. All I know is that there are things about life that are just unfair and no longer make since like they once did. What I thought was once love, I realize now was just lust. But it wasn’t you I lusted for. I lusted what I thought you could give me. I thought that you could provide me stability and care, things that for so long I felt deprived of. But it wasn’t your job to give me those things, rather it was my job to realize that I needed to be able to provide myself with these things. I needed to grow up and stop trying to burden people with my issues.

Let me say now that I don’t blame you for anything that happened between us. I get it. You didn’t feel the way about me that I felt about you. Back then I was heartbroken and I blamed you, but now I see that it wasn’t you that broke my heart. It was fear. Fear that I wouldn’t get what I most desperately needed. I needed to feel like I was finally getting my life together-- like things were finally going right for once instead of always feeling like things were gonna go bad. I was afraid of failure, of what would happen if I overreached, and that fear came true and it broke me and I blamed you. It was easier to blame you and push you away than it was to admit my own shortcomings.

Now I don’t blame you. Rather, I would like to thank you. Yes, that seems odd since I just ranted about how messed up I felt after everything, but the truth is that for the longest time, all I could think about was the bad. I went through a dark phase in my life, and truthfully there are still days when I find myself going back there. But I needed that to happen. I needed to see that from pain comes growth. I needed to do some serious growing up back then.

As I think about what happened, I can’t help but wonder what things would’ve been like if things hadn’t happened how they did. What if we had gotten together? Would we still be together now? Would you have been able to learn to love a cocky man-child that still laughed at the word “duty”? Hell, after listing off all that stuff, I want to break up with me. You didn’t deserve that, and truthfully, it would’ve been so much more painful for us if that’s how things had gone down. So no, I don’t blame you, and I also don’t regret how things ended between us. If I had the chance to change things, I wouldn’t. I’m a better person now because of what happened. I learned that life isn’t fair and that things happen for a reason. We’re all just chapters in each other’s books-- a chapter that we sometimes look back on and hope to learn from, and the things I learned from meeting you are too priceless to ever want to get rid of.

Is there still a part of me that cares for you? Yes. There is a spot in my heart for every person I ever meet. They are all part of who I am and who I am becoming. But is that spot big enough to ever want another shot with you? No, it isn’t. As much as younger me would kick me in the shins for saying that, there just isn’t. I realize that just as who I was back then was an anchor for you, who you were back then is an anchor for me. I have to realize that you are no longer the girl you were back then. Just as I have grown and changed, so have you. If we hadn’t, we wouldn’t be who we are now, and I have to tell you, I’m proud of who I’ve become.

You were my anchor, and I had to let you go once and for all if I ever wanted a chance at growing. So, with as much sincerity as I can muster at three in the morning (gotta love random waves of inspiration!), I want to say thank you. Thank you for being a chapter in my book, for helping me learn what I had to do to become the man I am now. Who knows? Maybe at some point in the future we will cross paths again, and we’ll write new chapters in each other’s books. But for now, this is goodbye. Goodbye, and thank you once again.