To The Guy Who Chose Alcohol Over Me

To The Guy Who Chose Alcohol Over Me, I Pray You Find The Light At The End Of The Tunnel

You cannot help someone that does not want to be helped. 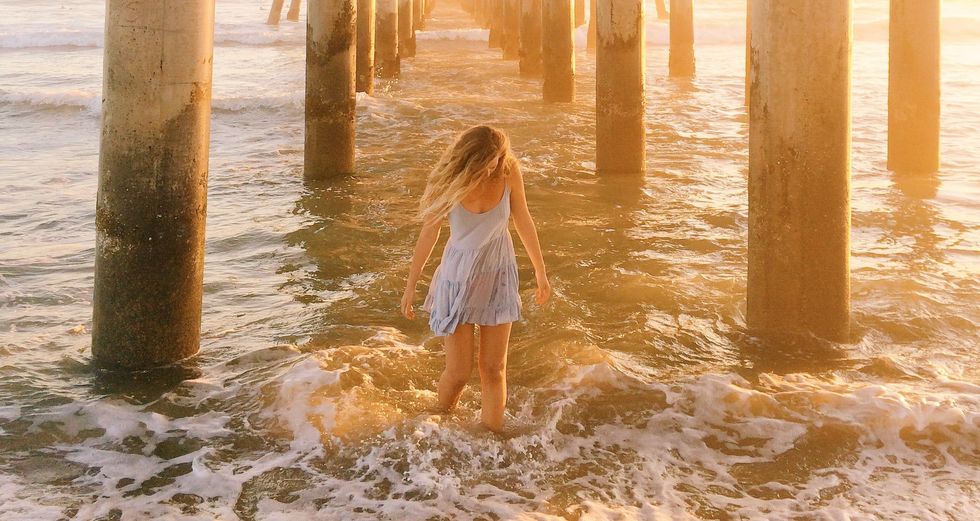 You and I started out with a great amount of love toward each other. We understood each other until true colors started to come out. You knew from the beginning I was never one to use substances as a form of recreation.

This is the one thing that always stood between you and I. I felt sorry that you could not have fun without drinking or using other substances. I always prayed that one day you could be sober and see life isn't about getting wasted to the point of getting blacked out.

I always told you I don't judge people who "do things like that" and you used that to your advantage! I don't think you truly understood what I meant by that statement. You always took what I said and added your own twist to it. It was almost as if you and I were holding onto a beach ball and I would have specific colors on my side and you had specific colors on yours and we could never see the other person's side of the ball.

Every time your friends were invited over for a night of drinking I was the one who played mom the whole night. I could never enjoy myself at any of the parties we went to because I was always busy taking care of you and making sure you didn't drink to excess. Whenever you would say "thank you, don't know what I'd do without you" it became a numb statement in my mind because I was always the one showing true love toward you and it was never given back to me. I felt as if that statement was always a pity thing.

You would invite the people, your friends would bring the drinks, you would drink to excess, you would get sick, and I would be up all night picking up the mess. Not only did I take care of you at these parties, but I would also take care of your friends who I barely knew. At some point, I would be in fear that I was in danger because of how some of your friends would react to alcohol. I would get to bed late and watch you in a deep sleep. Mornings were rough waking up next to you because I would just watch you slowly damage your body each time. It showed on your face the next day. Eventually, it wasn't just a really bad hangover. This was becoming your lifestyle. Whenever I'd try to tell you how the rest of my night went you would tell me "you're fine" and "it's normal, relax."

From there I knew this was not the same person I knew.

As our relationship went on, none of your drunk nights fazed me because they became so frequent. I was so numb to everything. This just became our new normal. Every time I was surrounded by you or your family there was alcohol. After a while, I started to realize your life growing up was surrounded by alcohol.

I then began to understand that this was nothing new to you. You were following by example. All of your habits finally started to make sense. I wanted to help you so badly. I saw you struggling but I also saw that one of your main priorities was to consume alcohol. Not only would you drink while we hung out but you would also drink while on FaceTime with me. There was never a time where you couldn't just be in my present sober. It never helped that your friends and family encouraged you to "live it up" and "get messed up while you're young." How could someone distance themselves from a substance that they have a habit of consuming if the people around him are encouraging that sort of behavior? I was starting to think your habit of drinking was not just your fault.

I continued to try to help you but you always saw me as the bad guy.

When I would be raw and honest with you, it just forced you to go against all the help I was giving you. After a while, I had to face the fact that you were not the person you were conveying to me when we met. You were, in fact, the complete opposite.

As much as I want to say we were in love, we were not. I would have constant painful battles with my mind about whether or not I should let go of our chapter. I kept telling myself you are going to get better and you are going to seek help one day. I kept saying "this will pass" I was never the type of person to give up on someone I loved. Unfortunately, I fell out of love with you way before I could admit it and by the time I did, I was in such a deep hole with you.

There were many nights when you would go out with friends and to parties, I would decide not to take part. I was tired of watching you hurt your body. I gave you all the love and support I could at that point. I knew things needed to end but the thought of leaving you in this really unhealthy state did not sit with me very well. You had a lot more than just a horrible habit of drinking going on and I felt like it was time for you to finally love yourself.

As much as I wanted to stay and help I finally felt like I did my part and could no longer continue having an unhealthy mental state in my life. I was sick of feeling like your mother instead of a girlfriend, I was sick of seeing your friends encourage you to take part in the wrong type of fun, I was sick of watching you destroy your body!

The night I broke up with you I knew exactly how it was going to end up.

Everything was my fault, I was "never supportive," and I was every name in the book. As awful as it was, it didn't surprise me because you had a habit of never taking responsibility for your own actions. I was broken at this point and you were 95 percent of the reason I was so broken. The other 5 percent was because I allowed you to make me feel that way constantly and all of that added up to a perfect 100 percent.

You were constantly making me have breaking points and when I finally broke for the last time I knew it wasn't going to save our relationship and I knew you were not going to understand how much pain you put me through. It hurt my heart that you would rather drink to excess than spend time with me.

I know you were a good person deep down. However, even good people struggle and have their demons. It is unbelievable what a substance like alcohol can do to humans.

I pray you are somehow trying to take care of yourself and that one day you see the light at the end of the tunnel. I also pray you learn from what our relationship taught you. It is not fair to try and love someone when you truly don't love yourself enough!