To The Guy I Fall In Love With Someday
Odyssey
CurrentlySwoonLifestyleHealth & WellnessStudent LifeContent InspirationEntertainmentPolitics and ActivismSportsAdulting
About usAdvertiseTermsPrivacyDMCAContact us
® 2023 ODYSSEY
Welcome back
Sign in to comment to your favorite stories, participate in your community and interact with your friends
or
LOG IN WITH FACEBOOK
No account? Create one
Start writing a post
Relationships

To The Guy I Fall In Love With Someday

I'll love you in ways you couldn't imagine. 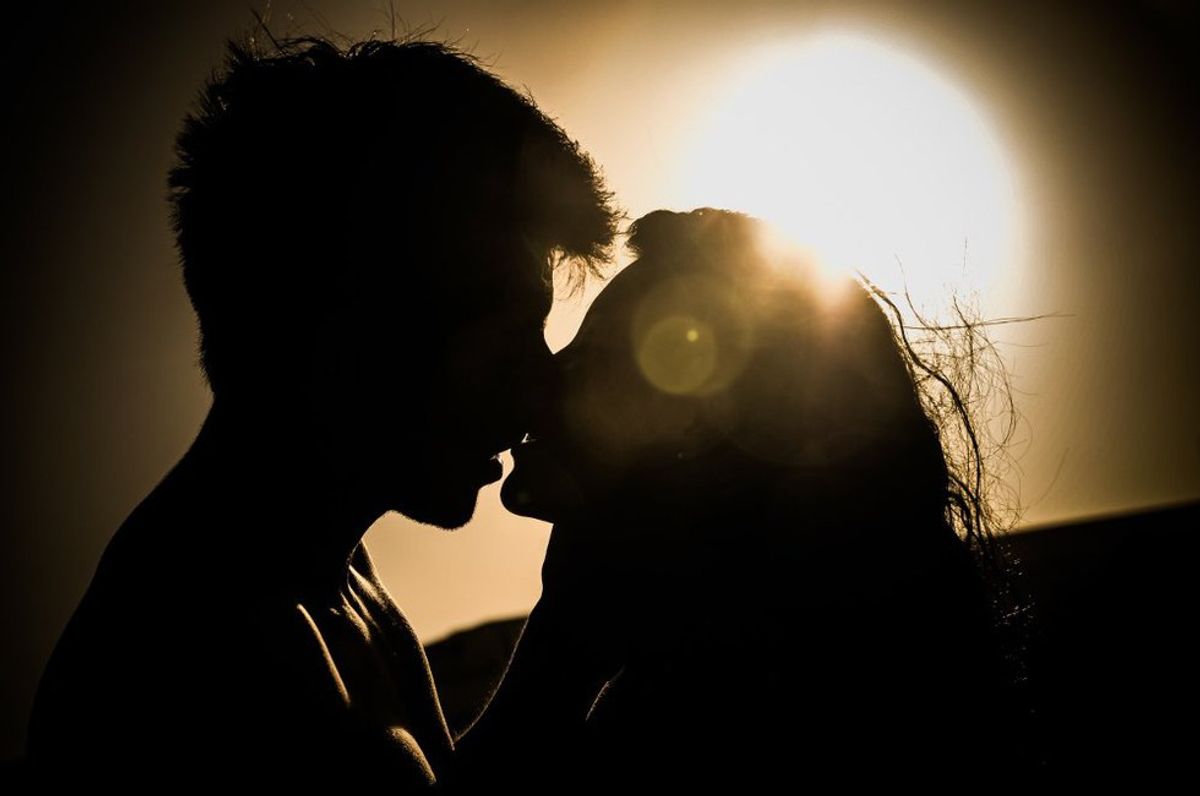 “I’m not the best, but I promise to love you with all my heart.”

I’ve always dreamt about the day I’d find my Prince Charming; I know that day will come, but when, I don’t know. When we do meet I know it will be when I’m least expecting it. But when our paths eventually cross, I’ll need you to know some things about me.

When we first meet I’ll probably be a little shy or even hesitant to talk to you because in my mind I’ll think that you’re just looking for a one night stand, because that’s all I’ve ever been used to. I’ll judge you at first glance and think that you’re just another one of the guys like my past, and I know that's unfair to you but it's because I’ve opened up to other guys before, sometimes too soon, thinking that they’re interested in me when all they want is sex. I’ve had my heart broken a few too many times that it’s made me more sensitive to the idea of love. I’ll be hesitant to tell you about my past because I don’t want to repeat history, because lately it seems like that’s all I’ve been doing. But when I eventually do, know that it wasn’t easy for me, but I did it because I see something in you I don’t see in others. So if you say something or make a comment and I take I the wrong way, I’m sorry. I’m afraid that if I open up too soon I’ll get my heart broken again and it scares me. But because I’ve had my heart broken so many times, my guard is up more than ever. I’m not going to let someone in who doesn’t deserve it, someone who isn’t looking for a relationship, but to just hook up with on a daily basis. I’m better than that and deserve better.

I haven’t even had a relationship, and the closest thing I’ve had to one was a toxic relationship of three years with a guy who didn’t care about anyone but himself. I fell in love with someone who never felt the same way I did about him and never would. I fell for his charm and personality when all he wanted was sex. The worst thing about it? I let it go on for too long and in the end I was hurt more than ever. I tried to convince myself that he would change, that I did something wrong and that I was the only one who could fix things, when in the end it was all him. When I finally decided that I would end things for good and take care of myself, I hit rock bottom. It felt like my whole world was crashing and that I had nothing left. But I managed to pick myself up with the help of my friends, family, and self-worth; I’m more protective of myself than ever.

If you’re interested in me, show it; make the time and effort to talk and hang out because I will return the favor. I may be annoying at times and constantly text you, but that’s only because I’m excited that someone wants to get to know me and actually means it. So if I come off that way, please don’t push away; it’s my way of showing how much I care about you.

I have such a big heart to offer and I’ve given it to the wrong people. My heart aches constantly because I never get that favor in return. But when I finally do, it will ache for all the good reasons. I’ll be there for you, always. If you’re having a bad day and need someone to cheer you up, if you need someone to remind you how amazing you are, or if you just want to talk about something random, I’ll be there. I’ll stop whatever I’m doing and respond, because I will take the time out of my day to show you how much I care; you won't have to second guess it.

“I’m not the best, but I promise to love you with all my heart.”

I promise you that this isn’t a game to me. I don’t toy with people’s emotions like others have done to me. I never want someone to experience the physical and mental pain that I’ve gone through my whole life. I promise to make you a better person each day. I’ll tell you how much I care about you and how much I love you, because when I do say those three words, I’ll mean it more than anything. And I hope that you will too. I’ll show you a kind of love that you couldn’t imagine. I'll make all your troubles and worries go away and make you the happiest person you've ever been. I'll make you smile so much your cheeks will hurt and laugh so hard that your stomach will hurt. I'll make your stomach get butterflies whenever you think of me or we're together. I'll make your heart race so fast it won't stop and I'll fill it will all kinds of love, the right love. But more importantly, I’ll mend your broken heart of all your past relationships and you’ll never have to question why they didn’t work. Because this one will.

QueenRadhi
The State University of New York at Stony Brook
3545