To The Girl Who Wears My Jersey
Odyssey
CurrentlySwoonLifestyleHealth & WellnessStudent LifeContent InspirationEntertainmentPolitics and ActivismSportsAdulting
About usAdvertiseTermsPrivacyDMCAContact us
® 2023 ODYSSEY
Welcome back
Sign in to comment to your favorite stories, participate in your community and interact with your friends
or
LOG IN WITH FACEBOOK
No account? Create one
Start writing a post
Sports

To The Girl Who Wears My Jersey

Now that you wear my jersey, here's what I'd like to tell you. 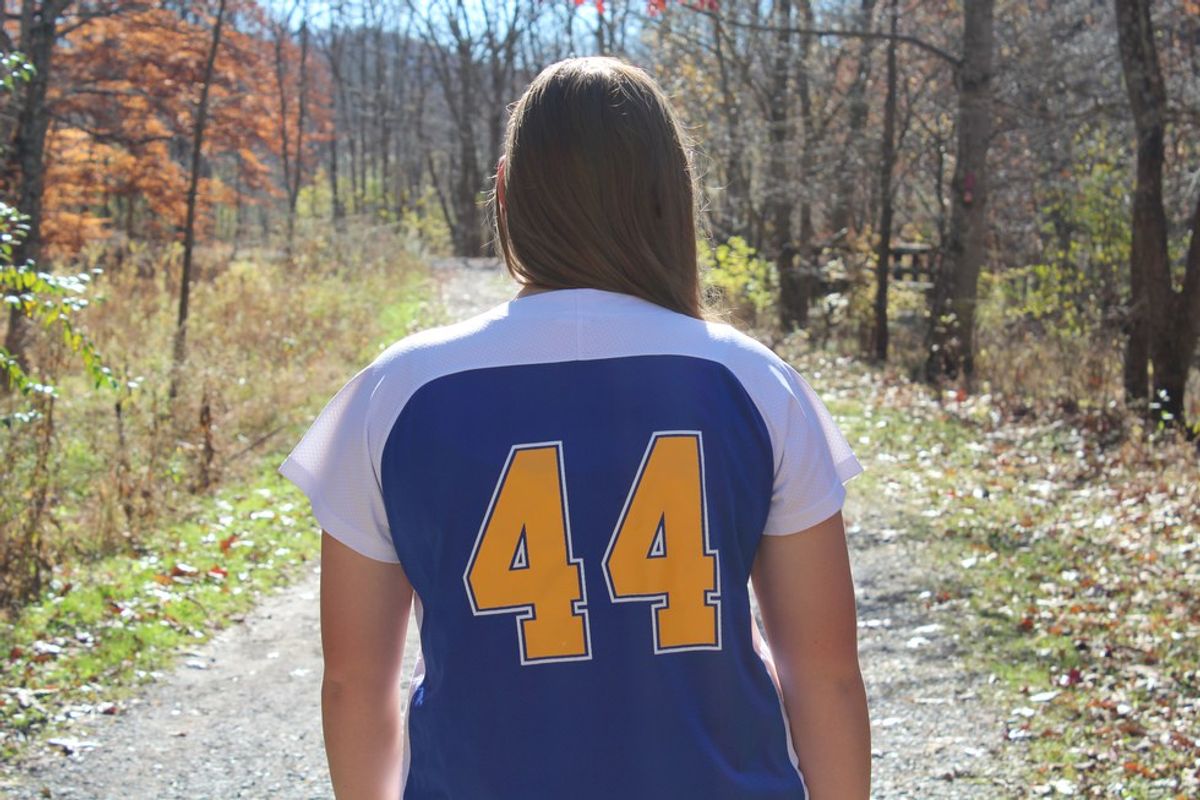 To the girl who wears my jersey,

As an athlete, a jersey and number is more than just something you wear during a game. It means something more to an athlete.

One of the saddest parts of an athlete's career is when they have to give that jersey up for someone else to wear when they move on in life. After sitting in a box for a couple of months after graduation, another athlete comes along and takes the jersey as their own.

So, here are some things I would like to say to the girl that is wearing my jersey.

I hope you are working hard at the game. I hope that you are putting in extra hours when practice is over and giving your 110%. Enjoy the time you have now because soon it will be gone. It goes by in the blink of an eye and before you know it you will leaving your jersey behind just like I did, so cherish every moment. When I wore that jersey, I thought that the games and practices would never end until it got close to the end.

That jersey you're wearing has been through everything. It's gone through winning streaks, heartbreaking losses, comebacks, and blowouts. It's full of memories that I made with my teammates for years. There were the long bus rides or the pregame traditions.

There were the times we went out to eat and I got food on it, and times where it held my tears after a tough loss. That jersey you have has literally been with me through blood, sweat, and tears. It's seen all of the hard work I have put in on the field or court. I met so many different and amazing people in that jersey. I've played for coaches that have shown me perspectives of the game that I never saw before.

I traveled to small towns, big cities, beaches, and other places I never thought I would see. It's an exciting time when you have that jersey on. You will meet new people, learn new things, and travel to places you never thought you would go before.

The jersey you are wearing means something to me because I picked it for a reason and wore it for so many years. I picked the number on the jersey because it has a story, like every athlete's number does. The story can be as simple as it was picked for me and grew on me, or it could be your role model wore that number, so you chose it too. Another story could be that a family member wore it so you carried on the tradition. Whatever the story was, it's your turn to add your story to the jersey.

Be legendary. The truth is sometimes when someone thinks about that jersey you're wearing they'll think of the people that wore it before you. They think of the way the ones before you played, but that's all going to change. You are going to be added to the legacy and tradition. It's time for you to make your own legacy and name for yourself.

It's about making people think that whoever wears the number next will be as great as the one before. Play to the best of your ability and work hard every day to be better than the next girl. Play with heart, be humble, and don't disrespect the tradition, team, or organization you are a part of.

Finally, play for someone other than yourself. Play for the name on the front of your jersey more than the one on the back. Play for everyone who got you to the point you are at now. Play for the ones who don't have the opportunity to play the game you love. Play for the little girl who watches you. Play for all the ones who wore the jersey before you.

Above all else, be your own player, create a name for yourself, and be humble.