To The Coach That Broke Me, Part Two

To The Coach That Broke Me, Part Two 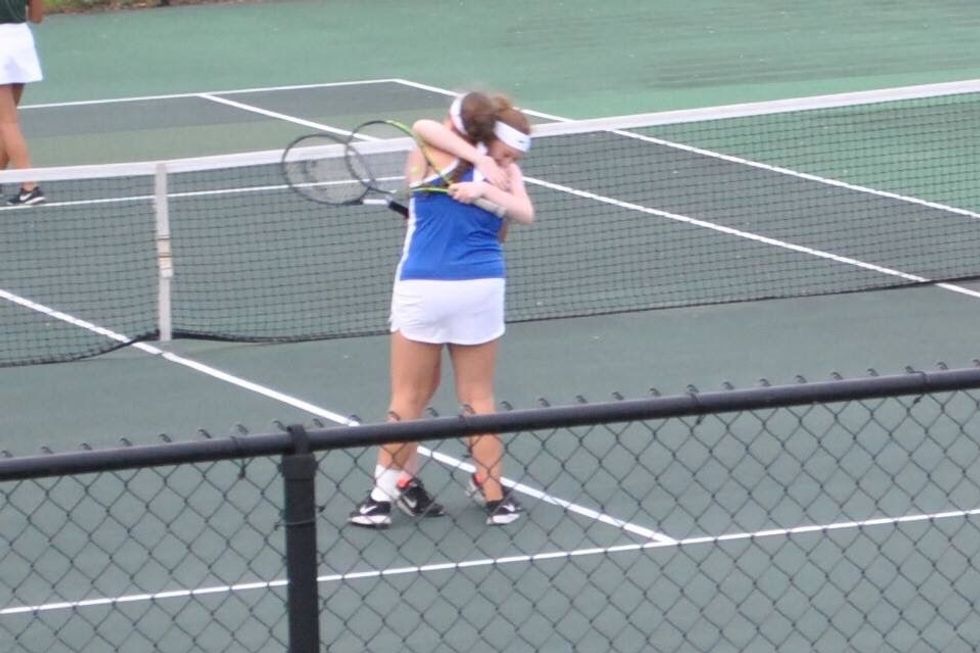 Back in April, when I decided to write an article on my life-changing experience with my high school tennis coach, I wasn't sure what type of response I was going to get. I made the very conscious effort to leave any names out of the article, but given that the high school I went to, and the community I live in is very small, even without the mention of specific names, it was clear who this coach was and who the article was about. I was nervous to publish the article because of this but went ahead with it anyway -- I think that the story has multiple layers of importance to it and is something people can learn from.

When I publish articles, I always post them on my Instagram story. With this particular article, it was no different. Even though I was a little apprehensive, I shared it so others could read my story in hopes that it would resonate with readers who may have had similar experiences.

That day, my DMs were filled with people sharing words of encouragement, and support, similar stories with other coaches/mentors, and even some stories regarding the same exact coach.

While I wasn't surprised that some were able to relate to this story, it was very alarming just how many were able to. For those who had similar experiences with my coach, I was shocked at just how different everyone's story was. It is unimaginable that a human being could treat others so terribly in so. many. different. ways.

The thing about this coach is that he appeared like such a great guy. He came off as this happy go lucky, outgoing, really genuine man. For those who don't know him very well, the stories his ex-players tell, including me, sound hard to believe because he does seem like such a nice guy.

But that is all a part of his facade, and why he is and has been able to get away with this mistreatment of others for so long.

As I have mentioned before in some of my writing, I work at an ice cream parlor. The other day, my coach came in with his family and I had to wait on him.

When I saw a car pull into the parking lot with a Villanova bumper sticker on their car, I was looking to see who it was! Maybe it was someone who had gone and would see on the tip jar that I go there and give me advice! Or maybe it was a Nova basketball superfan!

When I saw who it was, my heart dropped. I hadn't seen him in years.

When he came up to the window, even though my mask he knew exactly who I was. He began to order for all of his family. But there was something off about him. While ordering, he acted somewhat sheepish. He didn't seem like his normal cocky, arrogant self. Maybe it was because for the first time ever, I was in charge of the situation. If I felt like it, though I would never, I could charge him $50 for a small ice cream cone.

As I completed his order and rang him out, my adrenaline was pumping. I couldn't believe I was face to face with him. I could say anything I wanted to him. But in truth, I didn't have anything to say. I don't want any type of "revenge". I came out on top. He is the reason I got into the school of my dreams, and he's the guy repping me on his car with his bumper sticker!

As he walked away with his family, his father was the last to get his cone and pointed out the college fund. As he threw some loose change in there, I said "thanks, appreciate it, I go to Villanova!"

My coach and he both scoffed at me and walked away as I slammed the window shut.