To My First Love
Odyssey

To My First Love 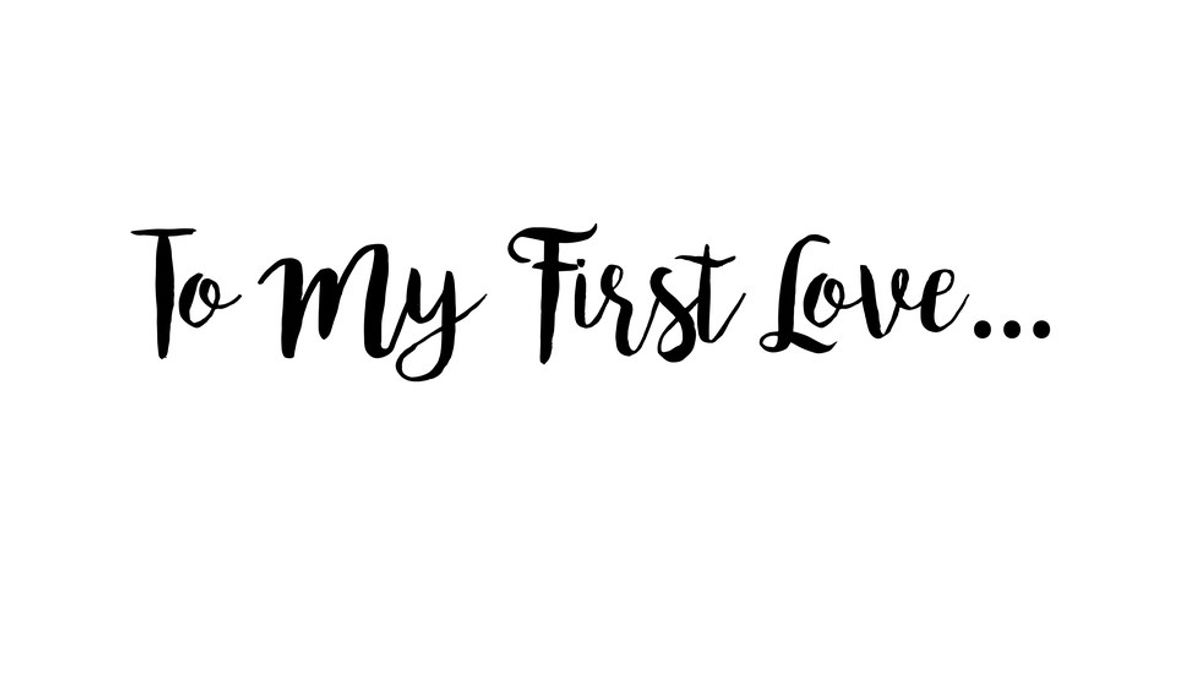 As someone who has had walls built up their entire life, this is a lot for me to say, especially publicly. And you may not realize it, but because of you, I feel confident enough to post this. This is not a love letter, but it's also not a goodbye.

As I watch what once was slowly slip away from the building of stress, distance and just life in general, i start to reflect on why exactly I am grateful for you.

I used to be very afraid of everything life had to offer. After losing people I loved dearly and having been taken advantage of other guys, I never thought I could be truly happy. Friends had come and gone throughout my life, but you were the only one who came back to me. You also happened to be the only friend I fell in love with.

It happened slowly, then all at once. It started just as a lingering thought. But after months of phone calls, mix CD's and laughter, I was a goner.

And this may seem insignificant, but after months of being mistreated by someone else, I fell in love with the thought of being treated right. I thought I just liked the idea of you, but things began to change. I told myself I wouldn't and beat myself up over having the smallest amount of affection for someone again. I spent nights lying in my moms bed with my head on her chest sobbing at the fact that I could get hurt so bad again, even if I knew it would not be intentional.

I didn't mean to fall in love with my best friend and if the feeling is entirely mutual, I know he didn't mean it either. I remember the first time we kissed , he said our timing was never right, for I was heading off to college and he would be stuck in high school. But for some odd reason, it felt right. And maybe we needed it to feel right while it did, because maybe that was our only chance, as much as it pains me to say.

It's not the easiest thing to accept as I watch our nightly phone calls and goodnight text messages slip away for the moment, but there is a voice inside me saying this is not the end.

In the past few weeks, I've spent my nights in the comfort of Taylor Swift songs and friends telling me, "It will be okay," and, "he'll realize what he's done wrong," but honestly you have done nothing. I blame none of what has become of us on you. I blame it on time. I blame it on the fact that we are in two different times in our lives and we cannot find a happy median right now. I blame it on our combined stubbornness and lack of communication skills. But most importantly, I blame it on life itself.

As previously stated this is not a love letter, but this is a Thank you. I have said it before too many times before, whether it was with a hug, a kiss or a cake pop. But I don't think you can say thanks enough. I wouldn't be the person I am today without you. Years of people telling me I wasn't good enough was made up for when you came into my life. If it were not for you always pushing me to be better, I wouldn't be knee deep in a 6-month study abroad application right now or let alone, be willing to go follow my dreams.

If we ever find that happy median, i will be satisfied and if we don't, I will be too. Because I know I will always have you as my best friend, who also happened to be my first love.