To My Parents: For Always Saying 'OK'
Odyssey
CurrentlySwoonLifestyleHealth & WellnessStudent LifeContent InspirationEntertainmentPolitics and ActivismSportsAdulting
About usAdvertiseTermsPrivacyDMCAContact us
® 2023 ODYSSEY
Welcome back
Sign in to comment to your favorite stories, participate in your community and interact with your friends
or
LOG IN WITH FACEBOOK
No account? Create one
Start writing a post
Relationships

To My Parents: For Always Saying 'OK'

I don't have a plan - but you're standing by me anyway. 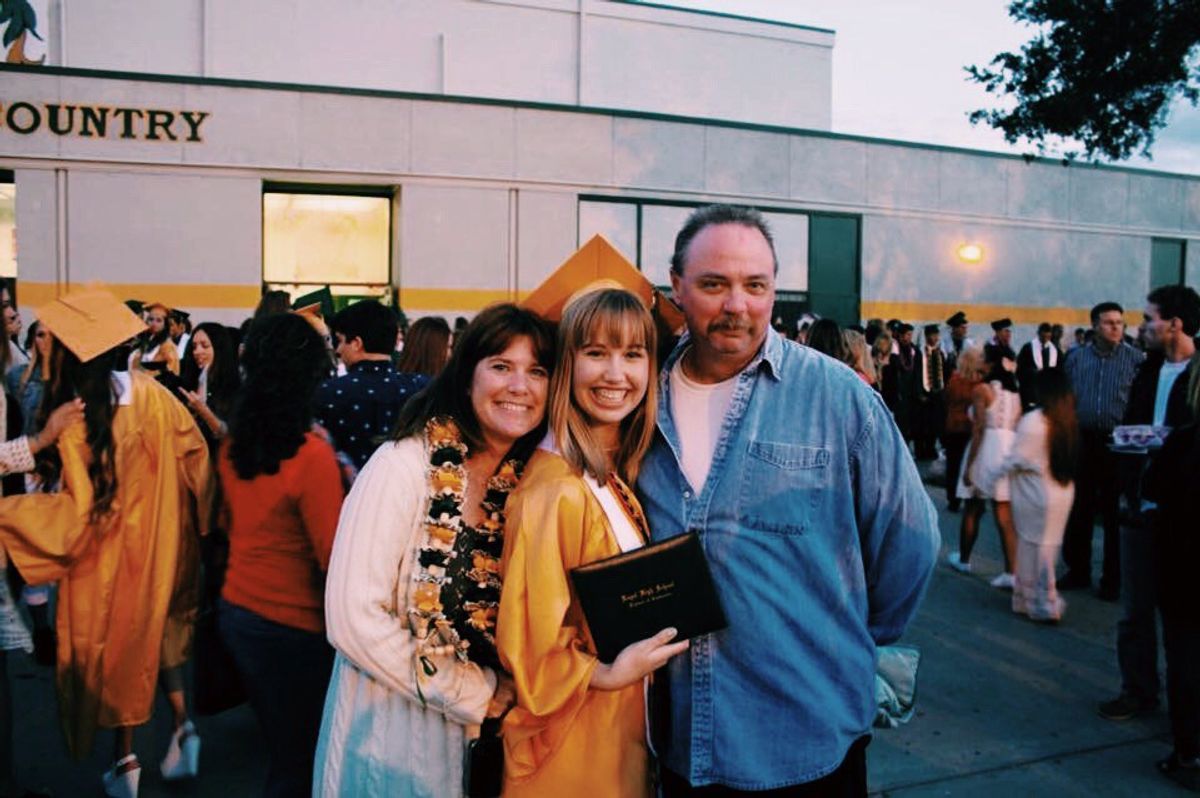 I’m at an in-between phase in my life right now. A phase filled with beginnings and endings and – worst of all – decisions. I’m starting this new writing opportunity, making plans (or rather, trying to make plans) for next year, in the middle of tackling winter quarter, haven’t seen my best friend in two months and won’t for at least another four, and have binge watched so much "Grey’s Anatomy," I’m starting to forget I’m studying to be a writer, not a doctor.

I miss you both. I miss home. And I’m getting tired of this in-between phase.

I’ve got a lot of things to figure out and a limited amount of time to figure them out in. And I don’t just mean in an existential-crisis, "What am I going to do with the rest of my life?" sort of way (although, that is definitely in the back of my mind). These decisions are more along the lines of: what am I going to do next year, or next week, or tomorrow?

But it helps knowing that you’re both standing beside me, smoothing out blueprints and clearing paths as I go. It’s what you’ve always done.

Dad, my best memories are sitting on the front porch with you after you got home at night and talking about everything. We don’t see eye to eye on much, but for some reason, I can’t think of anyone better to talk with. Thanks to you, I’m able to go into any situation with an open mind and an ability to hear people out no matter their opinion. You led me by example when I was little, and that example has stuck with me even when you’re 1,000 miles away. I’m able to sit here in this in-between phase of my life and know that I have your full support, no matter what I finally decide to do. That support means the world. And – just so you know – I brag about you all the time, (mostly about how I get to drive a car with no doors).

Mom, I can’t get through a day without calling you. Whether it be about "Grey’s," or my dog, or how long I can get away without doing laundry, you always pick up. Thank you for picking up. Thank you for listening to me vent, for being the voice of reason, and for showing me that a strong woman is not necessarily an unflawed woman – it’s someone who sees her flaws, but focuses on her abilities. You’ve always challenged me to see my abilities. I hope you know that I’m finally starting to.

Mom, I still put your ring on my finger from the moment I wake up to right before I turn out the light to go to bed (at a time that you would probably tell me is way too late). Daddy, I don’t say I miss you nearly enough, because that’s just not what we do. Because, you know, I miss you. And if I said it, I would tear up, and then you would cry, so let’s just stick to sending each other witty jokes and one-liners, OK?

You guys know me. You know I like control. You know I get stressed easily. You know that this is a loud, huge, crazy world, and I am overwhelmed with how much I want to help it. Because you both have raised me with the desire to help it. You’ve never overpowered, or disregarded me. Every step I take is my decision and every word is in my own voice.

Thank you both for always asking ‘What do you want to do?’ For saying ‘You can do it.” But mostly – for always saying ‘OK.’

Nicole Marie Nigro
Individual Creator
7019
c1.staticflickr.com
Where to start...... Let me start with the cliche that life throws us curveballs and what we do with it is what counts.