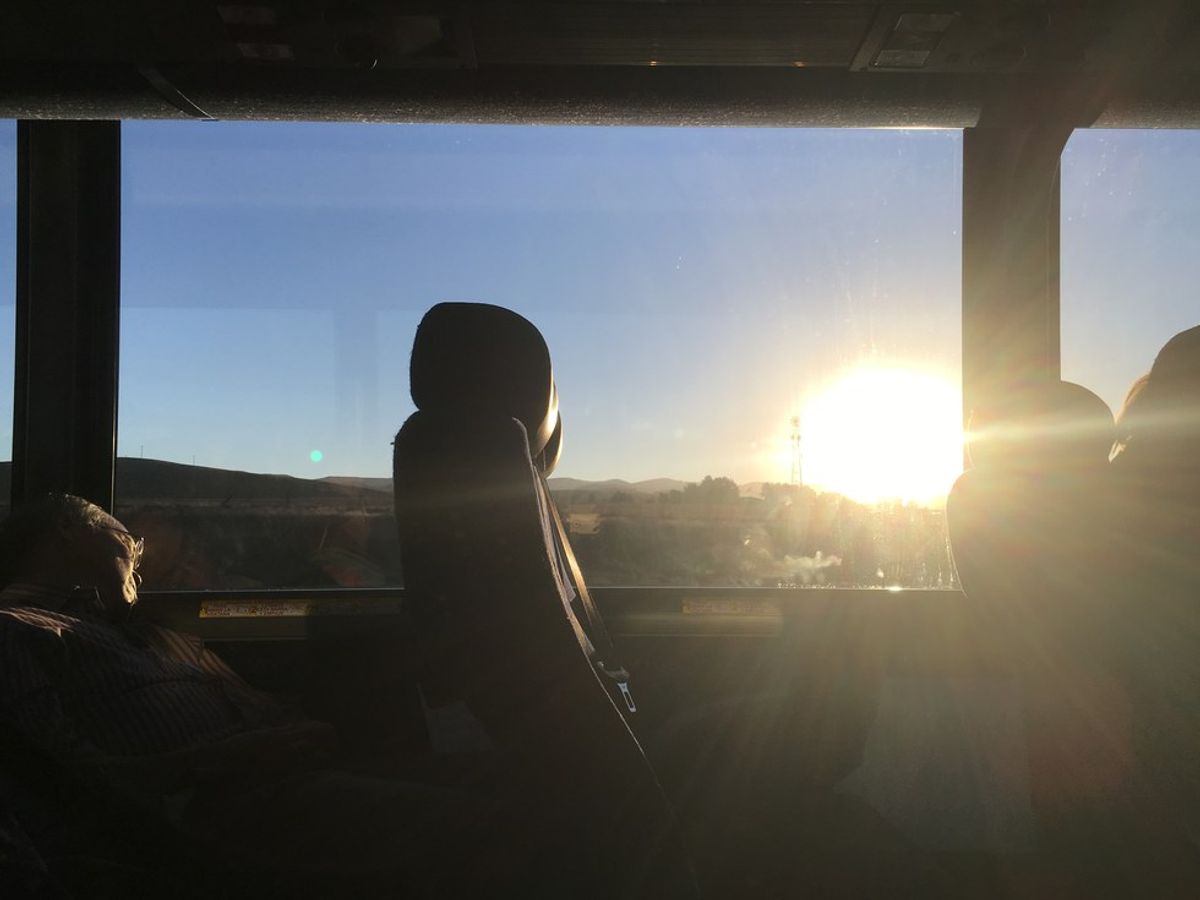 2016 was rough for the world. We lost many people: icons, role models, protestors, soldiers, fighters, innocent people who had been going about mundane tasks in another day of life. We lost order: Donald Trump becoming president, Turkey's attempted coup and following state of emergency, Brexit, police brutality, terrorist attacks and mass shootings around the world... But as we "take L's" left and right, it is of paramount importance that we don't lose hope. We must never lose hope. In a fit of the-world-is-our-oyster optimism, I emphasize that this mantra is imperative.

As homo sapiens, we have the most complex brains out there (and by we, I mean even Donald Trump whose recent tweets call into question the size, let alone presence of his brain). Within the last 2 million years, our brains have grown and developed to become increasingly capable of increasingly sophisticated activity. Unfortunately, in a sort of pandora's-box-esque manner, this development has made us capable of violence beyond our imaginations. From the inventions of everything from muskets to nuclear weapons, we've fulfilled and arguably surpassed our primal desire to "throw hands"; we now throw lives around as if it's merely a numbers game.

Throughout 2016, I found myself (I describe this as an individual experience so as to not insinuate cynicism amongst others, but perhaps you'll find this relatable) almost relieved when the number of people killed in a certain event was relatively low. Conversely, I felt shocked and grief over the loss of large numbers of lives. Perhaps it makes logical sense -- more lives lost should equate to more grief. But the people described in each news story aren't just a fraction of a statistic, they are people, who had families and loved ones and communities. As we become increasingly capable of destructing lives, we lose sight of what it means to construct one. The care and nurturing and love that goes into a person's growth all can be lost in a split-second.

The value of a life cannot and should never be quantified. That being said, statistically speaking, losing one person in a sea of 7 billion total is trivial. Basic math can tell us that 1 in 7 billion is effectively 0. In fact, 30 in 7 billion amounts to almost nothing as well. But a life is not just a head count of a roll call, it is a life, and it is worth more than any number could even attempt to quantify. So by "statistics," unquantifiable amount in 7 billion is still and is forever unquantifiable.

I'd like to segue back to my brief discussion on brain development. We have unfathomably enormous capabilities to destruct and destroy and demolish, but on the other hand, we have an even larger capability and furthermore, propensity to love. According to David Presti in his book Foundational Concepts of Neuroscience, "Contemporary research in biology and psychology of emotion demonstrates that the human capacity for compassion and kindness is strong -- perhaps the strongest and most natural of our behavioral tendencies." Compassion and kindness on every level, person to person, village to village, country to country, is incredibly important. I'm a firm believer in the power of love. I truly think that if we begin to value life for its unquantifiable worth, that we will in turn treasure it more. People say that you don't realize the value of life until you're close to losing it. At every moment of life, we are close to losing it.

2016 has shown that anyone can lose their life at anytime, anywhere, for any reason. There are 7 billion people in this world, which means 7 billion intertwined lives that have impacted, inspired, and embraced each other.