To Anyone And Everyone Feeling Like They're Not Enough

To Anyone And Everyone Feeling Like They're Not Enough

Some words from someone who's been there. 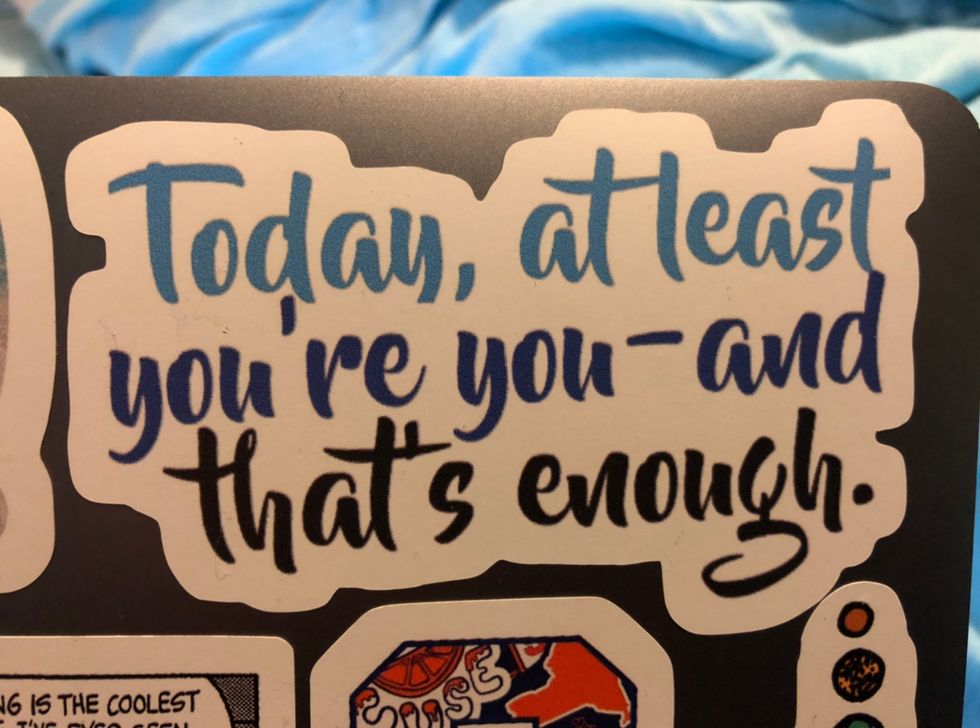 To those who read the title and don't exactly understand, I hope you never do. To those who do, I've been there. Multiple times, in ways I don't have enough words (or sometimes no words at all) to describe. Feeling inadequate is one of the worst feelings in the world, at least in my opinion. It's something I wouldn't wish on my worst enemy.

It's a state of mind that's extremely difficult to explain, and is therefore even harder to figure out and work towards getting out of. It's something I've grappled with time and time again, and something I unfortunately allowed to spiral at one point or another.

Once you're there, it seems almost impossible to get out. Not much can be done to help it, as it's never as easy as saying "stand up and like yourself." Learning to accept yourself, let alone love yourself, is so much easier said than done. I'm not going to write out a list of steps stating a golden formula on how to do it, because it's not that simple.

It's different for everyone... Sometimes, it just happens. Other times, it takes an insane wake-up call. It can also be something in between. One way or another, it's insanely difficult.

I will, however, say that it's possible. I've been in that spot - admittedly, getting out of it is still a work in progress. But I'm honestly in a pretty good place - the best place I've been in for quite some time - and am bettering myself every day. I can't tell you exactly how I did it, because I honestly don't know. But I'm so beyond grateful that I did.

I can't exactly describe how I'm feeling, but I'm definitely accepting myself more than I had been for a very long time. That's something I never thought possible, and it's something I'm happier about than I can describe.

The quote on this article's cover is a sticker on my laptop. It's a quote from Dear Evan Hansen, one of my favorite musicals. "Today, at least you're you - and that's enough." I see it every time I open my laptop, and it's a nice reminder to myself. I'm enough... I'm more than enough. And I should never put myself in a position in which I feel otherwise.

That statement took a long time for me to say, and an even longer time to believe. To anyone who identifies with the title of this article, I hope someday you come to terms with it, too.