Tips For Talking To The Girl Of Your Dreams

Tips For Talking To The Girl Of Your Dreams

Ever get nervous talking to a girl? Not sure how to approach that girl you are in love with? Use these simple steps to (maybe) get any woman you want. 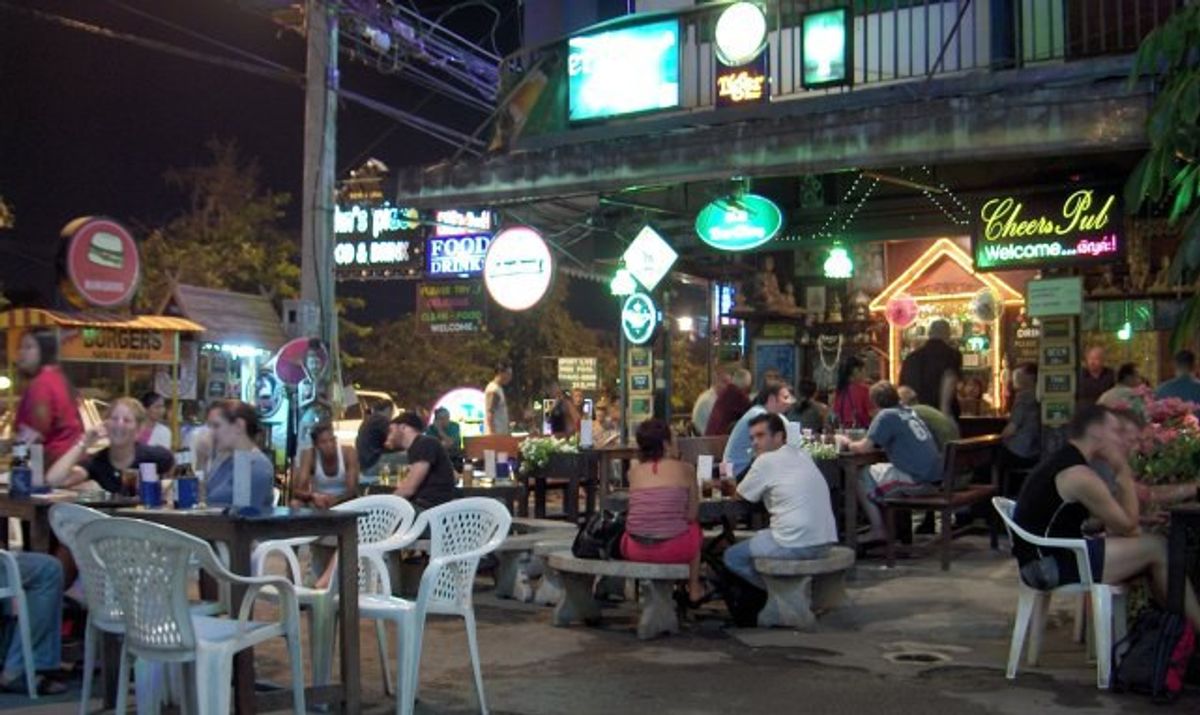 Every weekend night—and some weeknights, too—lots of the cool boys from Ohio State will hit the bars to try to land the right woman. For what? Just that night? Maybe the rest of their lives? Love happens everywhere. It’s a tradition that goes back as far as time.

Lots of these fellas won’t meet the girl they want, though, because they don’t know how to behave socially. They don’t know how to feel the mood. Well good thing you happened upon this article because I am super good at talking to girls. I am probably the best out of all my friends. But enough about me, let’s get you to some tips that will land you any woman you want.

Talking to new people can be very difficult, but think about how many opportunities you’ve lost because of an unfounded fear. It is OK to be nervous talking to a new girl, but you just have to recognize the anxiety and be able to power through it. Plus the more women you talk to, the less anxiety you will experience.

2. Be yourself (unless you should not).

A lot of people will tell you to be yourself, but I do not think that is always the case. I have met plenty of people who are total jerks, and I would much prefer them to just pretend they are a nice person all of the time. Women are kind of the same way. For instance, if you are a person who finds himself not being able to talk to girls or get funky by being yourself, you should totally pretend to be someone cooler.

What’s a girl’s biggest turn-on? That’s easy, it’s your high school accomplishments. Every 20-something girl at a bar is secretly hoping some hunk in a varsity letterman’s jacket is coming to sweep her off her feet. Doesn’t matter how a guy in high school got in a bar, you can worry about that while you are going home alone.

All women love magic tricks. That is why all of those hunks keep landing women by pulling quarters from behind their ears and all of that business. If you know how to work a Rubik's Cube, then that’s even better. Every woman loves seeing a fella with tricky fingers because it lets them know you can do fun stuff when holding hands.

Girls don’t need to be spoken to for them to feel attraction, right? That’s why I don’t think it is always necessary to talk to girls to get with them. There is nothing wrong with staring at her from across the bar while she talks to some other hunk for a few hours. She’ll see that you are waiting and understand you put eye dibs on her. They will respect you for this. Most girls will agree that their biggest turn-on is a very quiet guy from across the bar who may not have the courage to speak to them.

I was super suspicious my ex was looking at my computer when she was not invited to, so every time I left my laptop open near her I would Google “How to tell your girlfriend is a witch,” and then put my computer on a separate tab. That way when she inevitably snooped she had a few options: 1. Admit to being a witch; 2. Perform behaviors that indicate she is not a witch (i.e., not read "Harry Potter," vote Republican, etc.); or 3. Ask me why I suspected her of being a witch. Either way, I am the winner.

I think we can all agree from what we learned in Salem—magic can have a horrible, horrible impact on a community, but it cannot outrun shrewd logic.

A few weeks ago, Chad texted me to meet up at the O, which I was totally excited for because he had been Snapchatting me off and on for the past little bit. But when we got to the O, literally the first question he asked me was, “Oh, do you know if your Big is coming by?” Which kind of hurt because, while I have no issue with him hooking up with my Big, that’s such a low blow to use me to get her. Like, hello, I am a person, too, you know. As if I was not going to tell her that happened. Are you kidding me, Chad. And Chad ended up going home with this girl in AZD (because while he is a betrayer, he is still a real hunk), so the point is that I recognize deserve so much better than him. I am OK.

8. Have a great conversation.

A great question brought up to me was, “Is dispassion the essence of justice? Is justice delivered without dispassion in danger of being injustice?” I often ask this question to girls at bars and have a great conversation about justice and liberty after, and then try to do some consensual activities following.

Thank you for reading the whole article, and may God bless the United States of America.