The do and don't of going it alone! 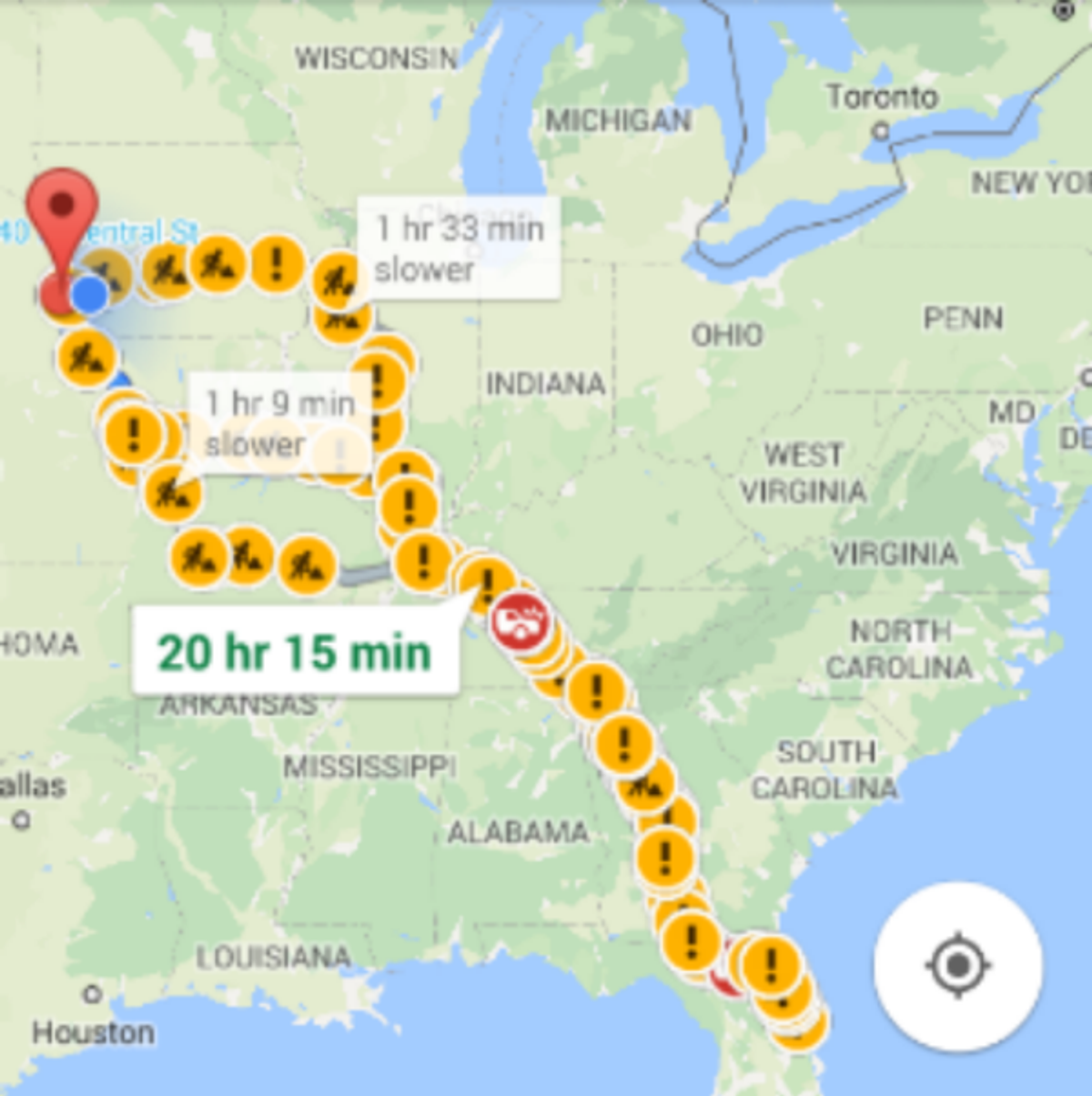 21 hours of driving through every type of traffic and rain that made it almost impossible to see.

Prior to this adventure, the longest I had driven was 8 hours. So it's safe to say that I thought this was a GREAT idea. I totally won't crash and die.

Anywho, I made it. I drove 14 hours before I needed to find a rest stop (which freaks me out, I could barely sleep without fearing someone would rob me)

So, I think I am pretty qualified to aid you in your future solo road trip.

Before anything else, get your vehicle inspected.

I found out I needed a new battery and tires, the day I was supposed to set out.

I would have ended up on the side of the road half way through if I hadn't checked before hand.

I don't usually care for energy drinks but these might have saved me a lot of rest stop visits.

They aren't too high energy, so it was perfect for taking sips whenever I felt tired.

These and mint gum. I don't know about you but I can't sleep with gum in my mouth, or the terrible taste in my mouth, these two combined, gave me.

So, I love pea crisps, but I also wasn't paying attention when I bought them because I was raving over the fact that the gas station near my house, even had them.

SO INSTEAD OF INDULGING IN THE WONDERS THAT ARE PEA CRISPS, I ACCIDENTALLY GOT WASABI RANCH FLAVORED.

The taste alone kept me up for a good hour.

Listen, I'm not knocking the product. I've never cared for spicy anything. So, you can imagine my shock when this atrocity violated my taste buds.

I tried to push past it because I could vaguely taste the chickpea deliciousness but, the wasabi flavor was too overwhelming.

3. As much as I hate them, keep rest stops in mind

I maybe made it 14 hours before I started seeing things that weren't there.

For the safety of me and everyone else on the road, I found the nearest rest stop and tried to nap for an hour.

Rest stops freak me out so it was really only 30 minutes but, It still helped.

This place is devil's playground for road trippers.

I don't know what happened but every turn my GPS told me to take in my town, added time onto my ETA.

I ended up taking a road that leads to a shadowy factory, at some point.

I won't even get into how terrible the roads were set up. I got so frustrated with the amount of wrong turns I took.

I almost broke down in tears, AND THEN ST. LOUIS TRIED TO MAKE UP FOR IT BY SHOWING ME A REALLY COOL BRIDGE. Which only slightly cheered me up.

...that you are going to think everyone on the road along the way sucks at driving and should have their license removed.

I'm old fashioned, so I had a bunch of CD's on hand whenever I got tired of the overabundance of country stations.

But Spotify works too, I guess. It's hard to pass out on the wheel when you're summoning your inner international singer.

8. Finally arriving might be one of the most glorious feelings ever.

In total, I drove 21 hours and 45 minutes. Alone. I didn't crash, I didn't get pulled over a single time. (For me, that is impressive).

Do I recommend it? Hell, no.

But if you are anything like me, you don't have a choice because who wants to pay $600+ a ticket to fly there?

So, the least I can do is try to keep you safe on your adventure.

Do you have a solo road trip adventure? I'd love to hear it.