A Ticket To The Mind Of Lemony Snicket
Odyssey

A Ticket To The Mind Of Lemony Snicket

"What is happening is like being struck by lightning." 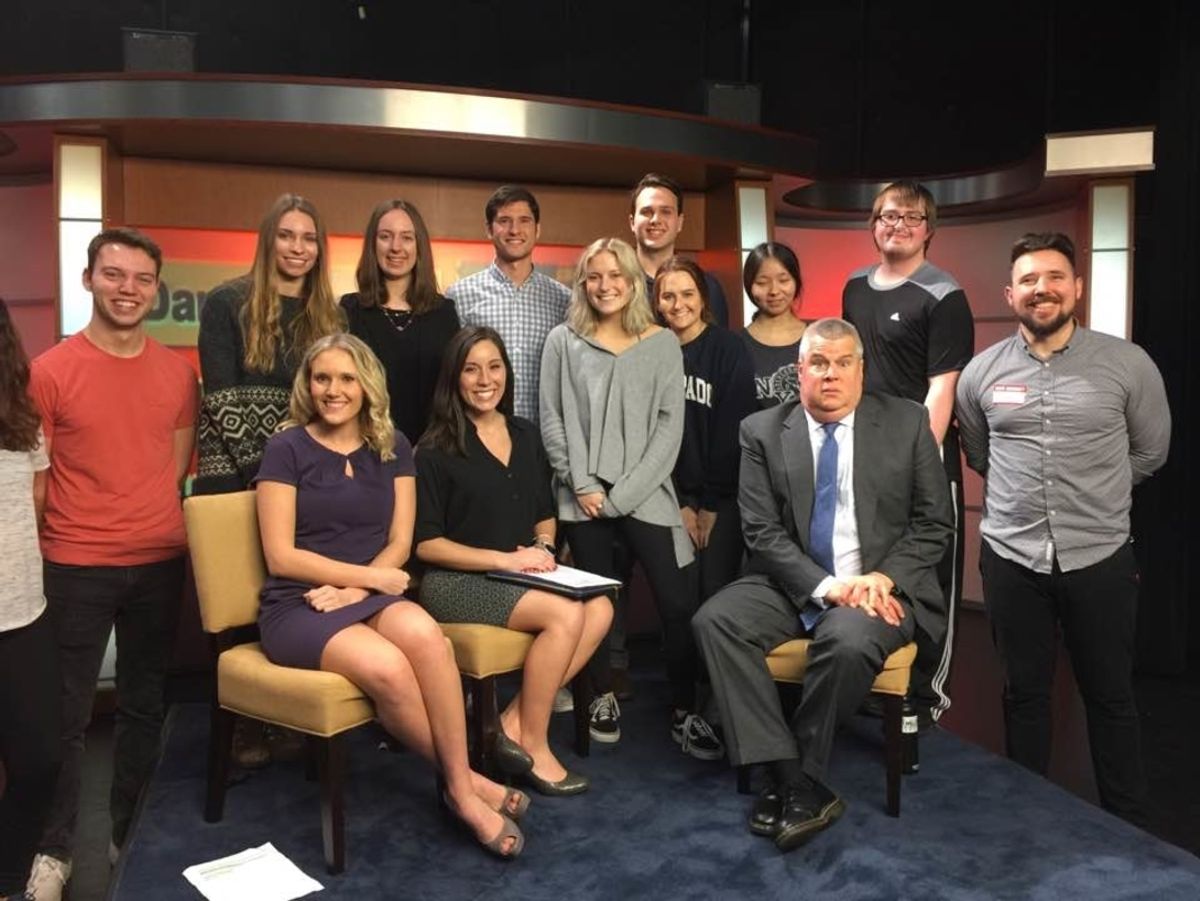 Let me preface this by saying that if you ever get the chance to meet Daniel Handler:

He's incredibly witty, personable, and downright hilarious, and it's impossible not to laugh while talking with him. I got the opportunity to sit in on his press conference at Miami University on February 19th, and I was able to see him again that evening for his lecture.

When asked about the inspiration for "A Series of Unfortunate Events," he said it comes both from books he's read and from life experiences.

"I spend a great deal of time reading strange things," he said. Handler also takes long walks around his hometown, San Francisco, and he draws inspiration from the moody weather and aesthetic of the city.

Handler's decision to begin writing began with his consistently curious way of life.

"I was always curious when something happened. That's when I knew I wanted to be a writer — I wanted to make things happen."

As for his hit series? "I wanted a series of unfortunate events and unanswered questions."

On aspiring authors starting out, he had this to say: "It's lonely when you're writing to feel that no one is paying attention... I have sympathy for those trying to get into literature." He never expected any of his books to become the phenomenon they have, and he most definitely never expected to have any of his books made into films or a TV show.

"What is happening is like being struck by lightning," he said. He never expected to end up in Oxford, Ohio surrounded by tons of strangers who wanted to meet him.

Why choose Lemony Snicket as his pen name? The story is much more fascinating than you may think. While it was intentional to publish under a name other than his own, this particular pseudonym was a spur of the moment decision.

While researching conservative political stances for his writing, he wanted to have campaign materials such as stickers and pamphlets sent to him, but he didn't want his name on any mailing lists. A woman from one far-right group asked for a name for the materials to be sent to, and he responded with "Lemony Snicket." There was no reason for the name; it was just the first thing that came to mind.

She paused and asked if it was spelled how it sounded, and he said yes. He then asked her to repeat it because he had already forgotten what he said. The rest is history.

Before making his final remarks, he had a funny story to tell that he would remember his Oxford adventure by. Not far from our university, we have a little coffee shop called Kofenya. Based on the name, Handler apparently expected it to have a Kenyan vibe. Kofenya actually means "café" in Russian, and the shop, therefore, has nothing to do with Kenya. He was incredibly confused when it did not, and he had one thing to say about the place, the "great nation of Kofenya's" tragic flaw. The "tiny paper plates — what are they doing? It's either plates or no plates."

Whether or not you go into writing as a profession, you should still write out your thoughts and read great literature.

"As our planet has progressed, more and more people join that conversation," Handler said. This is "encouragement not only to be a writer, but to be a human being."

His one last general piece of advice? Don't travel with an accordion because it apparently gets you strange looks at the airport.

Caitlin Marie Grimes
University of South Florida
9181
Beyond The States