Through the Gates of Hell

Through the Gates of Hell 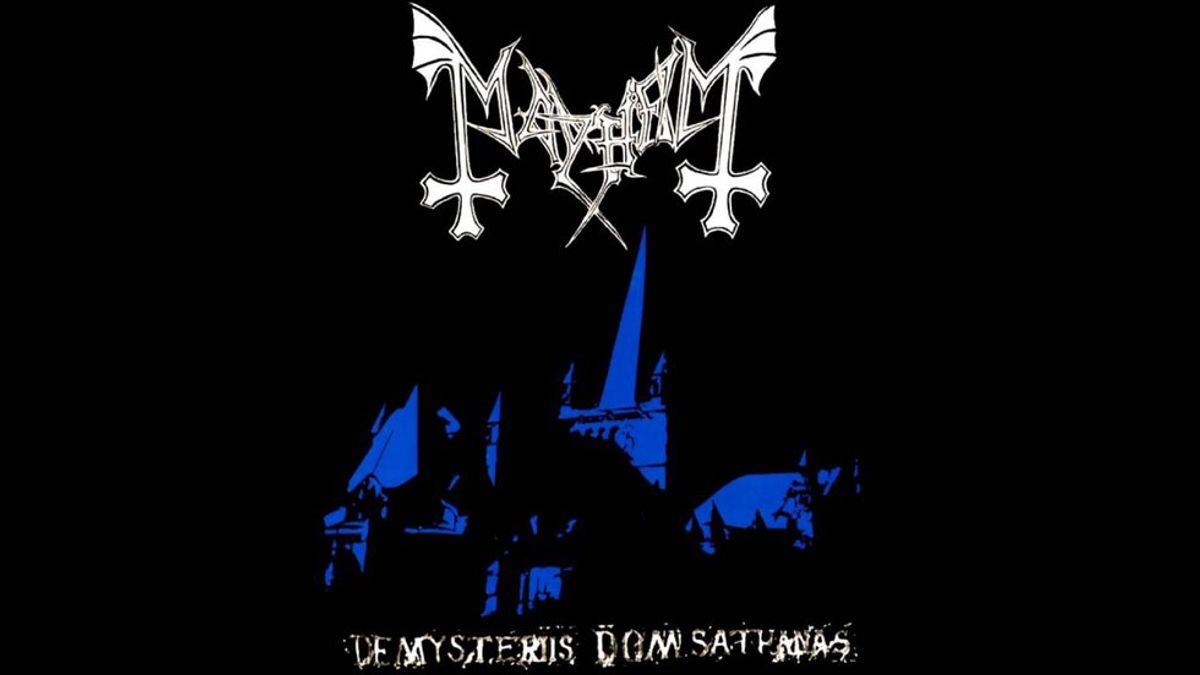 I went to Hell and back about a week ago, and it may have been the best time of my life. Down to Poughkeepsie me and my best friend traveled by car and by hell hounds to witness the spectacle of pure evil erupt and reign terror. The legendary Mayhem, lords of dark chaos and tyrants of the underworld graced the stage with their sinister presence and left us cursed and delighted. Though I'm sure to say this about every concert, seeing Mayhem live was truly spellbinding and it is here in this article that I hope to capture all their power and ferocity.

The Chance down in Poughkeepsie is the venue where the black music blessed me. It's a two hour drive by car full of convoluted toll booths and round-abouts but the journey is well worth the destination. Together me and my friend Taylor piled into my ten year old bucket of bolts and sped off into the fire. The trip was long, it was stressful and by the end the two of us were at our wits-ends but just as hope faded there it was. In the dying sunset of the west glimmered the unholy city, Poughkeepsie. It's a beat up place, falling apart everywhere you look, but even now I can't help but smile at its memory. I locked my car, we chugged our water and in great strides, faster than I can remember, Taylor and I passed under the gates of Hell.

The first band on was Black Anvil from New York City. Two guitarists and a bass player, all with much less corpse paint than you'd expect, filled center stage. Backing them up from behind was there potbellied, good humored drummer. Shirtless and covered in tattoos, that slapstick cloaked the sky in brutal beats and even sang along to the final melody at the end of the set. Their songs exuded amazing, classic black riffs that filled the ears of the club and got us all ready for the evil ahead. What really set them apart was their clean vocals, all three of them up there shared the role and couldn't have done a better job. I was surprised at first but like the rest of the crowd I soon became enchanted. These almost calming lyrics smoothed out the edges of an otherwise unforgiving band.

Next on the ticket was Inquisition. With a badass front man who sang and shredded guitar, and one helluva fierce drummer, this satanic duo dominated the stage. I knew none of their songs – never even heard of them before – but that first screeching riff of theirs sent me head-over-heels. Filled with far too much energy, the only thing I could do was jump into the mosh-pit and see how long I'd last. I learned a lot in that pit, dancing around, crashing shoulders I realized moshing is just like boxing. You can't stop for even a second, every moment is a balancing act between your fast tiptoes and crashing into ten other people just as sweaty and crazy as you. I did have to stop a few times, my body had enough and I slunk my way over to the side to get back to the music. I only went down once, and saw other people fall far more often, but dammit if that isn't the worst feeling in the world. If you go down in a mosh-pit you'll be perfectly safe, a group will huddle round you, pick you up, brush you off and have you on your way in no time. That doesn't make it any less embarrassing. Getting picked up like that is the only time I ever feel shame during those concerts. It's a sign of defeat, you entered the gauntlet but weren't tough enough to survive. Ah well, it only happened once anyway and in places like that all you care about is yourself and the music.

Blue and orange fog swallows the stage whole, its ghastly tendrils ropes us in and even the pit stops in fascination and terror. The gods, the demons, the all powerful Mayhem take the stage for blood rite rituals and black Satan worship. Three figures, hooded in pointy cloaks drift to the forefront of the stage. You can feel the omens in the air. It's impossible to tell who or what they are. Man? or some scaled demons scraped from the deepest corners of blackness. The only thing for certain is that their bony claws play the meanest, darkest riffs. In deep chords of depravity they fill every chamber with the sound of demonic hymns and misery. Hell on earth. Out of the fog hovers another figure putrid in design. He is the old one himself, horrific Attila. His robes are barley rags, torn every which way as the ends fall off his skeletal frame. His face holds a thousand scars of corpse paint and unholy fire. His screeching voice lays waste to angels in heaven and fills the minds of us onlookers with nightmares.

I should've been scared – and if I was normal I would be. But I'm not normal and I wasn't scared, I was the farthest thing from it. I was excited, completely cut loose and wild. Emancipated from the world and its bullshit I was just happy. As I fell through Dante's fiery layers it dawned on me, Hell was at my very fingertips and I wanted nothing more than to embrace it forever.