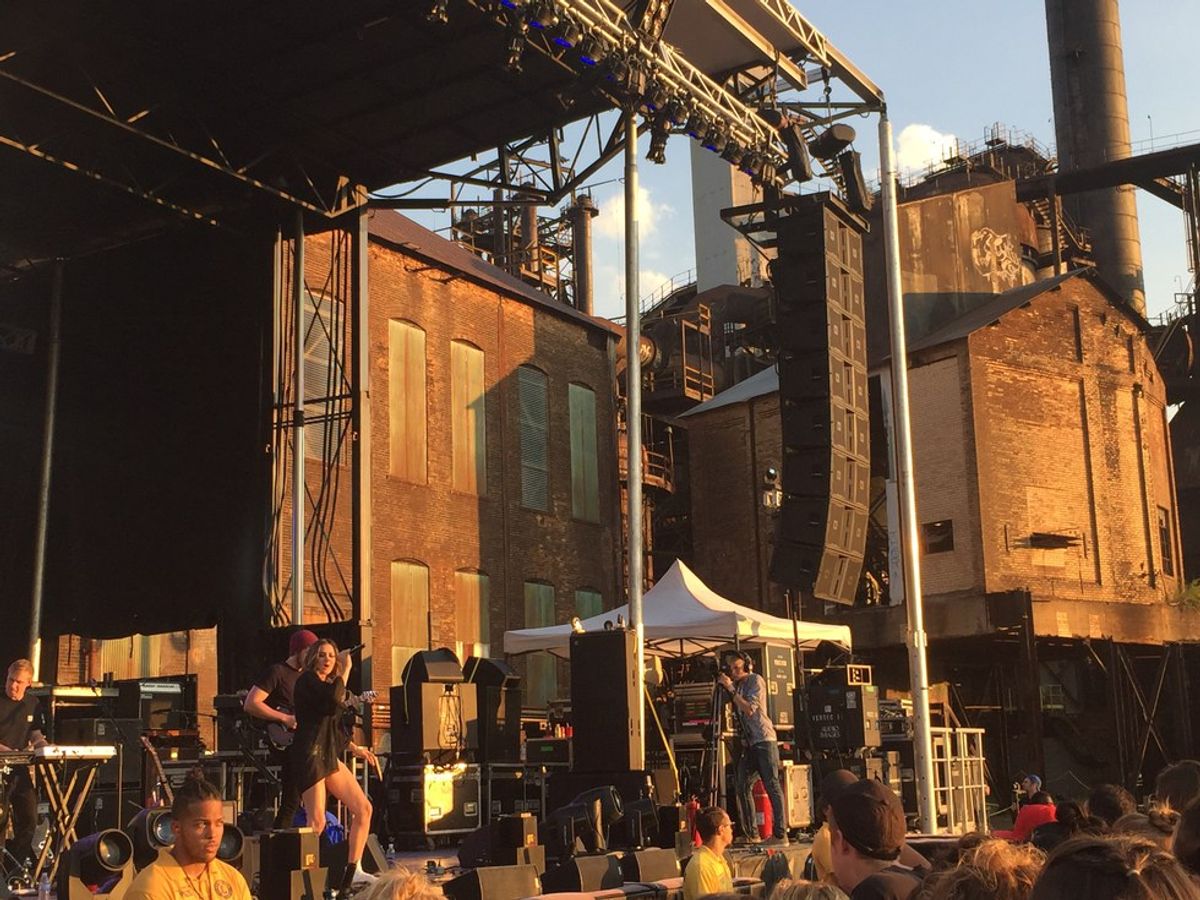 I was given the opportunity to go to Thrival Music Festival last weekend. The festival is a week of innovation followed by a concert series on Friday and Saturday. Thrival has been going on since 2013 and has a mix of different artists of different ages. I went the past two years to the concert and I have had so much fun. This year, I was able to be part of the festival's media and it was cool to sit back and just observe.

There are many different types of people that come to Thrival and they come from all over the United States. It is a festival none the less.

I arrived and was immediately in awe of the location. This year it was at the Carrie Furnaces and it was such a cool set up. It was so open with two stages close to the furnaces and vendors that were in a circle as if to seal the place. In the center of the place was a VIP. My two friends had VIP and with media I was told I could go in there. I was also told that I had photo passes. Neither of which ended up being true. There was a mix up with my passes which was okay, I just wish I would have known that prior so hopefully next time things go more smoothly. A guard even fought me on where I was and wasn’t allowed to be which was frustrating.

I would like to shout out to this DIY craft station that my friend and I made flower crowns. With it being a festival, it was a very good idea to have a station set up with donation so you could have fun. They mentioned how friends should never let other friends make flower crowns by themselves and it was just so cute. It was definitely a highlight for me.

The music this year was mainly artists with which I was unfamiliar. I came in with an open mind and ended up really enjoying myself. Daya being a hometown girl was really good. I knew of her and it was cool to see her live and meet her. The Chainsmokers were also so much fun. I was right up front in the pit and we were going so hard. My favorite thing though was just listening to all the different music and enjoying the atmosphere.

Thrival is just so fun and I can’t wait until next year. I definitely recommend going if you have never been there before. This year I had a lot going on so next year I can’t wait to go back and have more fun with new artists in a new place and hopefully be able to go do more. I look forward to watching it expand and become even more amazing than it already is.