I threw Away The Scale, And It Was The Best Decision I’ve Ever Made
Odyssey

I threw Away The Scale, And It Was The Best Decision I’ve Ever Made

I never really liked working with numbers and math anyway 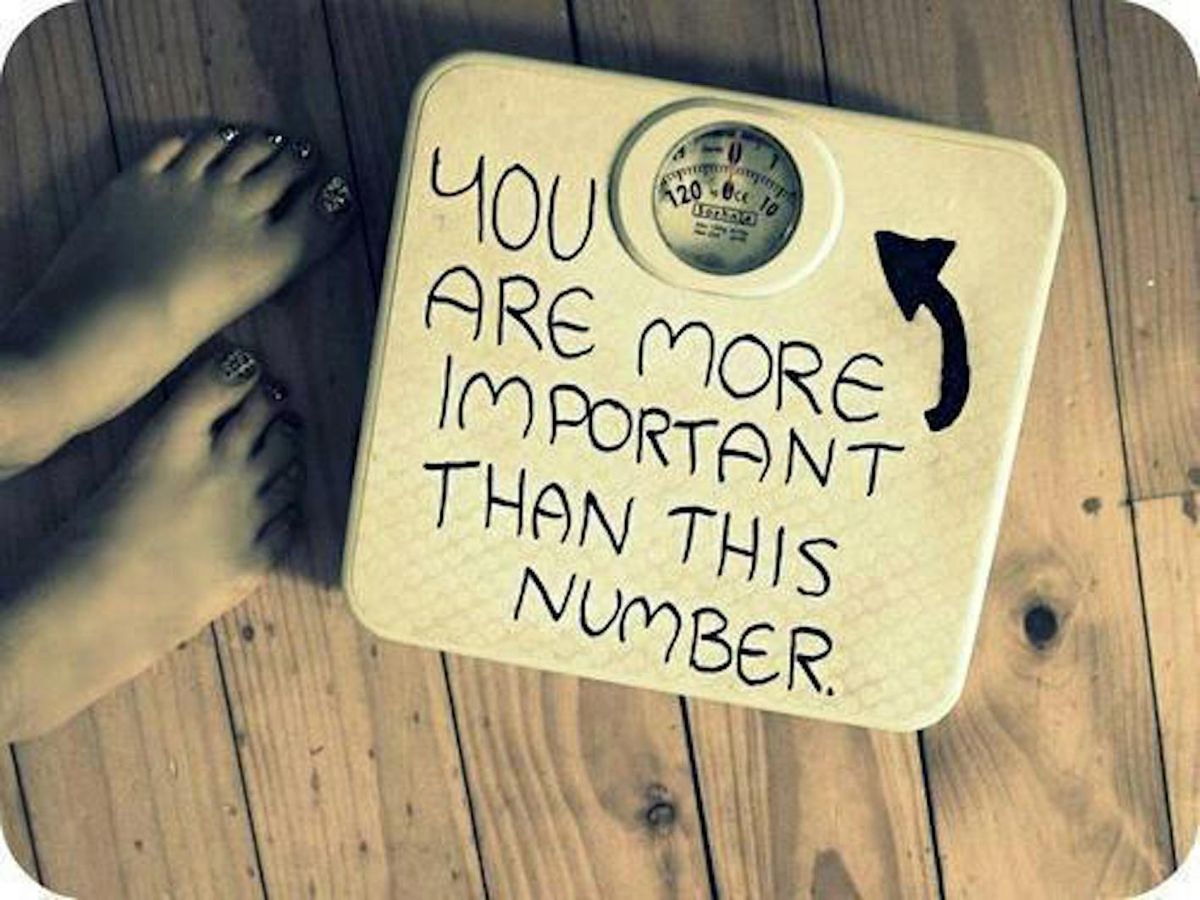 I want to begin by introducing you to my ex-best friend, the scale. During my struggle with an eating disorder, the feeling of being alone was masked by my new companion. This companion was someone who would never lie to me - or so I thought. I spent morning, noon and night checking in with my best friend. If anyone was going to reassure me and tell me I was doing a “good job,” it was my scale.

Looking back, I can see that this so-called best friend was the fuel to my fire and the gas to my engine. The scale literally would go up and down in numbers, and I would become obsessed with that number. My relationship with the scale was what one would call a love-hate relationship. One minute I would be overcome with joy when I saw the number drop, and the next I would be looking in the mirror and see a completely different person. This was a friend who would determine how I saw myself in the mirror each and every day - a friend who allowed me to feel confident in what I would wear to school that day, or not.

When I woke up in the morning, the first thing i would do was look at the scale. First things first: the number on the scale can legit change after one single meal. Every day our weights fluctuate, and fixating on the scale can seriously make us convince ourselves that we are gaining weight when we probably just drank a little more water the day before.

The scale did not let me see the truth; it actually did the opposite. The number on the scale determined how I viewed myself for an entire day, determined how I fueled my body, and determined how I acted towards everyone else around me. Was I really going to continue letting a simple number determine how beautiful I felt? I'm sure most of you reading this have seen that photo of multiple girls of all different shapes and sizes standing next to each other who all weigh the same? Think of that photo when I tell you this: the number on the scale sits on everybody's body differently, and this does not make one person better than the other.

My so called “best friend” was telling millions of people the exact same thing it would tell me, and yet every single one of them looked completely different then me. Why then, would I look in the mirror and see myself morph into every single one of them? How was my friend so strong that it could persuade me to see multiple different people depending on a simple number?

This is when I knew that this toxic friendship had to end. I gave my scale the boot and decided to put it where it belonged: in the trash, along with the lies it would tell me. Although the number may have been accurate, the image staring back at me never was. It was almost impossible to see my true beauty when a certain combination of digits would stare so fiercely back at me. Who wants to be friends with someone who doesn't allow you to see yourself as you are? A friend is someone who builds you up, not someone who tears you down.

The scale fueled my eating disorder in the cruelest way possible. If the number dropped, I would be fueled. If the number increased, I would be fueled. This was toxic. The power of the number needed to be destroyed, and I needed to get rid of it in order to learn that a number is just that: a number. It does not determine my worth; it does not determine anyone's worth, for that matter. A number on a scale does not make one person better than the other, and it certainly doesn’t mean someone is going to look a certain way. I've never really been one to love math anyway, let alone numbers, so finally letting go of the scale was a step in my recovery and my life that I will never regret.

The only time you should know your weight is when your doctor weighs you. Our weights can fluctuate over 3 pounds within a day or two depending on what we eat and drink or on our body cycle. Seeing the number change can be very discouraging. When working out, our weights can increase just because we are gaining muscle. Weight changes daily, but that doesn't mean because it goes up or down that our bodies are changing crazily. It's easy to get obsessed with numbers whether it be calories, macros, weight, etc. We should start going by how we FEEL when we look in the mirror, not what the number on the scale is.

I haven't weighed myself in 3 years, and I know if I did right now and saw the number - no matter what it was - I would look in the mirror and automatically look different. Between the time I step on the scale and the time I look in mirror, I can't possibly look physically different, but the mental power that weight can have on our minds can make a real mirror look like a clown mirror. This is true for anyone. Our minds distort the way we look in the mirror every day, depending on our mood and what we eat - so why make it even harder by weighing ourselves?

Go by how you feel in your own skin, how you look in your clothes, and how bangin' you look no matter what the number says. I haven’t seen this ex-best friend in over 3 years, and now I am confident that the image I see in the mirror is who I really am: FREE.