Three years ago this past summer, I had an experience of a life time.
Odyssey

Three years ago this past summer, I had an experience of a life time.

Traveling to Europe for the People to People Student Ambassador Program. 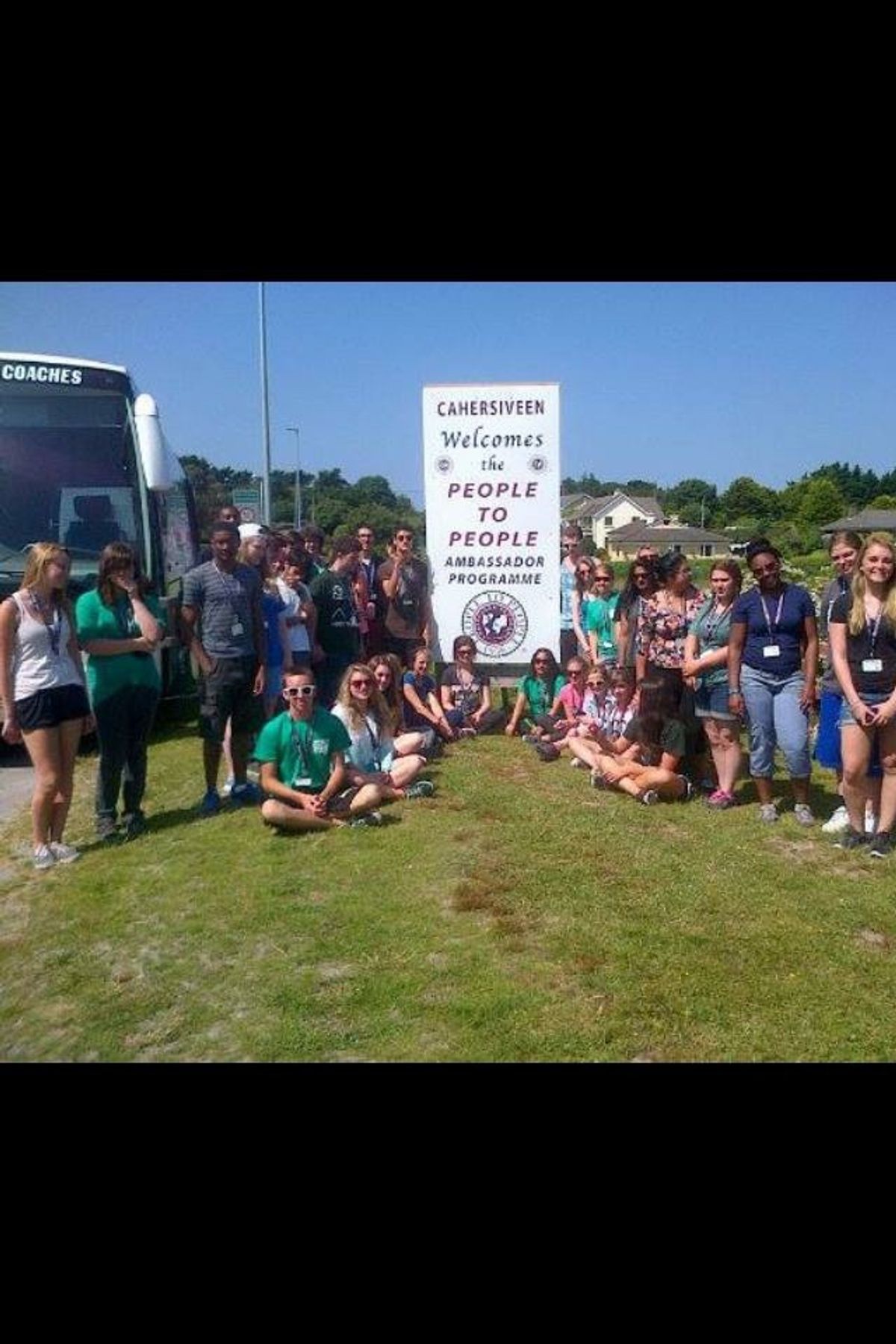 It was three years ago this past summer where I had the summer and experience of a lifetime. I had the chance to go to England, Ireland, Scotland and Wales on a People to People Student Ambassador trip. But before I get into my experience and what made it the best summer ever, let me tell you about the program, People to People Student Ambassador program, was a travel service that gave middle school and high school students the opportunity to travel and see the world. The group was founded in 1956 and closed in 2015.

On July 8, 2013 I boarded a plane with 15 other high school students from Suffolk County whom I barely knew their first name, to go have a trip and a summer of a lifetime. We had a six-hour flight from JFK to England and then about a two-hour flight from England to Scotland. When we finally reached Scotland, we met the other 22 high schoolers from New Jersey who were also part of our group. I will never forget the moment we met them, we all just kinda looked at each other and stayed separated but by the time we left Scotland's airport we started learning each other's names. When we landed and boarded our coach bus to go to lunch, which couldn't get any more American than chicken fingers and fries, all I could of think of was how much I wanted to sleep. But right after lunch, we went straight to seeing the other side of the world.

We spent six days in Scotland, July ninth to July fourteenth. Our first hotel in Scotland is a hotel I won't forget, it was located what seemed to be the middle of nowhere, but had some pretty cool views on the way to and from it. By the end of the first night at this hotel we all basically knew each other, we spent hours after dinner and before curfew just talking and playing cards. On day three in Scotland we visited St. Andrews and went golfing. This was the day I realized I was even more bad at golf then I thought. While in Scotland we also went white water rafting, which was quite the experience. We rowed for probably about six miles and the instructor I had enjoyed talking like Hermit The Frog. My favorite day in Scotland was day five, where we went to a sheep farm and I got to hold a puppy and went searching for Nessie the Loch Ness Monster (we didn't find her).

We spent eight days in Ireland, July fourteenth to July twenty-first. I loved Ireland so much and I hope one day I will be able to go back. While in Ireland, I had a home stay with a family which was very interesting. My home stay family had no kids but a dog and instead of telling us their rules they taped it to the outside of their shower. On day four in Ireland was where we did the community service we had to do. Our community service was cutting peat which is used to heat people's houses for the winter and we put colorful yarn on the outside of the railings of a nursing home. Later this day is when we learned how to play gaelic football (our soccer and basketball), which I truly enjoyed and I was decently good at it.

We spent two days in Wales, July twenty-first to July twenty-second. The day we got to Wales we had so much time to kill so we went and hung out at a beach and then went to the worlds longest train station name, which I'm not going to include because if I do you probably won't believe me. The hotel in Wales was much better then the hotel in Scotland, and it had a hallway that was so creepy and to this day I still believe can be part of a horror movie. The next day is what was considered our full- on day, where I got to rappel off a 100 foot castle, break a wooden board and do some team building games. After starting our morning of a few team building games, this is when I got to break a wooden board which my hand, which was so cool and I still have the board in my room to this day. But the best part of the day happened after lunch which is where I got to rappel down the 100 foot castle. At first I thought I wasn't going to be scared but once I got up there and was just hanging in the air all things changed and I was scared but as soon as they took my picture and to get myself over the ledge it was easy and I wish I could do it again. On my way down, I did lose my footing and spun around and ended looking at the ground from probably 90 feet up but it was the most exciting moment of my life. Not many people can say they rappelled off a 100 foot castle in Wales, but I can.

We spent four days in England, July twenty-second to July twenty-sixth. England was fun from the start. On day one in England, we went to Warwick castle where they had us training almost like we were going to be in the army there, and we even got to use real swords that are actually used in battle. The following day we got to visit Big Ben (where obviously I took a selfie with him, I mean it was 2013 who wouldn't) and got to ride the London Eye. Being able to ride the London Eye was so cool, I was able to see all of London. Our last full day together on the trip is a day I know I won't forget, we met a member of Parliament, saw the Broadway show Chorus Line and was just enjoying the next hours together. I don't remember much about meeting the Parliament member except that at this point we were all so tired that the picture we had with him we all look stoned. Seeing the Broadway show Chorus Line was so cool and people in London really love their Broadway shows. On the way back from the show to our hotel, me and the friends I met were truly living in the moment, we felt like quoting SpongeBob from the back on the bus obnoxiously loud for no reason just because we could.

Spending eighteen days with thirty-seven other high schoolers all the way across the world in four countries, making memories to last forever is something I won't ever forget. Everyday we had to wear our People To People Student Ambassador lanyard, where every country we went to, I collected and put a new pin on it and looking back now, it's something I'm glad I did. Something we did in every country was every time we saw a playground, we needed to play on, our leaders just kind of went with it. I didn't include every moment or everything I saw and experienced but I tried to include my favorite things and just some cool things I saw. So if anyone ever offers you to go to the United Kingdom, you better be taking them up on their offer.