My Thoughts On The Last Jedi Trailer
Odyssey

My Thoughts On The Last Jedi Trailer

The force is strong with this trailer. 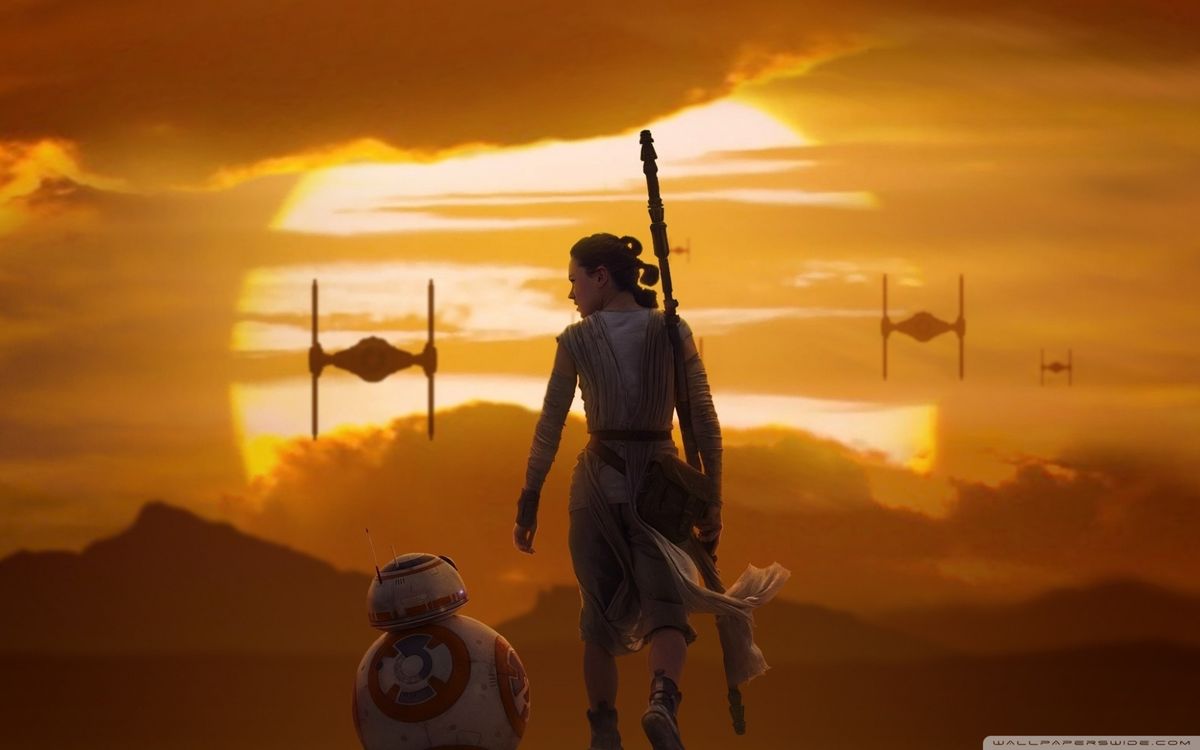 Monday morning was a crazy blur for me. I know I had class and homework due. I know that I had some good conversations with people and that I went to some events on campus. Honestly, I mainly just know that Monday’s are my busiest days of the week so I know for a fact that I was definitely running around, but I was only thinking about one thing that day, and that was the release of the official trailer for The Last Jedi.

Star Wars is something that has been so near and dear to my heart for an extremely long time. I remember as a little girl going to see the showings of episodes one, two, and three with my dad and I remember how excited he was for each of them. I remember having to watch them multiples times to even comprehend the Star Wars universe because there is literally so much to these movies that there is something new that you can catch almost every single time that you watch them.

With all that in mind, you can only imagine my excitement as I finally had the chance to sit down that night and watch the Bears and Vikings football game. They were premiering the trailer at half-time and oh man was I ready. That was the longest first half of a football game ever, just saying.

When the trailer finally showed, oh my gosh. Let me tell you. I felt such a whirlwind of emotions. All I truly have to say after watching that trailer multiple times is this…

Seeing Luke Skywalker again and knowing that he has an active role in the movie is probably my favorite thing about the trailer, because he is my absolute favorite character and I literally cried when I first saw him in The Force Awakens. There were just so many beautiful moments that we as fans have been waiting for! Like seeing that Finn finally faces off with Phasma, Rey is finally being trained by Luke, Kylo is finishing his training but at an extremely high cost. HOW COULD YOU NOT LOVE THIS TRAILER.

However, there has been rumors that to watch the trailer is to basically watch the movie already as “It gives away too much.”

Now I definitely understand why people do not want to watch trailers. There are some people who just like going into a movie with a clean mind without any speculation or assumptions, and that is completely fine and respectable, HOWEVER, I caution people to not take that too seriously.

Many people are using the tweet from director Rian Johnson that said if you want to come in clean, to completely avoid watching the trailer. I can see how people can claim that he is saying not to watch the trailer, HOWEVER, I think people are taking it way too far.

Rian is a smart guy and honestly, to me this seems like a way to make the excitement and anticipation for the film even more interesting. Never does he actually say that the trailer gives away too much, he just says if you want to come in without and preconditioned thoughts about the trailer, to not watch it. That is true of ANY film.

Of course, this is just a thought of mine and just something that I merely wanted to advice and speak about because people are taking it a bit too seriously in my mind.

Star Wars is a beautiful movie series and I am so excited for all of the surprises that Rian has for us because honestly, I do not think that we know everything that is happening in the film and I am almost positive that this was a way to throw off the audience.

Just have fun! Enjoy the films and please, if you watch the trailer, appreciate it for what it is and just how unbelievable beautiful it is. Definitely pay attention to the cinematography, it gave me goose bumps.

May the force be with you my friends.