Thoughts From A Firefighter's Daughter

How I came to realize just what those in the fire service sacrifice for us every day. 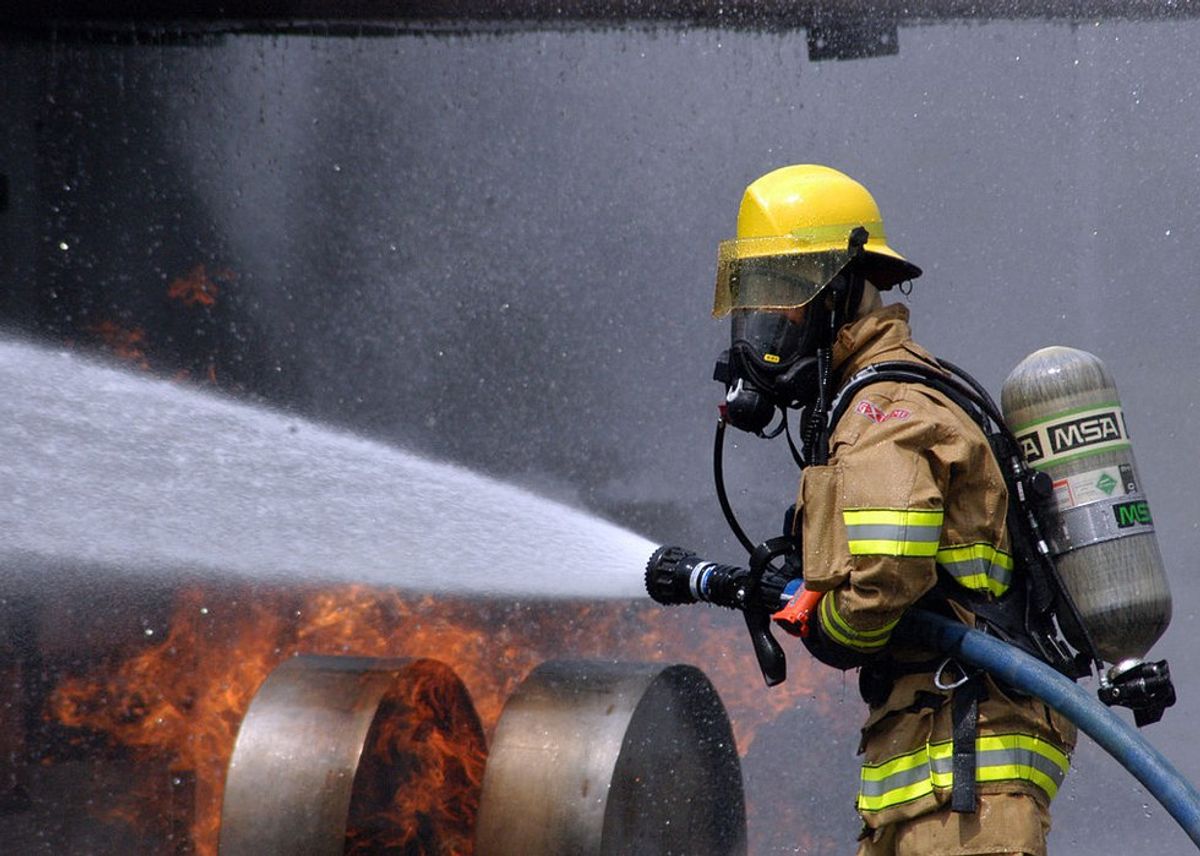 Growing up in a fire station was one of the coolest thing about my childhood. On any given Saturday my mom would announce that we were going to visit Dad at work, and I knew I was in for a day of excitement. Getting to flash the engine lights, blare the ambulance siren, run around the fire hydrants and steal medical gloves from the medical stock were some of my favorite things as a kid. I threw around a football for the first time in the open truck bay with the guys on my dad's shift, knew exactly which pantry had the best snacks and which recliner was the most comfortable in the TV room. These were all just things that were apart of my life as a kid. I didn't realize until much later in my life exactly how amazing and important what my Dad did really was.

It took me quite a few years to realize that my home life was much different from most, if not all, of my friends. Most of my classmates had parents who went to work in the mornings, and returned home at nights. I didn't know that it was unusual to have your dad live and sleep somewhere else every third day. I didn't understand that my friends parents almost never had to work on Christmas or Thanksgiving; or that they would come home and be able to talk about every aspect of there day with their families. It was always "My daddy is a fireman," and that was that. I never really gave much thought to it.

As I got older, things about my dad's job became clearer and clearer to me. I remember on mornings when my dad would be getting off of work, returning home around seven a.m. just as my sister and I were getting ready for school, that on some mornings he would surprise us with donuts for breakfast. At the time, I just thought that was a fun, nice thing my dad was doing for us— but little did I know that those were the mornings following a night with a particular terrible call my dad had to run on. That bringing those treats as a surprise for our family was his way of trying to return to some normalcy after loosing a patient or having to respond to an especially tough accident.

And that was the moment I began to realize exactly what it was my dad did for a living.

I began to realize that the reason he would come home smelling like smoke in the mornings was because he had been out until four o'clock in the morning trying to save a family's house from a deadly blaze. That the reason he would come home from work in a less than perfect mood some days and didn't want to talk about why is because he had to tell a man that his wife died of a stroke in her sleep the night before, or had been unable to save a baby from a wrecked car. The reason we would sometimes get cards in the mail is because people like sending thank you letters to people who help deliver their babies in the back of ambulances, or are able to save their son from an overdose.

I started to realize how much of a hero my daddy was. That firemen and paramedics are more than just attractive men, shirtless in calendar spreads, or who you call when your cat is stuck in a tree. They're the ones who drop everything and run into a 104 story building that had just been targeted by terrorists high jacking airplanes knowing full well that they would probably never be running out. They're the ones who spend weeks away from their families deployed to help fight wildfires threatening people's homes and property with little more than axes and spray bottles. They're the ones who kiss their wives and children goodbye every morning knowing that they might not be coming home again.

I realized that my daddy was a hero. That he delivered babies, saved houses and car and saved lives, of teenagers and old people, and cats and dogs. That Santa had to deliver presents to our house the day before Christmas some years because daddy had to go to work and help people, or that he missed my tee-ball game because someone else needed his help.

I learned that my daddy was a hero. Not only to me and my sister and my mom, but to hundreds of other people all over the state. And on the day he retired from the fire service after 25 years and received salutes from his captain and crew mates and people whose lives he had touched, that those tears in the eyes of everyone in the room were those of respect and gratitude, admiration and thanks.

And in that moment, everything that happened while I was growing up came into focus, because as far as i'm concerned I grew up with a daddy who had the greatest job of all.

So this is an open letter to all first responders and their families. Thank you for all you have sacrificed to keep our cities safe. Thank you for being that face in the smoke or the shattered car window telling us everything is going to be OK and getting us to safety. Because I understand now, everything you had to sacrifice for us. How often you put your life on the line for us. Thousands and thousands of you everyday, across the country, doing everything in your power to keep us safe.

From the bottom of my heart, to daddys, and husbands and even mothers and wives who risk their lives every day to keep us safe...