Why I'm Not Dancing Over Justice Scalia's Grave
Odyssey

Why I'm Not Dancing Over Justice Scalia's Grave

Thoughts on the death of Justice Scalia 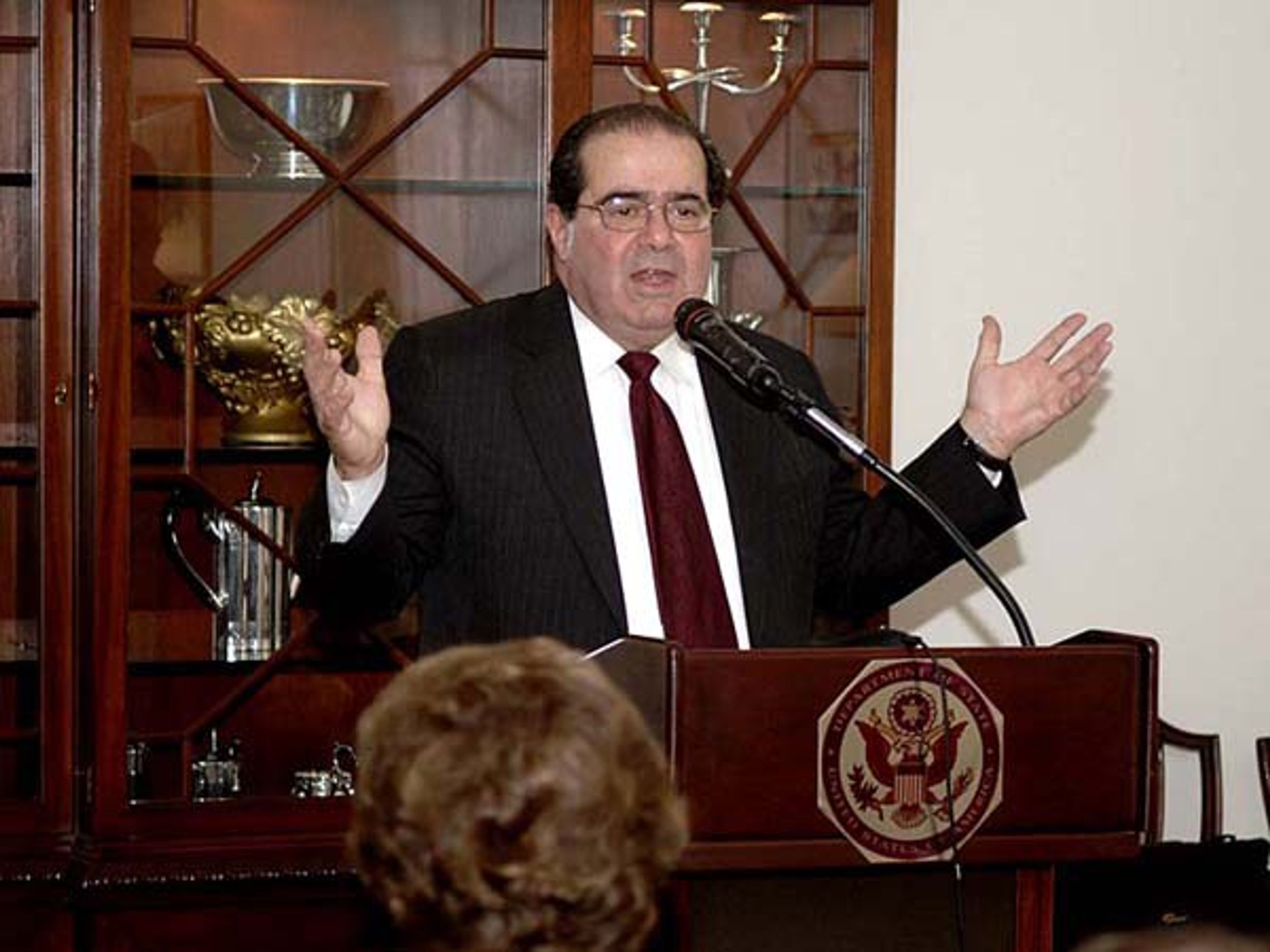 Upon the death of Justice Scalia, not long before writing, the nation, and the nation’s Internet, was thrown into a flurry. Given the current political climate that values partisanship over policy, rabidness over rationality and spectacle over substance, the reaction was, depressingly, as I had foreseen it would be. Those who agreed with him mourned his death and those who disliked him engaged in an energetic grave dance upon his metaphorical sepulchre.

I will preface this by saying that I am of generally fiscally conservative and socially moderate (depending on the issue; I find these labels to be confusing and misleading) political leanings, but with a strong distaste for the heavily religiously-tinged ideology espoused by many on the right nowadays. Hence I, like many Liberals, had a dislike for the man’s opinions, political, social, and legal. This does not, however, mean I will condone the furor of the joy among some on the left.

I do not subscribe to either extreme of partisanship; the last state government election, I voted split-ticket. I am what pundits often call the undecided voter, and I am often disgusted by both sides’ conduct in the political arena. I fully understand why one would not like the Justice. That being the said, I find gravedancing in the manner I have seen to be not only disgusting, but counterproductive.

Several Skype chat rooms of which I am a member, with a heavy left leaning, had members openly celebrate his death. Their logic was that the man had opposed their notion of social progress and as such was despicable, and that they would not mince words by keeping silent or reserved in their criticism. Still more appalling were the Twitter comments hoping that Justice Thomas would be next to die, allowing the nomination of more liberal justices.

This is not merely having a two-minute hate for catharsis; this is downright quasi-religious fervor for a chosen political ideology, having extended beyond mere indulgence into a way of viewing the world with stained glasses. These sections of the left (and I will insist that they are not the majority, for otherwise would be falling into the same trap) are so blinded by their political beliefs that they cannot see a human being, flawed and old-fashioned as he was.

Had it been, say, Justice Ginsberg who had died, I would imagine that the reaction would be the same, more or less, viewed from a mirror. It would be the right engaging in a schadenfreude-tinged square dance and the left calling for humanity and compassion (I don’t have enough faith in either side that, given sufficient circumstance, that celebration over something so poor taste would happen). In this light, those who celebrate Scalia’s death display a crippling lack of self-awareness. Do they not have loved ones? Would they not call for humanity? I would imagine as such, but they do not act as if they do or would.

Following this, such behavior will tank their view among those that are still undecided. It will taint the left via this action and it only requires a small minority to do so (see the downright cultlike adoration of Bernie Sanders among some of his supporters, for another example). Those that are undecided do not have the stained glasses that the most party faithful have, and as such see the world with eyes that have not been dulled via intense staring at an object of adulation. They will not fall for the scathing attacks on a political opponent, especially one who has recently died. They will not see this as noble; they will see it as crass and vitriolic.

If liberals want to expand their voter base and persuade those like myself to vote for their candidates, they had best learn to be polite and caring. Ostensibly, Liberals care about equality and humanity (as a contrast to the common conservative preoccupation with personal liberty). But, as any human being may, they can stray from these principles and lose sight of what they purport to advocate. By celebrating Scalia’s death as a victory for a progressive cause, they display an image of callousness and zealotry. By doing so, the provide the fodder for their opponents, and will tank their public image. In a time of partisan hatred and intense dehumanization, rationality and basic empathy could go a long way.

The ultimate reason for such a need is for the reason that many would use as justification to engage in frenzied exaltation over such a death. “He did not display empathy for gay people,” one may say, “So why ought I display empathy for him?” (This is merely a hypothetical albeit one disturbingly close to what I have actually seen.) The reason, I would propose, is to be the better people. If he was a bigot, do not be a bigot in response. If he hated, do not hate in return. That makes those who do so no better than their target. And, in these times, someone being the better person would better us all.

Caitlyn Morral
St Bonaventure University
3016
Wordpress
Odyssey recognizes that mental well-being is a huge component of physical wellness. Our mission this month is to bring about awareness & normality to conversations around mental health from our community. Let's recognize the common symptoms and encourage the help needed without judgement or prejudice. Life's a tough journey, we are here for you and want to hear from you.