Third-Parties And The 2016 Election
Odyssey

Third-Parties And The 2016 Election

Instead of choosing the lesser of two evils, some are turning to candidates outside of the two-party system. 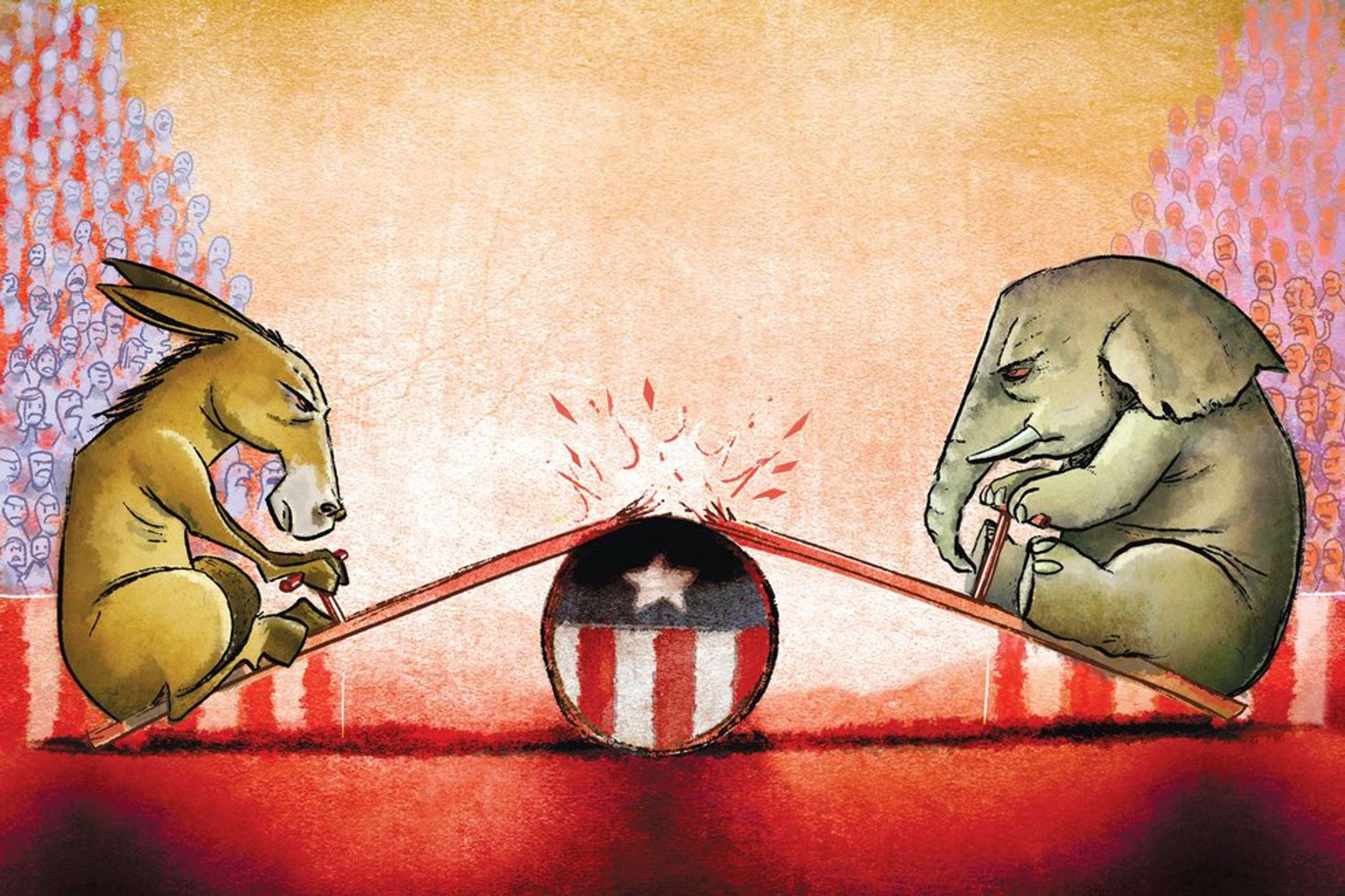 Both established over 150 years ago, the Democratic and Republican parties nearly monopolize the United States’ political system in the present day. However, the two-party system rooted itself in U.S. politics long before the creation of either party. Although the U.S. is run by this faulty two-party system, there are still numerous other major and minor political parties that exist. Since Hillary Clinton and Donald Trump were nominated respectively by the Democratic and Republican parties, many of those who aren’t preparing to move to Canada have turned to third-party and independent candidates for the 2016 election.

Founded in 1971, the Libertarian Party’s platform revolves around laissez-faire economics, civil liberties, non-interventionism and the abolition of the welfare state. Over 411,000 people in 27 states and Washington, D.C. are registered as Libertarians. The Libertarian Party has been represented on the ballot in 46 states in every election year since 1980, with the exception of 1984. In 1980, 1992 and 1996, the party appeared on the ballot in all 50 states and Washington, D.C. Gary Johnson, a former governor of New Mexico, is the party’s nominee for the upcoming election. Johnson was part of the Republican party when he first began his presidential campaign. After being excluded from debates and failing to gain support in the New Hampshire primary, Johnson announced that he would instead seek the nomination from the Libertarian party. He was chosen as the Libertarian nominee in both 2012 and 2016. So far, the Libertarian party will have access to 456 of 538 electoral votes in 2016.

The Green Party of the United States was founded in 2001, but numerous green groups have been active in the U.S. since the 1980's. The Green Party stands for environmentalism, nonviolence, social justice, participatory grassroots democracy, gender equality, LGBT rights and anti-racism. Nearly 250,000 people are members of this party. Much like the Libertarians, the Green party has nominated the same candidate in 2012 and 2016. Jill Stein, the party’s nominee, held a seat in Lexington’s town meeting-style government. She also ran for governor of Massachusetts in 2002 and 2010. Stein is a physician and an activist. Her political stances match very closely with those of Bernie Sanders, and Stein was willing to run on the same ticket with Sanders when he was still seeking the Democratic nomination. The Green party currently has access to 408 electoral votes for 2016.

The Libertarian and Green parties are two of the major third-parties in the United States. Although they are both still fighting to get on the ballot in some states, both have the ability to greatly influence the election. While it is very unlikely that Johnson or Stein could gain enough votes to win the election, (it’ll be hard enough for them to get entire states) both could change the outcome of the election by taking votes from Trump or Clinton. At the very least, the candidates and their respective parties will have the chance to be discovered by the average voter. So 2016 could be the year that third-parties finally sink their claws into the presidential race.