25 Things That Every Dad Does

25 Things That Every Dad Does 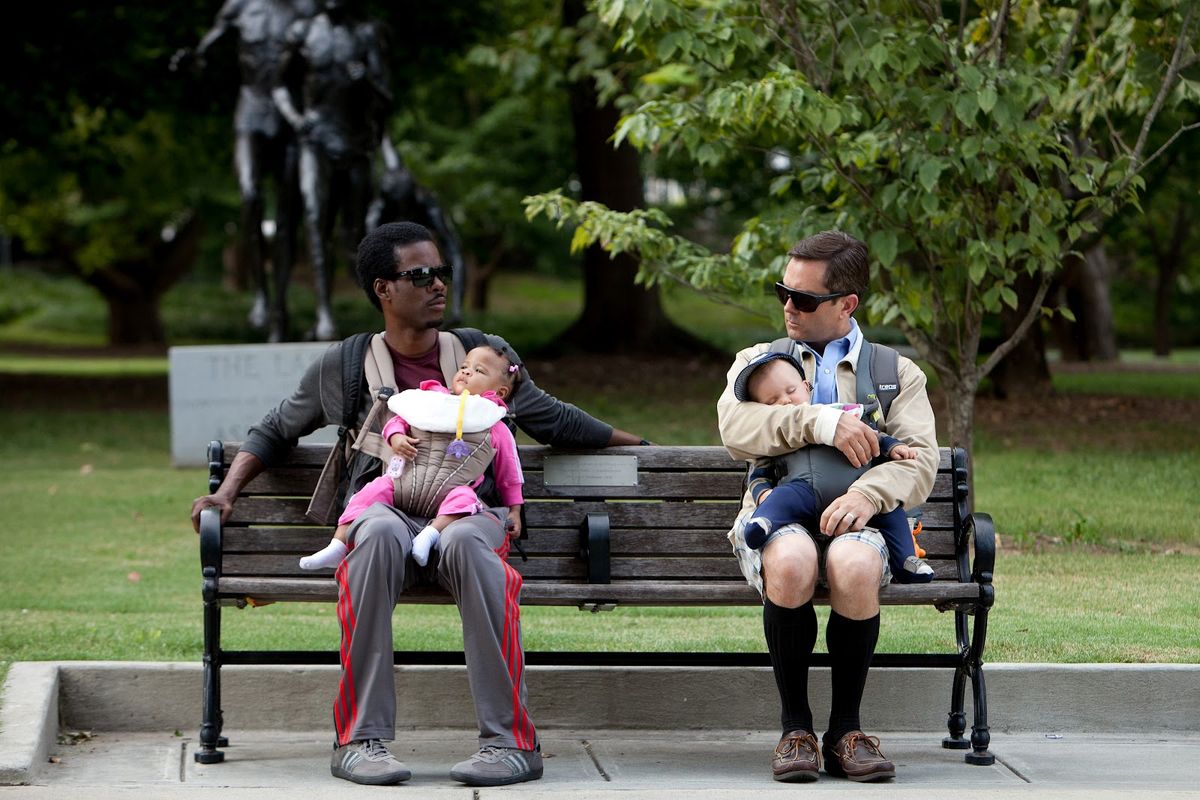 If there is one thing dads are into, it’s the dad jokes and one-liners they all somehow know. In the spirit of Father’s Day, the best thing to do for my dad and all the dads out there is a list of what they all have in common. Brace yourselves for some corny dad jokes.

1. His go-to outfit for any occasion is his overalls.

The more protests he gets from you, the more determined he is to wear them.

2. When he hears a rap song and tries to rap along.

Which means repeatedly saying “yo yo yo” and “fo shizzle.”

3. If it looks like it's about to storm, you can find him mowing the lawn.

With middle fingers ablaze to the sky.

4. When the fridge is open, dad knows. Always.

He either appears out of thin air to close it or yells from outside to close the fridge.

5. The infamous first thing he says to you on your birthday EVERY year.

“Do you feel any different?”

6. If he finds half empty water bottles left around the house, expect a hunt.

He will find the culprit and take away their water bottle privileges.

7. He must test out all the chairs in the store.

8. The yard is another child to him.

9. When you ask him something, he refuses to come up with the final decision.

He says “Go ask your mother” usually before you even finish your statement.

10.Scheduling his work day around his poops.

Because why do something for free when you can get paid to do it?

11. Parking with dad is his way of showing off.

He backs into every spot. Every. Time.

If you drive through the isles he says, “If there were cars parked in those spots, you could have hit them all.” OK, dad.

13. Instead of waking you up the normal way, he opens your bedroom door and vacuums outside your door.

You were in the deepest REM sleep, but then the vacuum ruined it.

14. He owns an expensive musical instrument.

But doesn’t know how to play more than a few lines of a song.

15. You will pay the consequences if you ask dad for a ride somewhere.

He will roll down the windows and blare the classic rock when he drops you off anywhere.

16. He guards the thermostat with his life.

It’s not a game for you to mess with and he makes that known.

17. If no one is listening to him he says something really out of the box to get everyone’s attention.

“So, guys did you hear about the submarine on I-71 that killed 50 people?”

18. He blames everyone for the lost remote.

Even though the majority of the time he was the last one to use it.

19. He prefers to sit at restaurant tables with a view of his truck.

Anytime someone walks past it7 he sets the alarm off on it so they get away from it. "Subtle" is not in his vocabulary.

20. Washing and waxing the truck bi-monthly.

And cursing the earth when the first dirt particle gets on it.

21. Asking whoever gets up first at dinner to get him another beer.

22. Being able to quote at least one movie word for word at every given moment.

No matter the situation.

After he demanded the remote from the kids to change the channel.

24. Pumping the breaks at every stop light.

To the beat of the classic rock song blaring on the radio.

25. Coming in the house after 15 minutes of low-intensity yard work profusely sweating.

Then again within the hour with sunburn.

Despite his dad jokes and his constant attempts to embarrass you in any public situation you can’t help but love him because he’s the best dad out there.