Things People With Tattoos Are Tired Of Hearing

Things People With Tattoos Are Tired Of Hearing

Getting ink can come with unwelcome questions and comments. 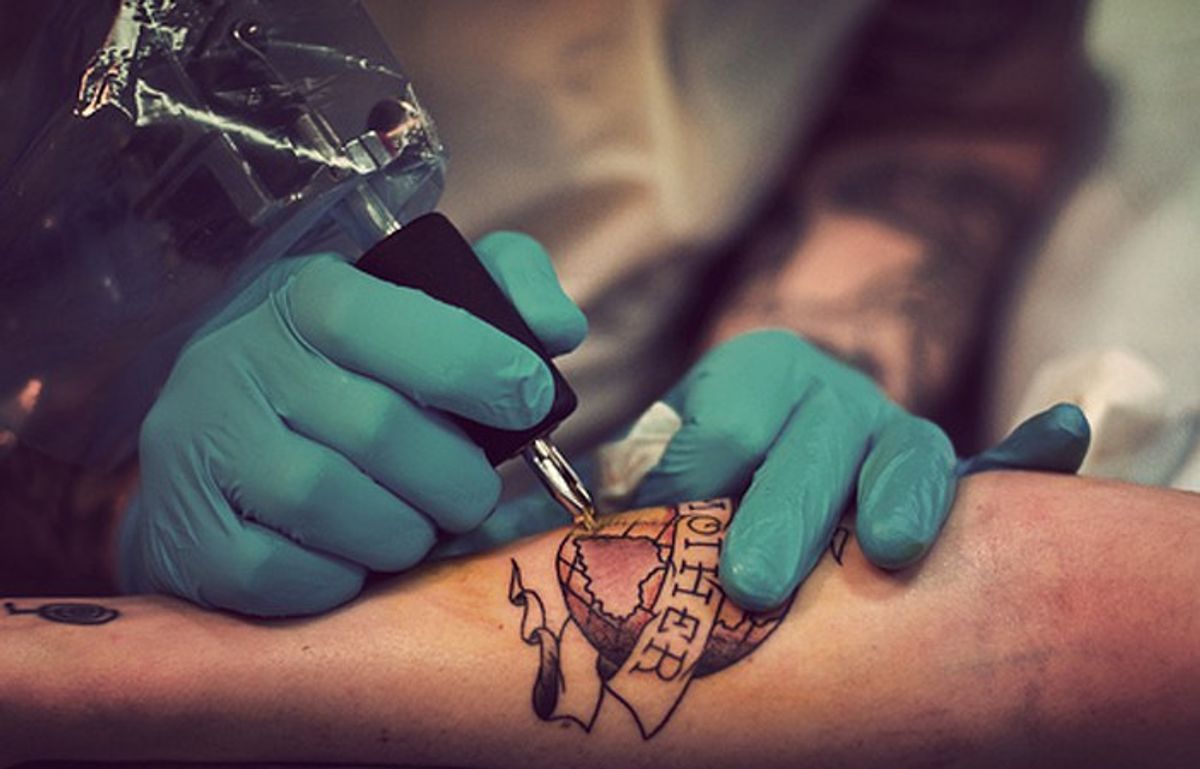 People with tattoos get a lot of questions or comments about their art. Some are compliments, some are harmless, and some of them are borderline offensive. Tattoos are a personal decision and questions about those personal decisions can sometimes be unwelcome. Who wants to hear something they love being questioned and criticized? As a proud owner of several tattoos, I've heard these questions and statements dozens of times. Here's a list of a few things that people with tattoos are tired of hearing and why these conversations can be so frustrating.

While the question seems harmless enough, it can actually be extremely invasive. For a lot of people, their tattoos have meaning to them - a reminder of an event in their past, a tribute to a deceased loved one, etc. All four of my tattoos, for example, have personal reasons behind them. By asking this question, the person is put in a weird situation. Their responses are limited: tell the truth and be uncomfortable, lie to make it seem like nothing, which is uncomfortable, or tell the person asking that it's not their concern, which makes everyone involved uncomfortable. Ultimately, it's best to avoid asking this question, period.

Just because something is visible doesn't mean it is open for discussion. While yes, they did get the tattoo somewhere visible, it's usually not done to create a discussion topic; it's done because that's where the individual wanted the art to be. Just like you wouldn't comment on a person's appearance, you shouldn't ask someone with a tattoo what they mean.

To the tattoo's owner, a piece of art that they love that will be with them forever is not a waste. While we are aware that tattoos cost money, we're also aware that they're some of our most valued possessions.

No. Even if I change drastically, my tattoos will always be a reminder of who I was.

Will it fade and blur? Of course. Will it lose any of its meaning? Not at all. They may not look as pretty as when they're new, but nothing ever is. When things have sentimental value to you, you love them regardless of their appearance.

Tattoos are not the taboo thing they used to be. A lot of people have tattoos and are perfectly successful in their field. Employers are now hiring people for their talent rather than their appearance - as they should. And if I'm denied employment because of my tattoos, despite achievements and experience, then it's not a place I want to be working. If the situation calls for tattoos to be covered, make up and clothing do the trick.

This is not to say that you should never talk to or ask questions of a person with tattoos. Just be aware that, to the owner of the tattoo or tattoos in question, their art is a part of them. They spent money and endured pain to have something with them for the rest of their lives. Whether the tattoo has a personal meaning or was simply an addition to boost self-confidence, they tend to be a sensitive subject for those that have them.