Things Men Think About Women But Never Say
Odyssey
CurrentlySwoonLifestyleHealth & WellnessStudent LifeContent InspirationEntertainmentPolitics and ActivismSportsAdulting
About usAdvertiseTermsPrivacyDMCAContact us
® 2023 ODYSSEY
Welcome back
Sign in to comment to your favorite stories, participate in your community and interact with your friends
or
LOG IN WITH FACEBOOK
No account? Create one
Start writing a post
Entertainment 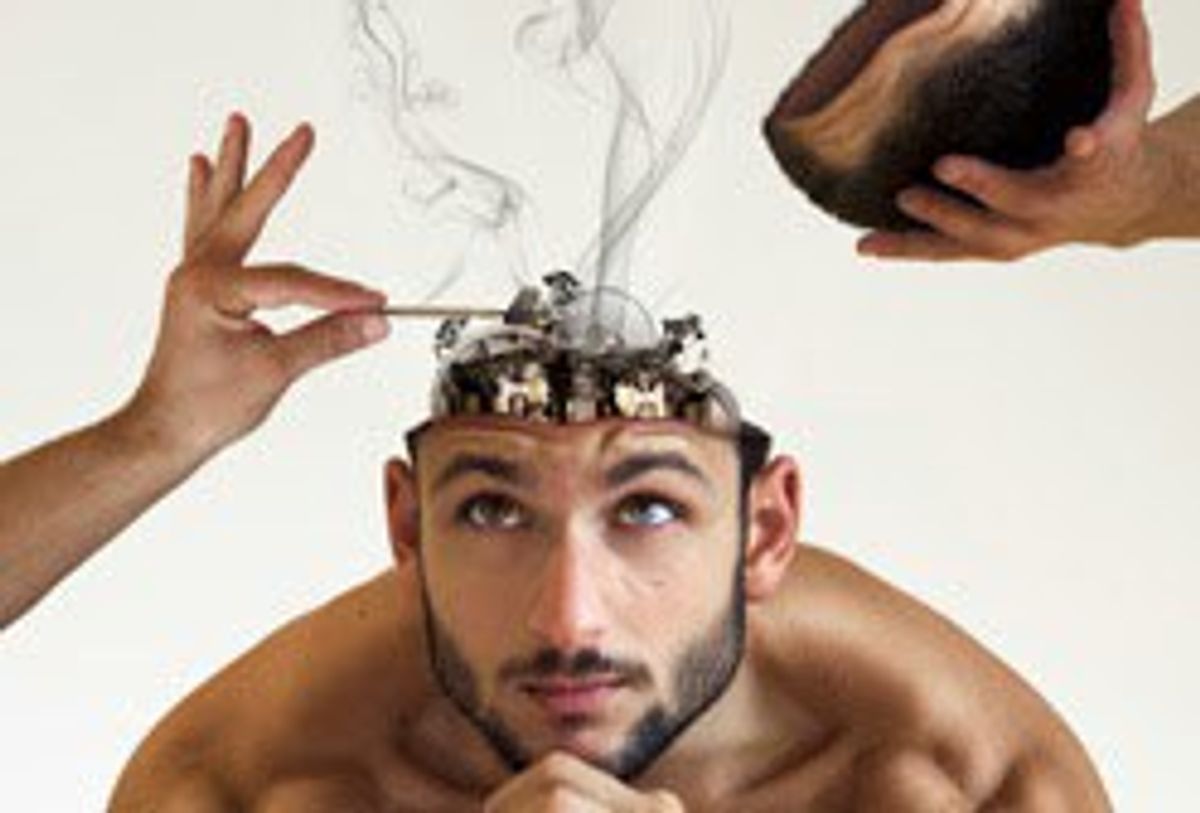 Between magazines, romantic comedies, and generally baseless cultural assumptions, women have long been guessing what men are really thinking. We men are complex creatures, and we’ll admit that we can be a bit of trouble sometimes, especially when it comes to communicating what we really want. Whether its fear of rejection, fear of compromising our masculinity, or fear of butting up against cultural norms, we often keep our true thoughts to ourselves. It’s a shame too because then we leave it up to Hollywood and magazines to tell women what we’re thinking. In order to solve all that, take a look at the biggest things men think about women but never say.

There are so many mind games that are hidden within a seemingly meaningless decision like ordering dessert. An, “I’m full, none for me,” after I just saw you push your salad around with your fork shows that the relationship is predicated on performance. Buying into the idea that you have to be a dainty feather isn’t sexy because it means you’re not comfortable with who you are or whom you are with. If the real you really has a stomach the size of a bird’s, then fine, but if not, then please skip the psychological jockeying and adherence to cultural norms, be the real you, and order up a brownie sundae. As with orgasms and suntans, fake isn’t sexy.

Even the manliest of dudes doesn’t like to face rejection and get their feelings hurt. We’re probably all for trying to pick you up, but give us a hint that we may have a shot before we dive in. If you’re not going to initiate an interaction then maybe open your body posture, touch us on the arm, or shoot us a warm smile -- just give us an excuse, any excuse, to think we won’t be humiliated if we make a move, and we’ll be happy to strike up a conversation. We can see where things go from there, but there’s got to be somewhere to start.

3. You can be the boss in the bedroom.

Traditional gender roles are cool and all, but, sometimes, it’s nice to have the woman take charge. I don’t need to be thrown on the floor, blindfolded or choked to get excited (if you do, then more power to you), but give us a few directions and tell us what exactly it is that’ll make you happy. If the guy seems stressed out, it’s probably because he’s nervous he won’t please you. So, weird as it may sound, if you take control once in a while, it can be just what he needs to loosen up a little.

We probably wouldn’t be with you if we thought you were unattractive. Men are immensely visual creatures, and, shallow as it may sound, looks always play some part in the equation. The thing is though, we have all sorts of preferences about female body type. So don’t stress. We think you’re hot. That’s why we’re with you. If you want to change something about you, go for it, but do it for you, not for us. If your boyfriend or crush or whomever does give you a hard time, you might rethink that relationship before rethinking your body.

An elegant outfit that makes you look like an A-list actress, plays to our desire for success, grown-up-ness, and classical beauty. Just as you appreciate the rippling muscles of Channing Tatum in a three-piece suit, so too we want to feel like we’re walking down the red carpet with someone who cared enough to put on grandma’s pearls, touch up her makeup, and take the time to find that perfect dress. With the elegant look down, then dinner and drinks turns into a first-class date. The usual, low-cut party dress is fine, but an elegant outfit means we’re dealing with not a girl, but a woman.

It goes against the notion that men don’t need their feelings coddled, but a quick compliment goes a long way in boosting our confidence. It doesn’t have to be verbal either. A bicep squeeze, a longing stare, even a full-on, up-and-down check out will be taken as a compliment. In this instance, we’re all for being objectified.

Don’t call me Ethan Hunt because a “Mission Impossible” isn’t a fun adventure. It’s frustrating, depressing, and eventually we’ll give up.

8. Just be confident -- looks matter, but not that much.

Every man wants to be with a beautiful woman. It’s just that if she’s a bundle of insecurities wrapped in some aesthetic appeal, that beauty seems to wane. It’s an odd occurrence, but personality and confidence make a woman physically sexier. The way we perceive women is generally how they perceive themselves. Lots of confidence? Très sexy. Lots of complaining and fishing for validation? Not so much.

A woman wearing no makeup is often eons sexier than one with too much. Wearing a little can be quite nice and if it gives you confidence then go on ahead. Yet the vulnerability and trust that going natural implies when you’re one-on-one is enough to make most guys’ hearts jump.

Somehow, a woman who loves sports and can rack up a kill streak on Halo became a part of the Manic Pixie Dream Girl ideal. Whatever the reason, there’s no need to lounge in your t-shirt or grab a spot in front of the flat screen before the game if you’re not really into it. Doing what you want is most important. If you genuinely embody a more classic femininity as a woman -- one who abhors video games and loves to shop -- do that. We have our guy friends for the other stuff.

It’s normal to try to put on your best face in front of others, especially in the early stages of a relationship. But wearing a mask too often can make it impossible to take off, and the only way a relationship will last is if you are the real you. Whoever you are told you should be as a woman probably isn’t the person you should actually be. There’s nothing more attractive than a woman who creates her own type. A woman who’s one of a kind.