Why I Back The Blue

Why I Back The Blue

From the police officer's daughter, I stand behind the thin blue line, wholeheartedly and very proudly. 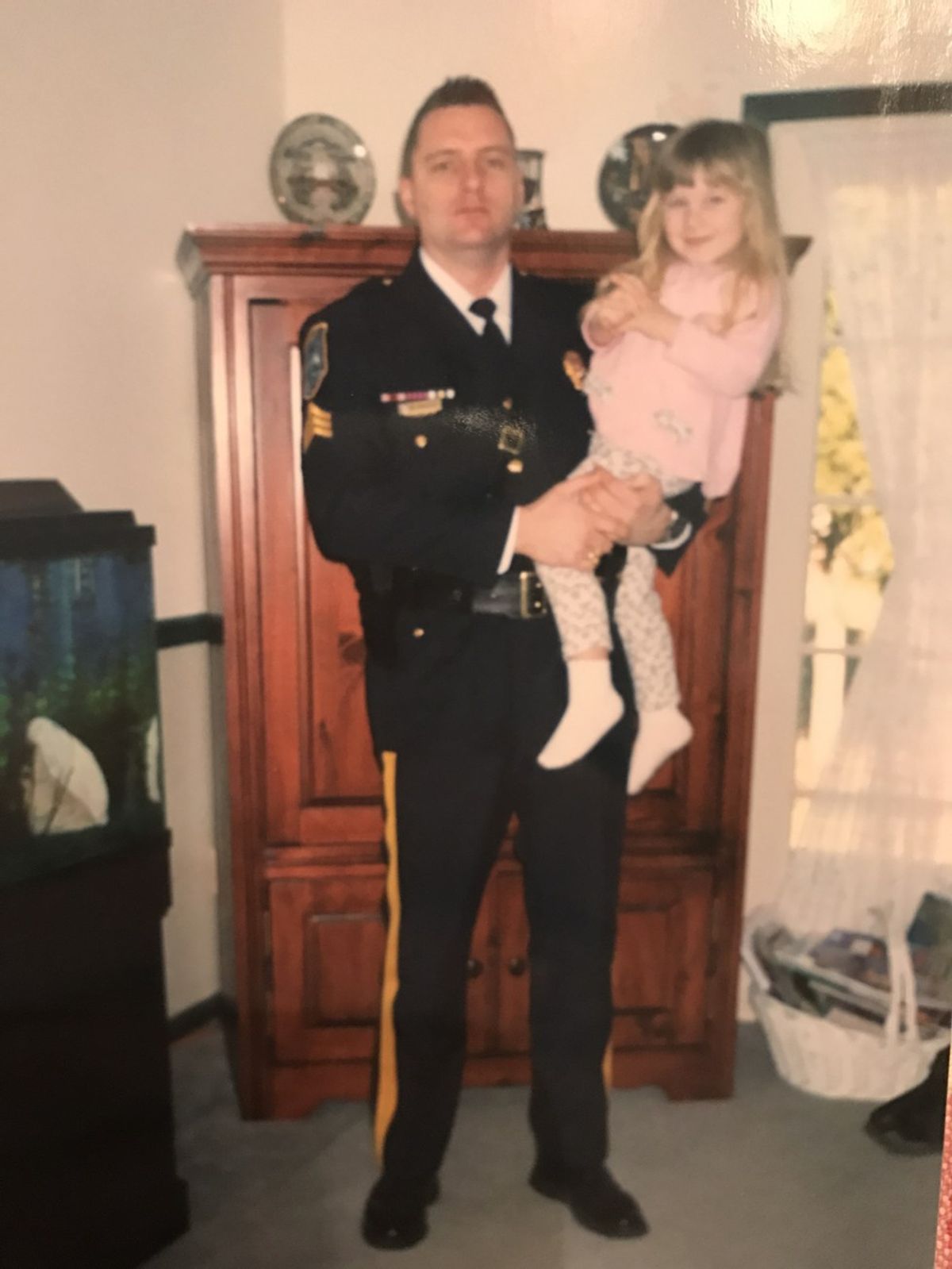 To keep it as plain and simple as it can be, I back the blue because they back me. When people throw around all this hate towards law enforcement, you have no idea who is around you that could possibly and probably is being offended by what is being said. But to conclude from that, if you even have the nerve to abominate law enforcement, chances are you don't care who you're offending. And because of these kinds of attitudes, it has us American citizens being forced to be pitted against one another, where one is clearly in the right and one is clearly in the wrong.

I have the utmost respect for those who wake up every single morning and put on that uniform, knowing they are going to put their lives on the line to protect each and every one of us, including those who hate on them so badly. Contrary to popular belief, police officers don't go looking for certain people of race, color, ethnicity, social class, etc. to go after each and every single day. Rather, they're looking for the people who are causing and could potentially cause harm, and to protect and serve all of those around them. They are doing their jobs every single day, just like a doctor would do his/her job, or a teacher, or a store cashier, etc.

This respect not only comes from just being a human being and seeing that police officers are human beings as well, but because I grew up in a family who was in and still is surrounded by law enforcement. From my cousins and uncles, to my own brother and father, to family friends and neighbors. Law enforcement has been in my life on a personal level since the day I was born, and because of this, I can truly say that it had such a positive affect on my outlook of life, and how precious it is.

When I say you have no idea who is around you that you could be offending, I mean it in the sense that you don't know if a wife who just lost her husband in the line of duty is standing behind you in line at the grocery store. Or if your waiter is patiently waiting to get off his shift so he can go visit his brother in the hospital, who was injured on a traffic stop. Or even if that girl who sits next to you in class has a father who has finally retired after spending over thirty years protecting and serving. The men and women behind the stern faces and badges are a mother, father, brother, sister, cousin, aunt, uncle, etc. They are all people just like you and I.

For me, I am that girl in class, with that father. And I am so extremely proud to say that he is the main reason for the way that I feel towards law enforcement and everything they do for us. You truly don't get it until you have to experience your father working day shift every single day, just to get off work to go to his second job all through the night stocking shelves in a grocery store, only to make sure that the bills get paid and that you and your siblings have everything and more that you could need. You don't get it until you experience the absence of the most important person in your life on birthdays, holidays, school events, etc. You don't get it until you experience and witness first hand the hatred and trash that gets thrown at police officers, wondering how someone could do that and say such harsh things to and about your own father and his other brothers in the line of duty who have become family members to you.

But that person that you call a "pig," or "bacon," is my father. And even though he put on that uniform each and every day and dealt with the really highs and really lows that came along with this career path, he raised me to be the person that I am today. He made sure that our faith was instilled in us and no matter what, that we go to church on Sundays and say grace before meals. He made sure to be there for every single father-daughter dance, no matter if it meant changing around his work schedule. He made sure to take an extra half hour out of his day that he could have been using to be sleeping, to sit down and paint my nails. He made sure to teach me how to ride a bike, drive a car, and pay a bill. He made sure to set time aside for family vacations every year, and to pick up those extra shifts to make sure that we always had more than we needed. Most importantly, he made sure to be a father first, and a police officer second.

So here's to you Daddy, and to everything that you've done for me and still continue to do. For your selflessness and hard work, and for truly being my biggest hero. While it may have felt like at many times that the world literally was against you, just know that everything you have done and everything you continue to do not just for myself and our family, but community as well, has never gone unnoticed and never will. And to all of those that bad mouth and trash law enforcement, next time stop and think about who could potentially be around you, but more importantly, what you're actually saying.