What It's Like To Date A Police Officer
Odyssey

Because everyone loves a man in uniform 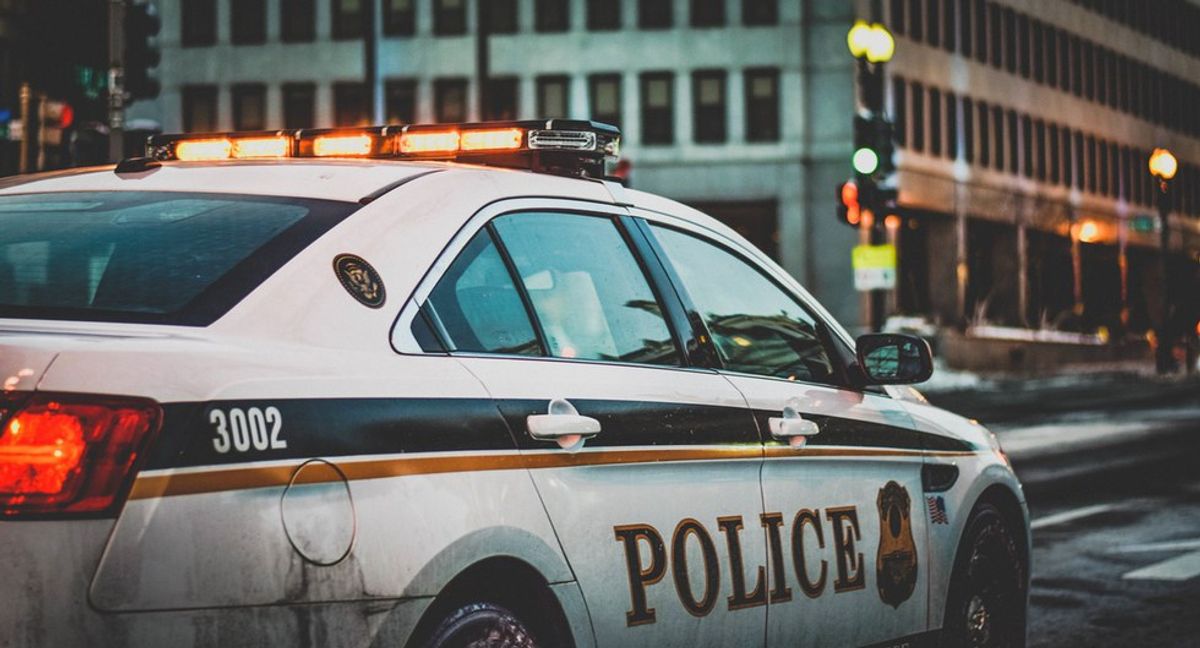 My boyfriend of 5 years became a police officer about 6 months ago. Before that, he had been a volunteer firefighter for as long as we'd been together. The things I'm about to talk about will not make sense or be understood by girls/women who do not have a significant other in law enforcement. Though some of these things likely apply to men of other professions, most of them are especially applicable to men in the police force. Here are some of the pros and cons of dating a man in law enforcement, as requested by my very own policeman.

1. Everyone loves a man in uniform.

This is just the truth. Police officers, firefighters, soldiers, whatever. There's just something about a man with a little authority. A man in uniform is one of the biggest turn-ons for us women. There's something sexy about your man out there protecting people, even if it means a little time spent away from you. Also, we like our men in uniform because it means they know how to follow orders. (I'm kidding...kind of)

2. Plans are never set in stone.

It doesn't matter if it's Valentine's Day or your birthday or a special date night. No plans are ever set in stone. You never know when your man is going to get called away to help out at work. You can be on the way to go eat dinner with your man and he'll have to cancel because of work. Unfortunately, this is usually unavoidable. I know it sucks, but you'll feel selfish if you complain. I promise. Besides, I'm sure he'd rather be with you than going to work anyway.

This is one of the biggest perks of dating a police officer. When you hear a strange noise late at night, you can send your man to check it out. It is his job, after all. You will never feel safer than you will when you're with a police officer. Though they are not invincible, they're about the closest thing to it that I've been able to find!

4. Sometimes, work comes home with them.

You have to realize that the job they're doing is not an easy one. They deal with things every day that no person should ever have to deal with. They deal with criminals, child abusers, crazy people, and everyone else that society refuses to deal with. They put their lives on the line every single day. Sometimes, it's hard for them to leave all of these things at work. If they come home sad or mad or tired, you should just let them know that you are there for them if they feel like talking. And if they don't feel like talking about it, be there to sit quietly with them until they feel better. The most crucial part of this is to be understanding. You never know what they went through that day or what they saw.

5. You will learn all of the codes.

You've probably listened to the scanner so much that you feel like you could get on one of those radios and communicate on your own. You've learned what all the codes mean. You've probably even learned the names of the dispatchers and can tell their voices apart. When your significant other is at work, I bet you sit there and listen to the scanner, waiting to hear their voice. This is just one of the things that comes with the territory. Who knows? Maybe one day all this knowledge will prove to be very useful to you.

6. They don't always get holidays off of work.

Safety takes no holiday. Safety is something that law enforcement officers provide 24 hours a day, 7 days a week, 52 weeks a year. They don't always get holidays off to spend time with their families or significant others. This may mean that they won't be home to celebrate Christmas morning or Thanksgiving or New Year's Eve. You both would prefer them to be at home with you, but duty calls.

7. You'll always be worried about him.

Once again, law enforcement officers don't have an easy job. These days, being a cop is especially dangerous. It hurts to think about it, but there are people out there who would hurt your police officer if given the chance. It is never easy to watch them leave to go to work. You'll get worried when they don't text you back during the day, even though you know in the back of your mind that they're just busy. You'll be worried when they don't get off work and come home right on time, but they probably just got hung up doing something. You'll be worried about everything. This is another thing that comes with the territory. You just have to hope and pray that your man knows what he's doing and that he's going to protect himself while he's protecting others. The only thing you can do is tell him you love him every chance you get.

As your significant other makes friends at work, they'll also become your friends. You'll get to know them and their wives or girlfriends, and it'll make you feel like you're a part of the force, too. The good part about this is that you know they're good guys. And if they pull you over someday, maybe you'll even be able to talk yourself out of getting a ticket. It's worth a shot, anyway.

There are lots of good things about dating a police officer. There are a few bad things, too. The good things are great. The bad things are unavoidable. However, how great is it to know that the person you love is so selfless that they willingly put their life on the line for people they don't even know? Though it sucks sometimes, the only thing you can do is be proud of them and let them know how much you love them. To my own deputy sheriff, I'm proud of you and I love you.