The Types Of People You See At The Gym

The Types Of People You See At The Gym

Just poking fun at myself and everyone else who loves to go to the gym. 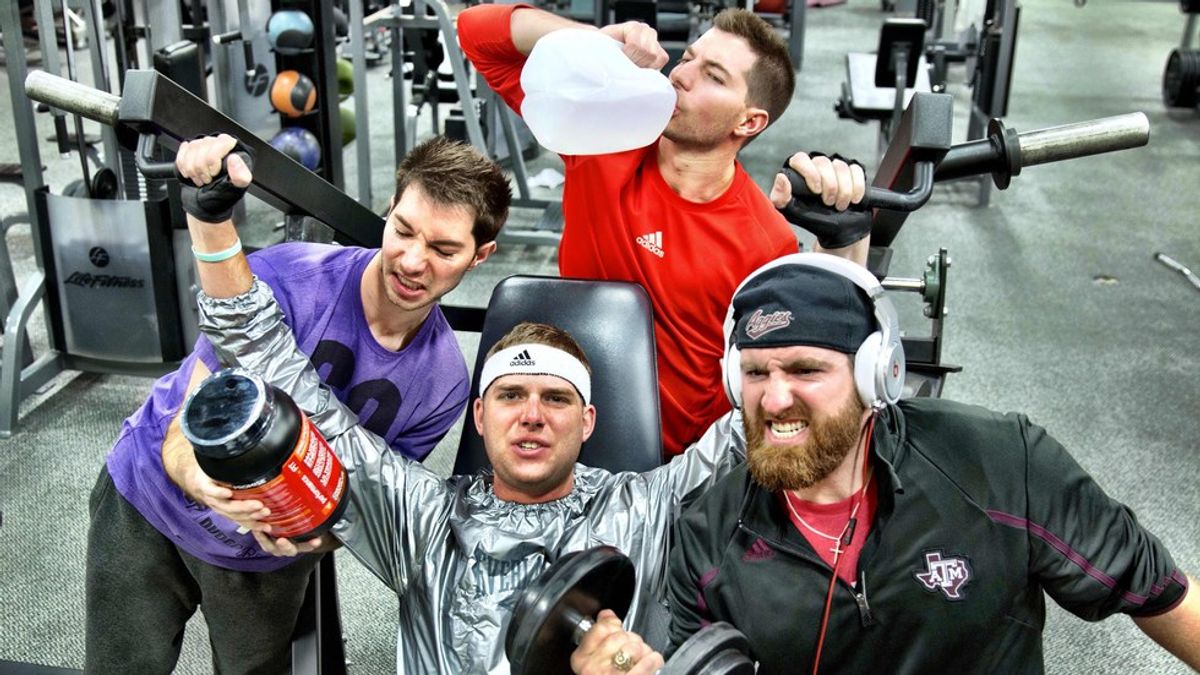 The gym can be a melting pot of larger than life characters. For a lot of people, the gym is a place to see and be seen. Here is a list of a few of the typical people you will encounter at the gym.

Like a peacock spreading its feathers, a gym goer with imaginary lat syndrome walks around the gym holding their arms out 6 to 10 inches away from their body. Expecting people to move out of their way as they saunter to the drinking fountain, attempting to make aggressive eye contact with anyone who is seen as a threat.

I put quotations around the word Crossfit because often times people think they are doing Crossfit, but in reality, they are doing a mishmash of exercises they read about online all strung together with too much weight and bad form.

This guy grabs three sets of dumbbells, a straight bar, a kettlebell, a bench, and three 45-pound plates. They treat the dumbbell pit like their own personal rec center. Good luck getting anything done when all the dumbbells from 20-pounds to 45-pounds are taken.

For this guy, their workout is only the second priority after their precious cell phone. Tweeting about the gym, texting about the gym, and taking selfies in the gym are priority one. This lack of awareness often leads to "rest periods" that can last up to five minutes. This also leads us to our next person...

For some people being at the gym isn't as important a having proof that you were at the gym, usually in picture form...of yourself...flexing in the mirror. Now there is nothing wrong with the occasional gym selfie, something that I am as guilty of as anyone else. Some people have a tendency of taking it a little too far. Brotip: keep the selfies in the bathroom or locker room, not in front of the dumbbell rack.

Watching a true powerlifter lift can be one of the most motivating and intense things to see in the gym. However, when it comes to powerlifting the brief periods of work are accompanied by long, long, long rest periods. If you are waiting for a platform behind a powerlifter, better get ready to do something else because they are going to take a while.

This dude has on Oly shoes, knee sleeves, a belt, and wrist wraps for his third set of curls. Accessory equipment in the gym has its place, but some people think more is better. You don't need weightlifting shoes on arm day. That belt isn't going to help you dumbbell lateral raises.

This one really doesn't need much of an explanation. For some people being seen in the gym isn't enough, you have to be heard as well. To them, the loudness of their screams is equal to how hard they are working.

Every Day is Arm Day