The Two-Party System Is The Best System
Odyssey

The Two-Party System Is The Best System

In America's unqiue political system and climate, the dominance of two parties is the best way to handle it. 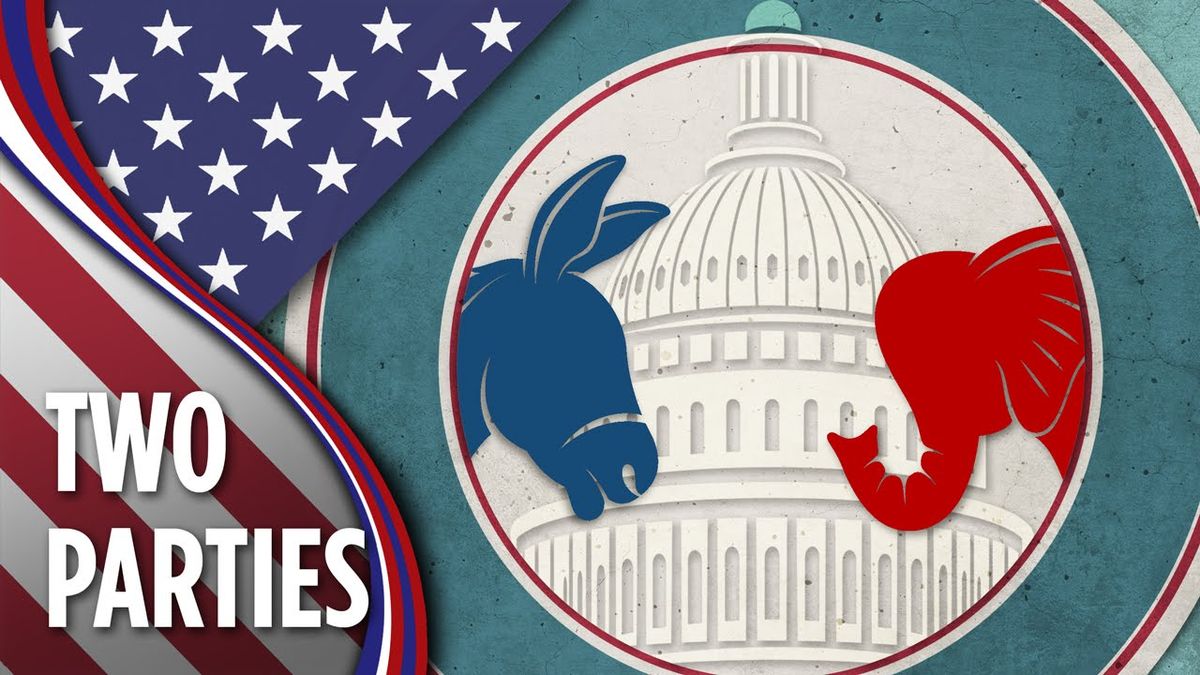 People hate the status-quo and the Establishment, inclduding our political system. Across all sides of the political spectrum in the United States, there are calls to dismantle the dominance of the Democrat and Republican Parties in the political arena. In its place, a system filled with multiple parties representing the vast and diverse views of all Americans. The problem? It’ll only make things worse.

Congress rarely gets a meaningful legislation done. Instead the people we elected to represent our values and interest spend their times bickering amongst themselves over who’s more virtuous and why this or that piece of legislation will lead to the downfall of America. If our two-party system were to break up into numerous factions, the fighting and gridlock will only get worse. Right now, some members of congress are willing to put aside their grievances and support a new bill or law because they might be united to support their party, and for better or worse that bill or law will get passed and Congress is at least doing something to address our problems. If congress was divided into four or five parties, similar to British Parliament or the German Bundestag, there will be no unity. Also, members of congress often struggle to find enough votes for a bill even among their own party; imagine how much harder that situation will be if you add in numerous factions with different interests and goals. If we break up to two-party system, there will be no action from Congress. Our government would become even more gridlocked, divided, and inefficient.

In addition, our two-party system helps drown out the more radical parts of the American political arena. On the left you have the radical social justice warrior whose platform is anti-men, anti-white, anti- veterans, and who riot against free speech or any dissenting opinion. On the right you have the Alt-right, who’s main goal is “make America white again” and end “Jewish control of America” by putting down ethnic and racial minorities of all kinds. Unfortunately, there are enough people who subscribe to these beliefs that, if our two-party system ended, would have a decent chance of getting people elected into local offices and even federal ones. With our current system, the Republican and Democrat parties attract numerous moderate voters who would never vote for those radical candidates. are considered “Big tent parties,” in that they attract numerous variants of conservatism and liberalism.

When it comes to the president, adding more parties to the mix will only result in much more divided, hostile elections. Most election results will consist of the popular vote being very fractured, with the most popular candidate usually receiving at most 40% of the popular vote, resulting with large majorities voting against them. If this is the case, then presidential elections will no longer resemble the will of the people. If the electoral college is to remain in place, it will be very, very difficult for someone to get 270 votes, throwing the election to the House of Representatives, and furthering complicating the process and dividing the nation even more.

The only way for a multi-party system to possibly work in the US could be if it were modelled after the way France selects its president: one election where the two candidates with the most votes then go on to a final vote. However, many of the problems of the multi-party system will still arise, such as the potential rise of extremists, and candidates being allowed to ignore many of the issues of many voters due to the parties not encompassing several viewpoints and ideologies.

The two-party system is flawed of course, and it very well might benefit from having a third, competitive, party, however transitioning into a European electoral system would only worsen the inefficacies and divisiveness that plague our current system. Like all other things about this country, the United States has a political system different from that of other developed nations, and as of right now the two-party system is the best way to handle it.