The Truth Behind Victoria's Secret

Why seven for $27 is a bigger steal than you think. 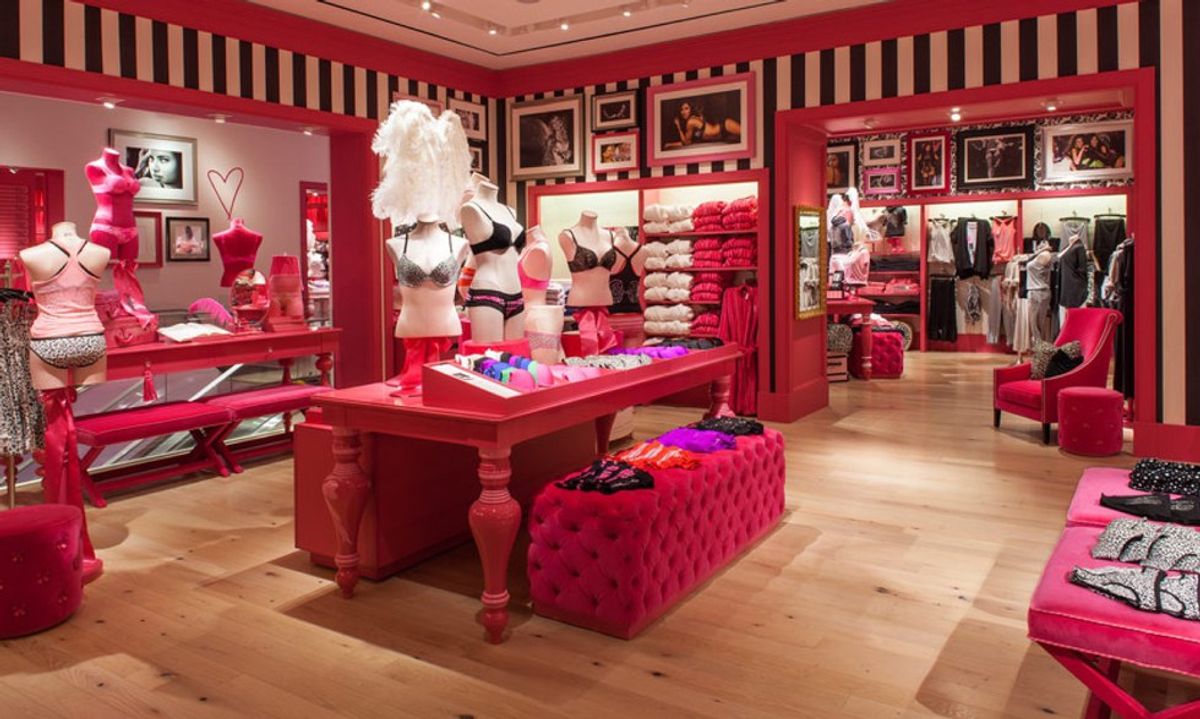 When these words are posted on Victoria's Secret signs, emails, and flyers, most women can hardly hold themselves, let alone their wallets, together. Victoria's Secret, which is arguably the most popular women's lingerie and clothing brand in the world, satisfies customers with these sales all the time, and, while most of us think we are getting a steal, Victoria Secret is really the one cashing in.

How often do you check where your clothing is made? It's not hard. Most brands, including VS and their clothing brand PINK, mention the site of production on the size labels in all of their apparel and gear. If you do check, you won't be surprised to know that the big name bra store outsources. No big deal, right? Right. Well... that is until you're forced to come face-to-face with the results of this outsourcing. Sri Lanka, for example, employs thousands of women. What would happen if you were able to talk to just one of those women? To know what her life was like working as a materials creator for Victoria's Secret and PINK? Perhaps if you could write a letter (gasp!), you would talk to one of those women.

I think this would be the response to your inquiries about her life and working conditions:

Here in Sri Lanka, the clothing for Victoria’s Secret and PINK are made for stores that are oceans and miles away. I am one woman of the 75 percent that make up the employees at our factory, and I make the sweatpants, sweatshirts, tank tops, underwear, and much more that women all over the world wear, although I am too poor to afford it myself. Everyday, I sew about two hundred and fifty garments and work close to 15 hours. You may be thinking to yourself, “Wow! That sounds like great money,” but you are wrong. Even though I work in one of Victoria’s Secret largest supplying factories, I am paid only four cents for every garment I sew, and, for the most part, I am never paid for the overtime hours I work to meet my high quota of garments. I make less than seventy five cents every day despite the number of garments I make, and, with the popularity of Sri Lanka rising in the lingerie business, my quota only gets higher. Especially with the large concern of losing our factory to another country like China, India, or Vietnam due to competition. Yes, our country is very afraid of that, so our wages stay the same while our hours and quotas reach higher numbers.

This makes life much harder while I work. I’m constantly under surveillance to ensure that I am meeting production goals and not making mistakes on the clothing. If I am, and I get caught, I risk getting beaten again. However, while the beatings do hurt, what hurts more is that when I am beaten it usually just puts me behind on my garments, and I lose the money I could have been making during that time instead. While you may be doing the math and realizing that I may only lose about sixteen cents that day, I too understand that I am losing about sixteen cents. I understand that I’m losing about a fifth of what little I already make to feed my children. I have two, by the way. A boy and a girl, and I am lucky to have this job that helps me support them in any way I can. I know it may not seem like it to you, but I feel that I truly am fortunate. Less than a third of the women here in Sri Lanka are employed, and I am one of the few who have the opportunity to work and earn my own money. I am grateful and I work hard, because keeping a job is no guarantee, especially not for women like myself when there are many others just like me waiting in line to work.

However, I did hear not too long ago that another factory like ours in a country called Jordan, there were workers that were not grateful. Yes, I heard that six men were arrested and imprisoned for trying to demand a lower quota… Those “guest workers,” as they are called, make up to three thousand dollars for three years of work! Fools! If it were me that was making that much money, I would sew until my fingers bled (Well, more than they already do). One of the women who lives near me and works in the factory as well has been hearing that since the men were arrested all of the people in the factory in Jordan went on strike. No one is working! All of the “guests” may be deported back to their homes, and, if what I hear is true, what an opportunity this could be! Although I am not sure of what I would do with my children, to have three thousand dollars to send back to them would be amazing. I really do love them so. I’m not sure if I could leave them, but I know I want so much more for them than what I have for myself now... I think about this often. I have heard managers at the factory talking about the possibility of more Victoria’s Secret factories moving to Sri Lanka to help keep the cost down for their business, and I hope that one day my children are not workers there. I must do all I can to make their lives better.

Now, I'm not saying you should boycott Victoria's Secret. They are just one of many apparel and gear brands (like Donald Trump's, for example) that decide to outsource the creating process for their products due to lower labor costs and lack of worker's rights. However, I do suggest that the next time you're about to drop $50 for a jersey shirt, you keep the workers from Sri Lanka, and many other places in the world, in mind. Those workers live Victoria's Secret every day, but you do not have to.

The response in this article is not from a real worker, but a result of the writer's opinion and thoughts on the issue.

QueenRadhi
The State University of New York at Stony Brook
2397