How 'To The Bone' Really Made Me Feel
Odyssey

How 'To The Bone' Really Made Me Feel

Unsettling is putting it lightly 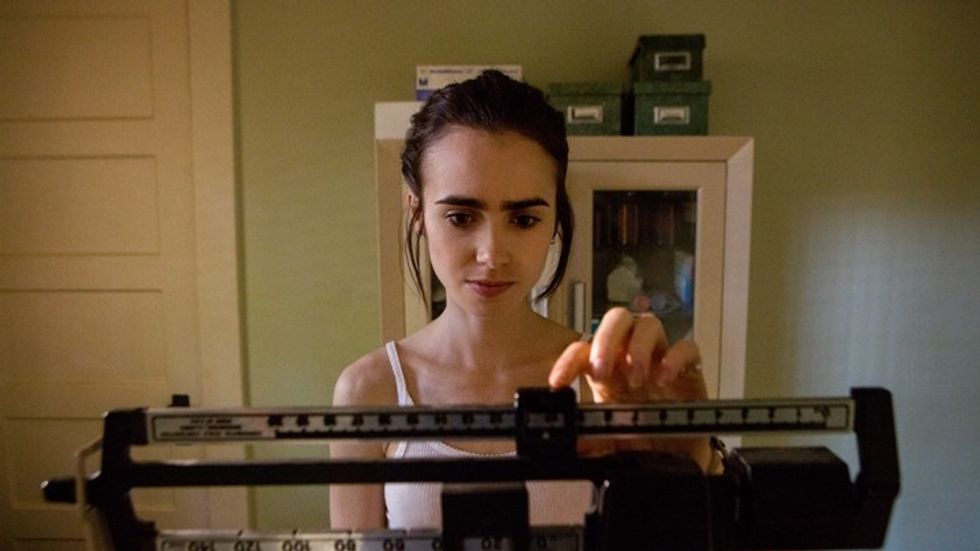 After struggling with a "minor" eating disorder for years, watching the Netflix Original "To The Bone" was more unsettling than I thought.

"To The Bone" is a Netflix Original film that showcases a young woman suffering from anorexia and her journey through recovery. When it was released on Netflix I wanted to watch it so badly. Netflix Originals are almost always good and after hearing my friends had watched it I wanted to too.

But with the state of mind I was in at the time, I couldn't put myself through that. This past summer I was at the peak of my eating disorder and watching a graphic film wasn't something I would have considered healthy. As time progressed, I got better and I forgot about the film. But this past weekend while browsing through my suggested content, "To The Bone" popped up on my screen.

After an hour and 47 minutes not only did I find myself almost sick to my stomach, but I found myself reflecting back on my own journey.

Growing up, my weight was always something that I was self-conscious about. I've always been tall, the tallest in my class, yet from 3rd to 6th grade I was chubbier than I'd liked. As a kid, you just kind of deal with it. So that's what I did. And eventually my body distributed and the weight evened out, but I never lost that distant feeling of self-hatred that came alongside a little extra weight.

I was already self-conscious about being taller than all of the guys in my class, but being heavier than them was a whole different story. I remember in the 2nd grade we did a science experiment where everyone had to weigh themselves in front of the class for "data". And I remember stepping on that scale and seeing 3-digits and thinking I was a monstrosity. I was probably around 5'8" back then, and 100 lbs at that height is normal. But when all of my friends were 5'1" and 70 lbs, it didn't feel all that normal. That day was the first day I can remember feeling ashamed of my body. That day—that's when it all started.

If you were to look at me now you'd think I'm totally healthy. I'm about 5'11" and 140 lbs, a perfectly healthy weight. Yet here I am trying to lose 10 to 15 lbs. Over the past couple of years, my weight has fluctuated almost drastically. In February of 2017 I weighed 165 lbs, and after serious dieting and restriction, by April I weighed 142 lbs.

But that wasn't my first experience with diets. In 9th grade, when I was merely 15 years old, I went on a week-long liquid diet in preparation to meet up with this boy I had been "talking" to for a while. I remember solely eating protein bars and drinking gallons of water every day, doing ab exercises until my body hurt, all just to impress a freshman in high school.

That's when the real problem started—and it hasn't stopped since. For the past 2 years, I have been in a constant and vicious cycle of restricting and bingeing. And although no one else has really noticed, I've been in a constant battle between my body and food. I either don't eat or I start eating and I can't stop, and either way, it's unhealthy either way, I'm ashamed.

I tried going to therapy. I tried getting help. Everyone claimed to be a specialist, but no one really knew what they were doing. Digging into my past, my relationship with my father, broken friendships, broken hearts, all to try and find some root cause to why I became the way I am. But it doesn't root from anything like that. I didn't have a serious problem I guess. I wasn't on the verge of becoming vastly overweight or of dying from malnourishment. I was healthy, and so they all thought it must be some crazy side effect of some crazy event that happened 10 years ago. I guess maybe it is, but all the digging only led to more self-hate and more disappointment in myself.

So after watching "To The Bone", I almost wish my case of BED (binge-eating disorder) was more serious. I almost wish it was worse. Because that's when people start to care and start to worry and start to do something. The main character, Ellen, had been to several rehab centers, several therapists, who took real, hard action, and all I had was some lady trying to convince me that my relationship with my father was what made me sick. "To The Bone" made me wish that people cared me and that people knew.

It made me wish people would stop telling me I'm skinny because the only reason I'm skinny is the days I don't eat. I don't purge, and I am so thankful for that, but I have to weigh out the bingeing with something. And while today I might have eaten a buffet, tomorrow I might eat a piece of toast, and my body has learned to live like that. It's learned to function off of almost nothing and it's almost hard to want to eat, because if I do—I might hate myself even more. Always worrying if I'm skinny enough. Thinking a pound or two makes a world of a difference. "That cookie will make me fat."

It's a never-ending cycle that never leaves me alone.

Yes, it's messed up that I fantasize to have a worse eating disorder, but it's like any illness there is. When you go to the doctor with a cold they can't do much for you. But when you go with pneumonia? There's a hell of a lot more that they're willing to do.

"To The Bone" was a good film. It showed a realistic story of an average girl who struggles with an eating disorder, just like 30 million others suffer from in the US every year. It showcased the ugly truth behind an eating disorder. But while it made me thankful that my case isn't so severe, it also made a small part of me wish it was. But that's something I'm going to have to live with.

So while I go about my day and eat my toast or scarf down twelve chocolate chip cookies for lunch, I'll wish that there was something someone was willing to do to help. They say, "Tell someone how you feel before it's too late"... someone, please help me before it's too late. Because once it's too late, one day I might die of obesity, or anorexia, or whatever, or who knows? Maybe I'll be fine.

But when it's finally too late, maybe I too will have shriveled up to the bone. And I guarantee they'll wish they cared a lot more sooner.