5 Reasons Why You Should Not Get a Fake ID
Odyssey

5 Reasons Why You Should Not Get a Fake ID

A fake ID may sound like a good idea, but think again. 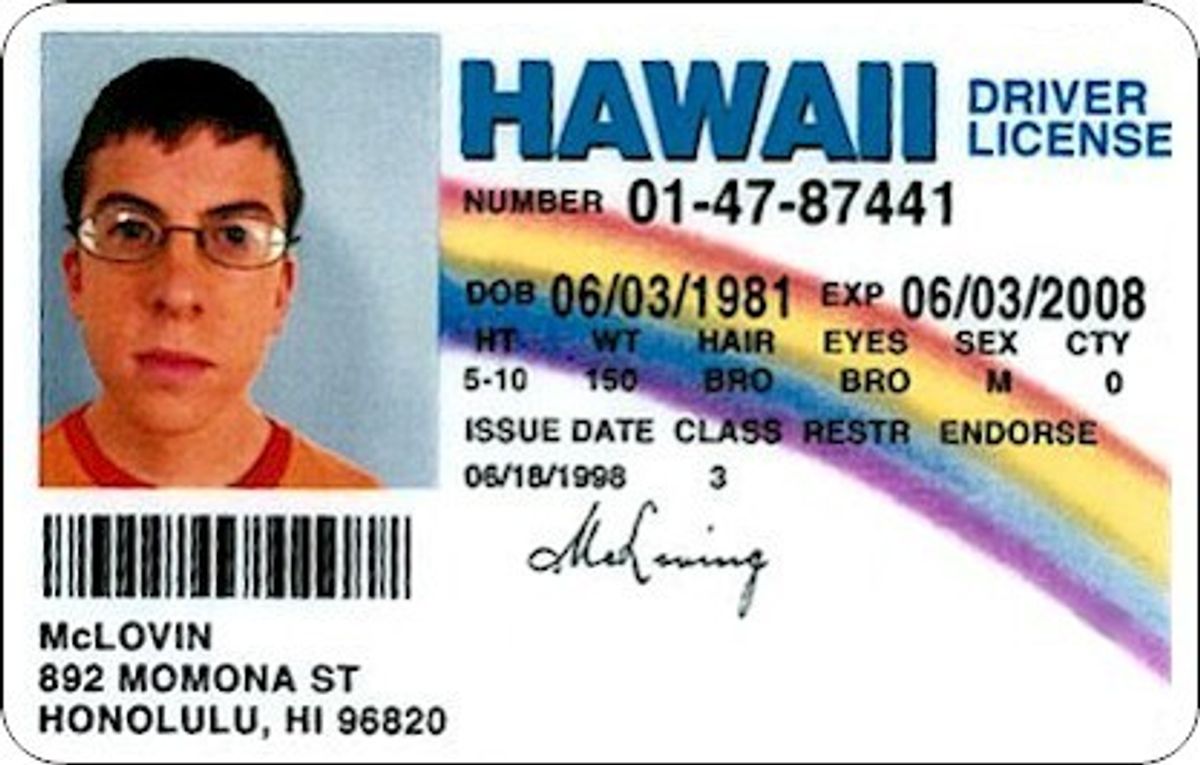 "Chicka chicka, yeah, fake ID, fake ID!" We’ve all probably seen "Superbad," where Fogell (played by Christopher Mintz-Plasse) gets a fake Hawaiian ID so he can buy alcohol to impress a girl. Along the way, he has a run in with the cops (Bill Hader and Seth Rogen, the most professional cops ever) and ends up smoking cigarettes and doing donuts with them in their police cruiser.

Let me just warn you, this will NEVER happen. The cops will bust you and you will face the consequences. I’ve known a few people with fake IDs and it never ended well for any of them. Sure, they got away with it sometimes and had a great night on the town, but mostly, they got it taken away by 16-year-old grocery store clerks or they got caught at the bar and arrested. If you and your friends are thinking about getting fake IDs, consider the following first:

Duh. If you get caught with one of these bad boys, you could be looking at probation, a $1,000 fine or even up to a year of jail time (Va. Code 46.2-346). While this isn’t common, you never know. You could be the one person who gets the jerky cop and ends up next to a big scary guy in jail for the night with an empty wallet and a year of meetings with your probation officer. Also, if you’re using a real ID that isn’t yours, you could be charged with all this AND identity theft. Wouldn’t that make your parents proud?

Let’s say the average fake ID costs $100. If you want a duplicate in case the first one is lost or confiscated, that’s an extra $25. So you just spent $125 on something that you’ll probably only use for a year or two. Think about it this way: an average drink at a bar costs $5, or a 24-pack of Bud Light costs about $20. If you add all this up, the money you just spent on that fake ID adds up to 25 drinks at a bar or six-plus cases of beer. You just spent all this money so you could pay even more money for drinks, when you could’ve saved it and bought even more later.

Fake ID manufacturers don’t have an office. They don’t have a website. You can’t call them. All you have is a weird email address that your friend passed on to you and a fake name of someone who makes these things in his mom’s basement. You fill out a form and hope you spelled everything right, send these people a headshot and they get to work. Trust me, the ID will suck. The material will suck. Your picture will suck. The hologram will suck. It might scan, but you’ll definitely want to try using it in the dark so they can’t see your red eyes or jagged hair because they didn’t know how to use photoshop.

4. Did I mention IT’S SKETCHY?

Have you ever done a money order? Once you order the sucky fake ID, you have to pay… and you can’t just send them a check or give them your credit card number. NEVER GIVE THEM YOUR CREDIT CARD NUMBER. They’ll probably ask you to do a money order and give you a weird account number to send it to. You’ll get to the counter and the teller will ask you why you’re sending so much cash to somewhere like the Dominican Republic. No, they aren’t making the ID there, they just have an account there so it’s harder to trace. You’ll have to make something up about sending money to a friend on a mission trip. Sounds smart, but still sketchy and you just lied to your bank teller about your friend who really isn’t that charitable. Bummer.

Almost everyone I know can’t wait until their 21st birthday so they can go out and legally order the perfect “first” drink. But what’s so exciting about that after you’ve been getting drinks with your fake ID for a year? You don’t have to have a fake ID to drink before you’re 21, but you do if you want to go out instead of drinking warm wine coolers with your friends around a bonfire. People wait 21 years, or about 7,665 days, to be able to go out and drink, but getting a fake ID will dull the excitement of that glorious day when you can take your first sip of beer and smile because you know there’s nothing anyone can do about it.

Still think a fake ID sounds like a good idea? If you’re willing to risk it, you could have a lot of fun… but you could also end up in a lot of trouble. Good luck, McLovin.