The Transition From A Dorm To An Apartment
Odyssey
CurrentlySwoonLifestyleHealth & WellnessStudent LifeContent InspirationEntertainmentPolitics and ActivismSportsAdulting
About usAdvertiseTermsPrivacyDMCAContact us
® 2023 ODYSSEY
Welcome back
Sign in to comment to your favorite stories, participate in your community and interact with your friends
or
LOG IN WITH FACEBOOK
No account? Create one
Start writing a post
Student Life

The Transition From A Dorm To An Apartment

My journey through the different types of campus housing. 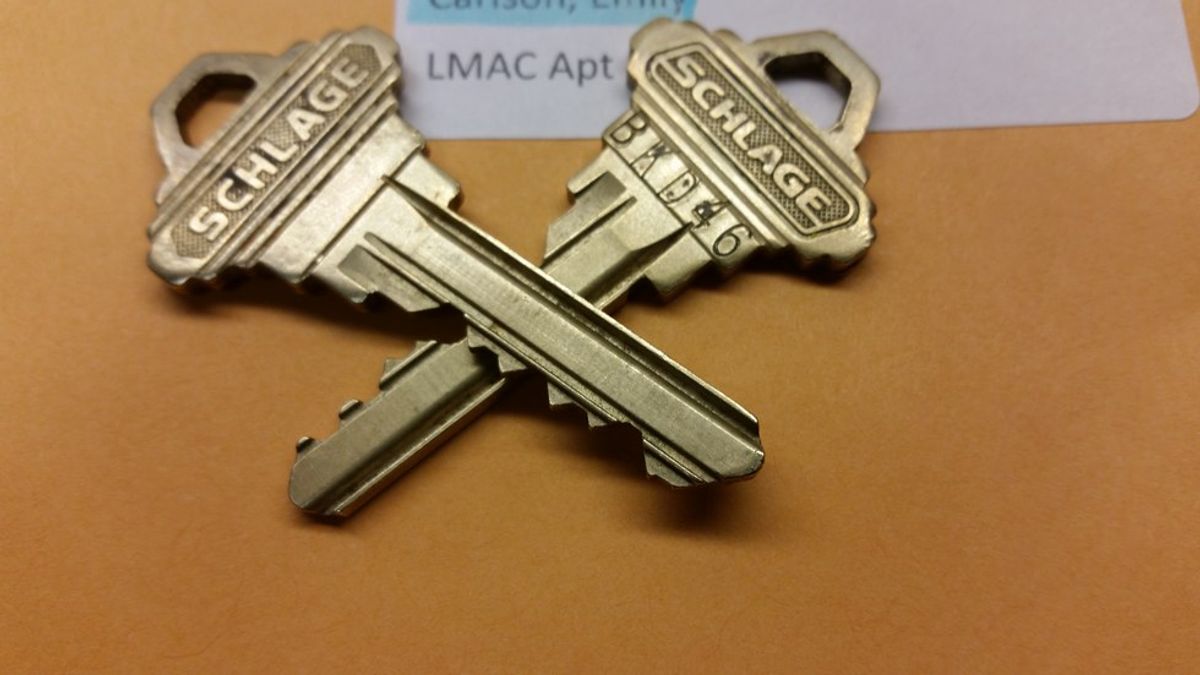 This year will be my third year attending school at Loras College. I have lived on campus every year. Over the three years I have moved from traditional dorms to alternative dorms and now I have moved into the campus apartments. I think there are good and bad things about each housing option, but I think that there will be many reasons the apartment will be my favorite.

For my first year at Loras College I lived in a traditional residence hall. As you can imagine this entails communal restrooms, roommates, small rooms, and no air conditioning. The two rooms that I had throughout my first year were both right across from the bathrooms. Now when I needed to use it, it was great because I didn't have to walk far. But every time the party girls came back into the hall I could hear them drunkenly stumble into the bathroom to throw up the obscene amounts of alcohol that they had consumed. I was lucky to have great roommate experiences. Both of my roommates turned out to be great friends, but I was lucky. Not having air conditioning was the worst thing. For the first three weeks of school I swear I was crispy from how hot my room was. Overall the amount of people, the commotion of the freshman dorm, and the traditional style of Beckman Hall was not my cup of tea.

During my sophomore year at Loras I moved up to alternative housing. I lived in Smyth Hall in one of the two triple rooms. I loved being with my roommates in a quiet, small atmosphere. Another great thing for me, being a person who loves to cook food, was that there was a kitchen to use. The kitchen wasn't fabulous, but it had cupboards that we could use to store our kitchen supplies and extra food. The biggest selling point for me was the location of Smyth. The hall is right in the middle of campus, which meant that I could sleep longer in the morning because I didn't have to add extra time for walking across campus. Only down sides were we still didn't have air conditioning and we always had to clean the communal kitchen before using it.

Now this year I live in the Lynch McCarthy Apartment Complex (LMAC). I live with three other girls, who happen to be some of my favorite people on campus. We have our own rooms, a kitchen, our own bathroom, and a living room. We do not have to pay for utilities. AND WE HAVE AIR CONDITIONING!!! We now have all of the little things that were missing from the other housing options on campus. The only downside for me is I have to walk all the way across campus for my classes. But that may be a blessing in disguise. I might actually work off the freshman 15 that I never got rid of. So really I have nothing to complain about and I would recommend the apartments to any upperclassman.