The Secret Life Of A Museum Geek
Odyssey
CurrentlySwoonLifestyleHealth & WellnessStudent LifeContent InspirationEntertainmentPolitics and ActivismSportsAdulting
About usAdvertiseTermsPrivacyDMCAContact us
® 2023 ODYSSEY
Welcome back
Sign in to comment to your favorite stories, participate in your community and interact with your friends
or
LOG IN WITH FACEBOOK
No account? Create one
Start writing a post
Entertainment

The Secret Life Of A Museum Geek 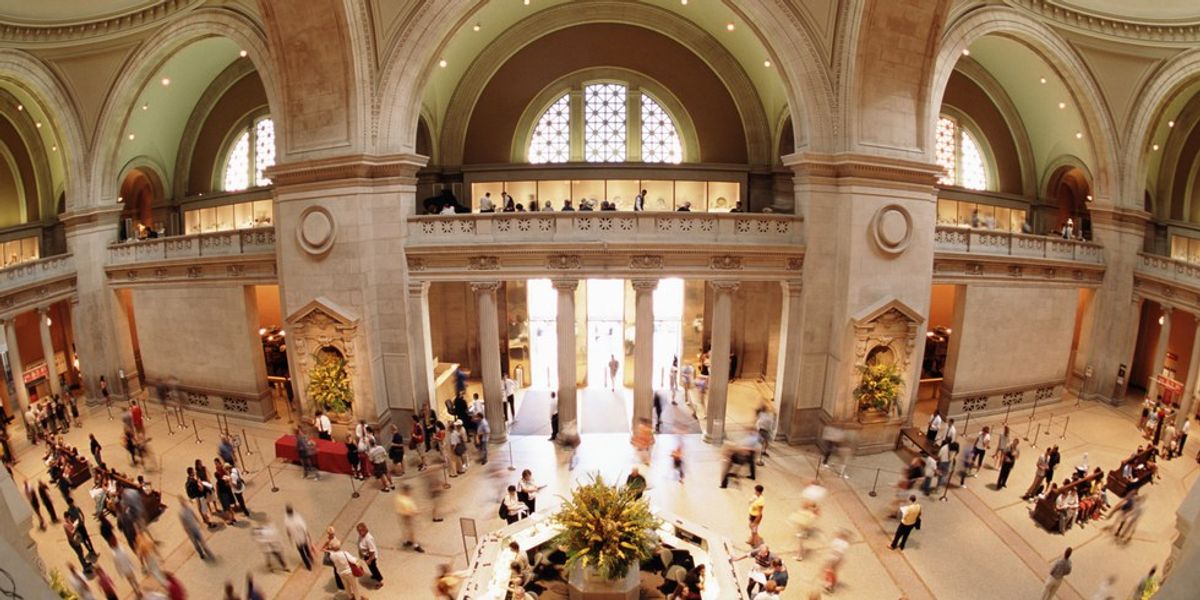 Some people possess likes and dislikes that you can’t see on the surface. For example, my friend Megan is a total Hamilton nerd, but you wouldn’t know that if you didn’t talk to her about it. She can go on for hours talking about the character dynamics, how she knows every word to almost every song, or how she saw it on Broadway (even though it was not the original cast, she says it was still amazing). For me, my thing is museums. If you bring up how the MoMa is better than the Met, if you don’t provide concrete evidence from exhibits or artifacts, you better believe I’ll fight you.

Whether it’s a small gallery or a massive museum, I can spend hours admiring the brush strokes of French revolutionists or the precise sculpture created by Roman artists in the ancient times. Something about the fact that artists used their tools to express themselves in such creative ways always has enticed me. If you let me go loose in a museum, you can expect to catch me still staring doe eyed at the art pieces hours later. My personal favorite types of exhibits include all sorts of Greek Art, so, naturally, I spend a lot of time in the Greek Art sector of the Metropolitan Museum of Art. See, something that contributes to my love for museums would be my accessibility to the hub of museums. I can catch a train down the street from my house and exit into the concrete jungle that is New York City.

I guess I need to backtrack a bit. My love for museums started recently, probably around a year ago. Venturing into the city was not unusual, it was something I did on weekends to shop at unique boutiques and eat delectable food. I was in uptown Manhattan, when, suddenly, I turned the corner and saw a massive edifice looming overhead, with an angelic, but somewhat overwhelming, ambiance. There were these blood red drapes with the words “The Met” in large print. Then, suddenly, I got all these flashbacks to Gossip Girl episodes in which the prestigious Blair Waldorf and Serena Van Der Woodsen would enjoy lunch on the steps of this picture perfect building. So, naturally, I had an impulse to venture inside. Four hours later, I emerged a new person with a new love for museums. Ever since then, I’m the nerd who checks websites to keep tabs on which exhibits open to the public and which exhibits have to, sadly, close.