The School Dress Code Debate That We Shouldn't Be Having
Odyssey

The School Dress Code Debate That We Shouldn't Be Having

Dress codes are the real distraction. 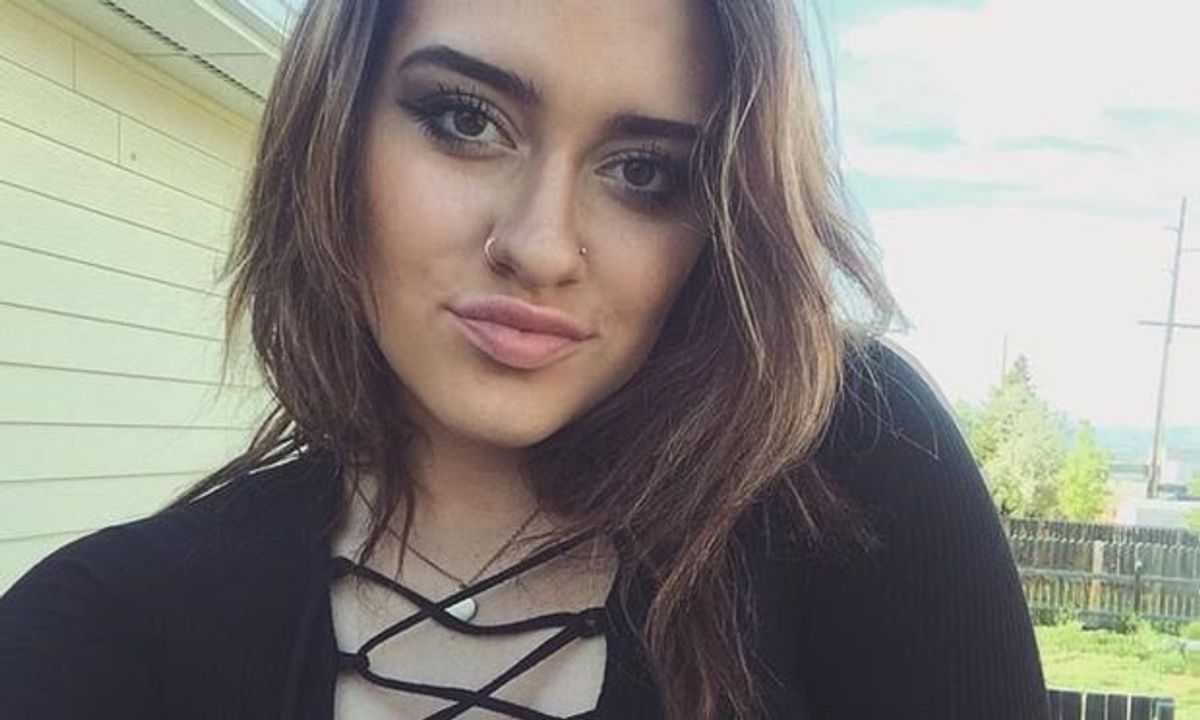 A high school girl from Helena, Montana by the name of Kaitlyn gained some media attention when she organized a "No Bra Day" at her high school, after being reprimanded by an administrator for showing up to school without a bra, on the basis that it made male students and teachers "uncomfortable," and that they "don't want to see that." After the day gained traction, Kaitlyn penned an op-ed for The Guardian describing her experience and stating her intentions behind the day.

The story left me seething. I was appalled that school administrators would have the nerve to talk to high school girls the way those at this high school talked to Kaitlyn. I was even more appalled by the cruelty and blatant slut-shaming Kaitlyn received in the comments' sections, calling her a "whore" and an "attention-seeker," and telling her to take her own life. Most appalling to me was the general spectacle of how these administrators made such a fuss over a girl choosing not to wear a bra. I have to wonder: Why, in 2016, is whether a girl is wearing a bra or not such a big deal?

Sadly, this is not an isolated incident. This is part of a much bigger picture of how school dress codes throughout the country have been used to humiliate and objectify female students. Every once in awhile, I'll stumble upon some story about a local controversy over the dress codes of a particular school -- girls being sent home or forced to change because their shoulders were exposed, or their shorts or skirts were too short. Sometimes I'll hear about it because the way a dress code is enforced is especially cruel and humiliating, like one girl who was forced to wear a T-shirt and sweats that read "Dress Code Violation."

The public school system from which I graduated was no stranger to this controversy. In middle school, as the year would venture closer to summer, the principal would remind girls over a loudspeaker not to wear short shorts. I've also never forgotten one occasion in eighth grade gym class, in which the teacher called up about 7 or 8 girls, all in T-shirts and gym shorts, lined them up in front of the class, and told them all that their shorts were too short. I felt bad for those girls, and found it cruel to make an example of them like that.

I recall reading the dress code thoroughly, and in retrospect, there were policies that didn't make sense. The dress code forbade virtually any exposure of shoulders, which seems pointless because girls of all ages wear sleeveless shirts and tops all the time literally everywhere else, even to church. I don't find it overtly distracting because I'm so used to seeing girls dressing like that. It's so commonplace that it just isn't a big deal, so it seems counterintuitive to forbid such a common way of dressing.

Another major point of controversy is yoga pants and leggings. Again, girls wear them all the time, so they really shouldn't be a big deal. And once they get into college, the dress code will be significantly loosened, and girls will be free to go braless and wear leggings, sleeveless shirts, short shorts, or whatever else they want to class. And if they can't dress in those ways in high school, they'll dress like it everywhere else. By forbidding these very commonplace clothes, school administrators make distractions where there are none to begin with.

A common retort that I hear is, "Kids need to learn that the world has rules, and they need to follow them." This doesn't fly with me. To me, that's just a cop out when you don't have a better argument, and frankly, the condescension of it just annoys me. Following rules does not mean never questioning them, and that's what such a retort seems to be suggesting. Yes, sometimes you have to follow rules that you don't like, but that doesn't mean rules should exist for the sake of having them.

Another retort that I frequently hear is, "In the real world, jobs will have dress codes, and this is to prepare students for the real world." I find that a bit hard to swallow, because many of these same dress codes allow students to throw on a T-shirt and sweats and come to school. If schools aren't otherwise requiring students to dress "professional," that argument doesn't really hold up to me.

But the most problematic reasoning for these dress codes is the mindset that girls have to cover up so boys won't be distracted. That sends a litany of harmful messages to young, impressionable students. It's part of this bigger societal problem of sexualizing women's bodies. By telling them to cover up so boys aren't distracted, administrators perpetuate the message that women's bodies are inherently sexual, and contribute to women being sexually objectified in our culture.

Another way that this mindset is harmful is how it prioritizes boys' education over girls' education. By pulling girls out of class and forcing them to change, administrators waste girls' valuable class time, time they could have been using to do what they came to do--learn--simply because their clothes and bodies *distract* boys from their education. They put boys' supposed discomfort over the sight of a shoulder (or *gasp!* a braless shoulder!) over girls' comfort in their own bodies, and give no concern for how uncomfortable clothes might interfere with their ability to learn. Many women are going without bras because they find them uncomfortable, and that was Kaitlyn's only intention in not wearing a bra: personal and physical comfort. I also think of one female friend who finds jeans extremely uncomfortable, even painful, and is much more comfortable wearing leggings. Yet the administrators force girls to forgo their own personal comfort for that of boys, and within that is this subtle reinforcement of male privilege and entitlement.

And okay, let's talk about those helplessly hormonal teenage boys administrators are so worried about. I personally find that way of looking at boys and men incredibly insulting as a man myself. We have way more self-control than such a mindset gives us credit for; our sexual urges do not dictate our lives. The Helena principal's contention that Kaitlyn not wearing a bra would make boys "uncomfortable" is a questionable one. Half the time, I probably wouldn't even know whether a girl was wearing a bra, but even if I did, why the hell would I be uncomfortable with the absence of a strap the width of a finger? I will also mention again that women will dress in these forbidden manners everywhere else outside of high school, and will dress that way once they go to college, and we men do just fine, because we're so used to seeing it that it isn't a distraction to us.

The Helena principal contends that female students can't go braless because male students and teachers "don't want to see that." First of all, teachers? I don't even want to go there. Second, who gives a sh*t? It doesn't matter whether boys want to see it or not, because Kaitlyn and her friends didn't dress for them; they dressed for themselves, and for their own personal comfort. And that's all that should matter. Girls shouldn't feel the need to dress solely based on what boys might think, and definitely not based on what adult male teachers and administrators might think. Girls should feel free to choose their clothes based on what is comfortable for them, and only them. It's that simple.

It's time to stop acting like women's bodies and clothing choices are up for public debate. That's a bigger distraction than a braless shoulder ever will be.