When everyone tells you to do something, is it that big a deal to just say no? 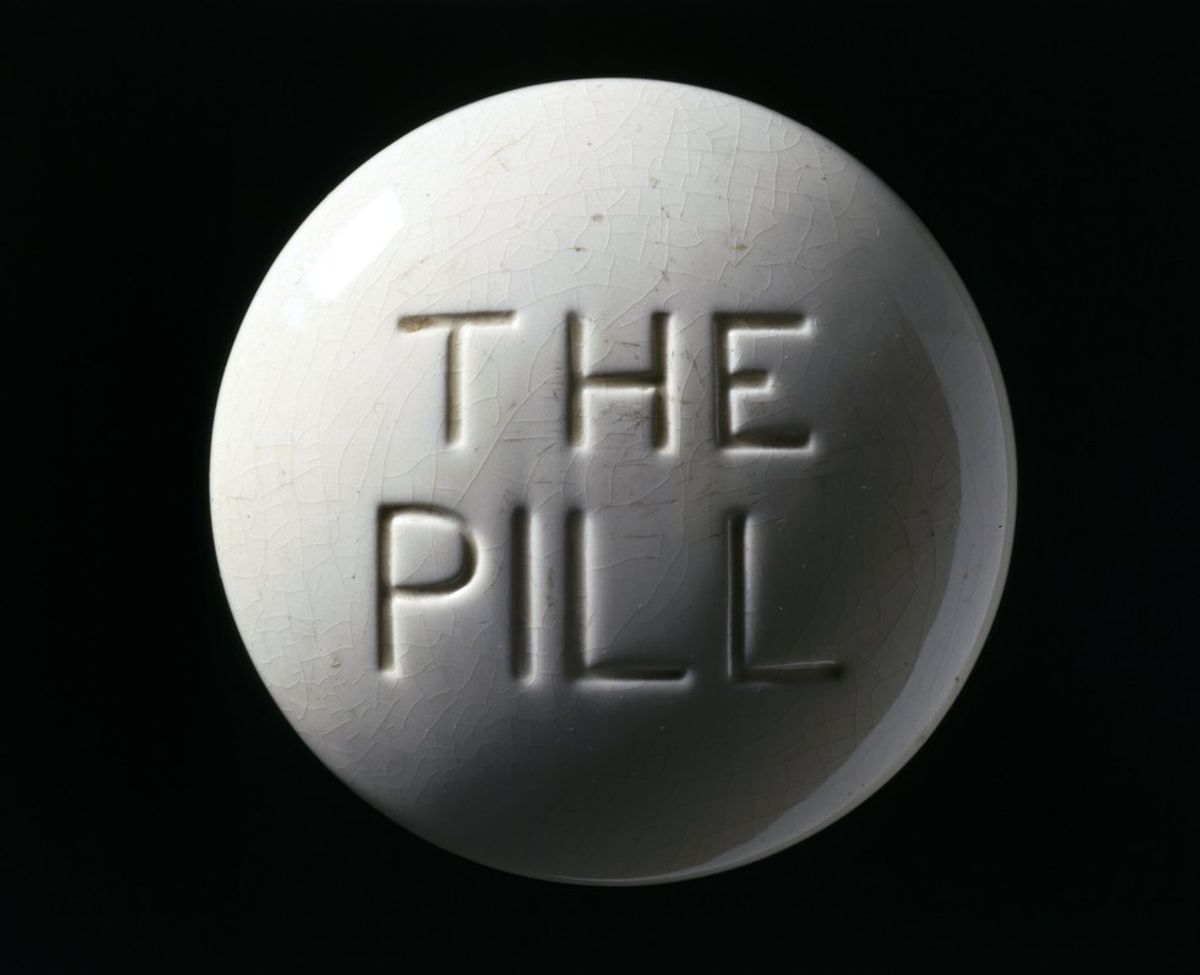 At 9 a.m. sharp no matter what you’re doing everyone immediately takes a pill. You could be at any place in the modern world and at 9 a.m. you’ll see every car on the highway, every shopper in every store, and every worker in every profession immediately stop, pull out a small orange pill, and swallow it.

In actuality, you won’t really see this because you’ll be taking the same pill at the same time with everyone else. It seems crazy how normal and routine some things can seem. Like everyone brushes their teeth, everyone showers, and everyone takes their pill.

Now everyone can agree that taking your pill is important, your doctor gives you a bag of them every month, but no one really agrees on why it’s important. There are different theories all around but each culture has their own.

In the United States, they mostly believe that the pill is the daily cure to a widespread deadly disease everyone become infected with centuries past. In Europe, it's become a belief that this small orange pill is a vitamin enforced by the government to promote national health. And there are many other more radical theories all around. But almost everyone will agree on its necessity.

I did say almost everyone, though, there are some third world countries that are completely devoid of this pill. And day by day no large amount of third world countries are going extinct. A bit suspicious I agree, but all the advanced nations have dozens of factories popping out these orange tablets daily so they must be needed for something. That and almost every day since we were kids us humans have been taught to always take our pill. Always!

Every one of us has had a pill forced down their throat because of a bought of childhood rebellion. It's just become a part of our culture. And so no one questions it. NO ONE! There may have been rumors of a group of rebels that organized a group pill refusal. But that went away very quickly.

You see, the pill is vital. The pill gives us life and the pill keeps us going. The complete reason for the pills necessity is such a long description of medical mumbo jumbo that I won’t bore you with here but just know this: Without your pill you have no life. Without their pill your loved ones have no life. Without out pill none of us have life. Your pill gives life.”

Then a young male voice cuts in, “That’s enough of that nonsense.” A young man dressed in a hoodie with shaded sunken eyes and frayed unkempt hair turns off a small TV screen and turns to face us as if we are watching a video. “You don’t want to hear any more of that.” That’s all bullshit, trust me. I’ve been off my pill for over a month now and I'm as good as can be.” The young man shivers a bit and starts hacking for at least five minutes. He seems to be incredibly sick and just barely fighting it off. But his demeanor is one of a young child invincible to the world. “Sorry about that, just one of the side effects of freedom.” He starts to really pick up like he's finally going to empty his mind of thoughts he has been having for awhile now.

"Freedom of the damned pill. The pill that staunches your free will and turns everyone into a walking mannequin. In certain circles, it's said that the old world used to do the same to the mentally and emotionally challenged.

Lock them up for a crime they had no choice in committing. The only difference is that back then the doctors had to use several pills. Nowadays modern medicine has converted it all into one "miracle pill." And back then only the unlucky few were forced to put their true selves in medicinal cages. Now everyone is mandatorily controlled.

The young man then pulls one of these pills out, throws it to the ground and crushes it beneath his boot for emphasis. “But not anymore. Today the control ends. Today the power is stripped from those over us. If you are watching this video then I know you agree. But this video is not just for promotional purposes. This is an experiment.

For the longest recorded time, someone has gone without their pill is seven weeks and four days. And as it is almost midnight I am three minutes from breaking this record. In this video, I am recording what happens when one goes almost two months without the pill. I've locked myself in this room in a secret location so no one can stop me."

At this time a loud banging comes from the left of the shot. “Right on time, there is the local authorities. They must have found out about my experiment…or it might just be my parking tickets. Either way, they won't be able to get me in time. Because I will be breaking the pill record in…3…2…1…”

At that moment the young man that we've been watching falls to the ground and…well, that’s it. He just hits the ground, the banging on the door stops, the light starts to slowly dim and…then the video cuts out. I guess the pill really is necessary.

Madison Franz
The Narrative
1115529
Photo by Brooke Cagle on Unsplash

Madison Franz
The Narrative
653392
Photo by Manny Moreno on Unsplash