The Richmond I Know

The Richmond I Know

I know that no matter where I travel in the world, Richmond will always be my home. 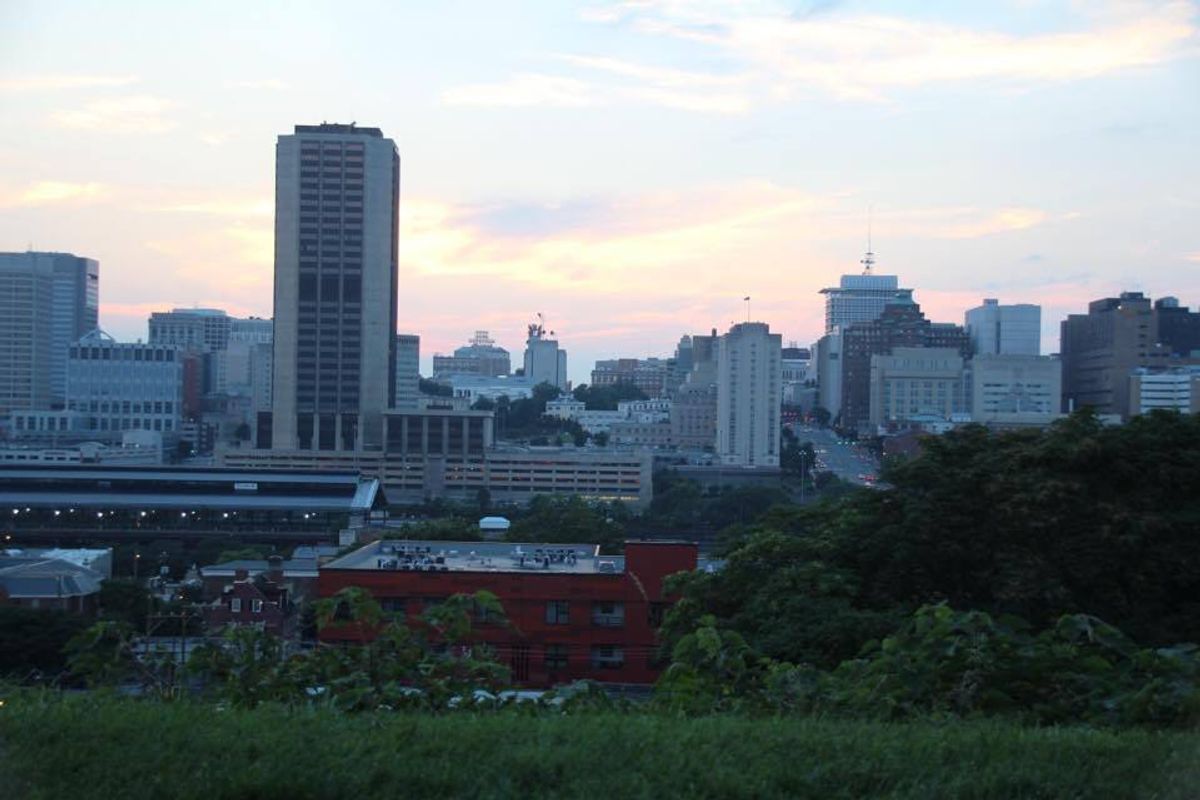 I was raised in a city once referred to as the "murder Capital of the commonwealth", known perhaps more affectionately as the Capitol of the confederacy. To the unknowing eye, Richmond, Virginia is a hub of confederate propaganda, dangerous criminals, and oddly on the opposite side of the spectrum radical minded hipsters always in search of a new vintage pop-up or four dollar cup of coffee. Balancing right on the edge of what is considered "the south", Richmond is often viewed as a city where the opposing forces of the liberal north and conservative south collide, and ultimately clash.

So are these stereotypes wrong? Perhaps not entirely. I can't count the number of times I've seen that red and blue x-emblazoned flag waving outside the confederate memorial chapel or driven past the grand Robert E. Lee state on monument avenue. I'm sure I've spent enough money on over-prices mochas to pay my entire college tuition, and I've been to enough vintage stores--and own enough trinkets and tidbits and items of recycled clothing--to last a lifetime. But for those that think this is all that makes up Richmond, a confederate icon and a hipster hub, they'd be wrong.

Now before I begin, I need to preface with a bit of a disclaimer. I was raised in Richmond as a white, middle class female, a position that has introduced me to both benefits and disadvantages within our modern society. Never before have I lived below the poverty line or wondered where my next meal would come from, however I do not wish to turn a blind eye to the fact that there is radical change needed in Richmond, and in many other metropolitan cities for that matter, when it comes to poverty and unemployment. Richmond has a shocking child poverty rate, a school system in need of serious change, and a crime rate that was once considered the 5th most dangerous in the country, however, Richmond is also one of the most up and coming cities in the nation. Only recently it was ranked 3rd in the nation as one of Travel and Leisure’s “Best Places to Travel in 2016”, and it is considered one of the “best places to live” by US News and World Report. Richmond is a city of culture and history, art and music, adventure and exploration, and that is the Richmond I know.

The Richmond I know is a city of art and music and an appreciation for everything beautiful. I don’t believe I’d be an art major without Richmond’s endless galleries and museums on seemingly every corner, not to mention the countless murals that are as much a part of the landscape as the river that runs right through the city. Richmond’s passion for local artists as well as dedication to Old Masters and age-old classics sparked a love for creation in me, resulting in countless weekends spent at the VMFA or exploring the independent galleries along Main Street. Richmond is a city that embraces creativity and beauty and imagination at every step, a city that values the importance of art and music and a constant passion for something beautiful. From First Friday Art Walks to the new street art popping up seemingly every day, Richmond is a city where you truly feel valued as both an artist and a viewer.

The Richmond I know is a city where people seem to find an adventure at every step, a story at every turn. Whether it be trekking around the old buildings beside the river, dipping my toes in the rushing current by Belle Isle, or even just driving to the overlook to take my entire city in, Richmond made me feel courageous, exciting, and small in the best way possible. Living in a city with so much history, I often felt as though I were transported to another time, as if I were creating my own stories right on top of where so many others, for years and decades and centuries, had made theirs. Richmond is a city where so many have crafted their lives and written their histories, and my own story is now a part of this larger web, something I’ll always be grateful for.

I suppose what made me I am the most, though it took moving away from Richmond to realize it, were the people of Richmond. This is a city that excitedly welcomes people with passions, from art to music to sports, a city that awaits in anticipation for its incredible PrideFest and is known for being home to one of the most racially diverse universities in the nation. Richmond is a city that opens its arms to small businesses and independent companies, a city that is proud of those who work to make their dreams a reality. Richmond is a city that protested peacefully in the light of the recent election results, a city with many who are not afraid to stand up for what is right. Richmond is the city that made me who I am, and for that I will be forever grateful.

So is Richmond perfect? Not by any means. But Richmond is special and having left this spectacular city only shows me more and more every day what it’s done for me. I am thankful every day to have grown up in my amazing city, and I know no matter where I travel in the world, I know Richmond will forever be my home. I come from a city of art, of music, of adventure and history and passion, and that is the Richmond I know.