Just In Case You Wanted To See 'The Revenant' In The Future... Don't
Odyssey

Just In Case You Wanted To See 'The Revenant' In The Future... Don't 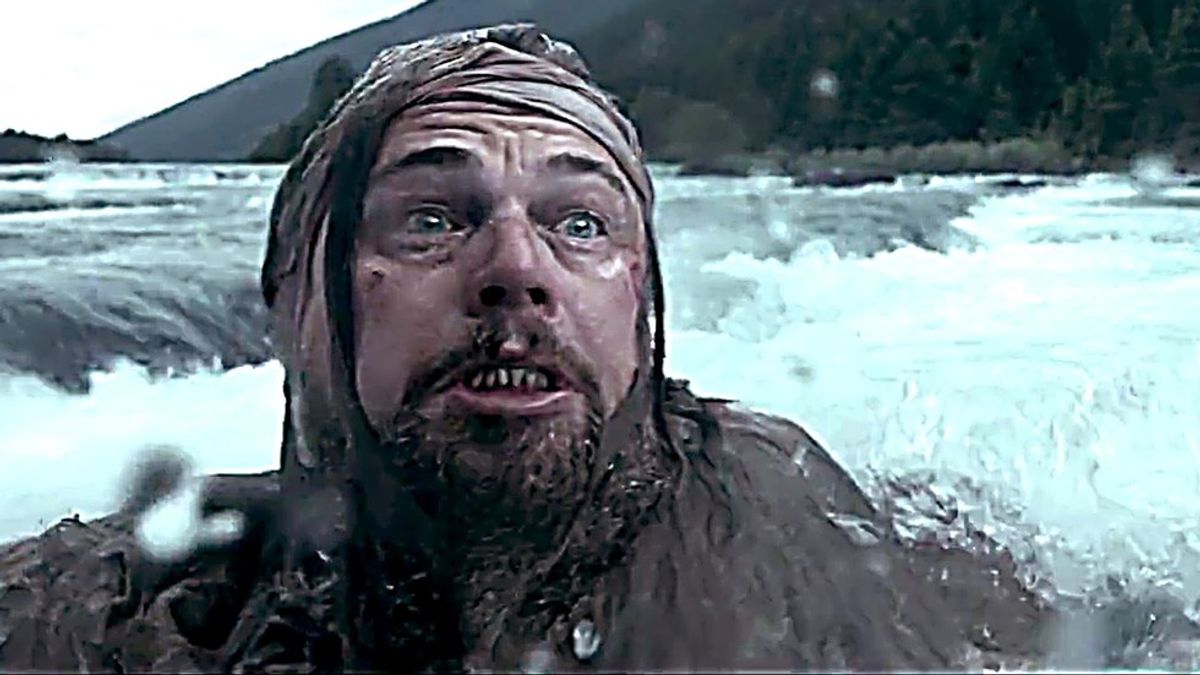 Trigger warning: Some of the content can be extremely graphic and there is a mention of a rape scene.

"The Revenant" has been critically acclaimed for its unprecedented nature and immersive story. While the visual effects can be truly stunning at times, the overall effect of the film left a bitter taste in my... everything. Not only did I feel like I was mentally waterboarded with images that are still branded into my psyche, but the lack of overall depth resulted in a disappointing experience that led to me laughing hysterically because I didn't know how to cope with the ordeal.

1. It constantly reminds you of how much white people fucked over the indigenous people.

3. Watch Leo get naked, gut a horse, and then crawl inside of its carcass!

There are no images nor words that can properly describe this. You'll just have to wait until the video finally gets released. For now, be thankful that it doesn't exist outside the movie theater.

4. Watch Leo devour a bison heart like it's NBD.

I shit you not.

I'm just going to leave this picture here. I know it was set in the nineteenth century and all, but there was basically no attempt to even try to show POC or women throughout the film? Again, is it really that hard to create a story that includes diversity or a real moral?

These include, but are not limited to hypothermia, starvation, salmonella, sepsis, blood loss, drowning, frostbite, concussions, getting shot, setting stabbed, and getting mauled.

Really? Is that necessary? Were you so desperate to fill time and "add to the story" that you needed to add a rape scene? How sick do you have to be to think that adds any "artistic value" to your cause? Congrats. You just made an entire audience cringe without actually addressing the issue of rape and sexual assault. What a noble action you just took. Fuck you.

Not the actual footage but you get the point...

This seems redundant to point out by now but the main antagonist is THE definition of an asshole. He also just looks like a tool.

12. The murder of an innocent boy.

Just in case you didn't hate him enough. Anything to push a story along, I suppose.

Why not just dump some salt onto the wounds we keep creating?! Are you really that lazy?! It's not like the movie isn't already two hours long. Let's add some useless dialogue to describe how "barbaric" the natives were. Holy fucking Jesus, why?!

15. The longest chase scene in history.

It took a solid 15 minutes for this fight scene to actually commence. And of course instead of suspenseful music, you just heard Leo's sultry breath heave in and out repeatedly.

16. The most anti-climactic ending.

But the kicker is once the chase ended and we finally resolved this god-damn conflict. I'm not one for spoilers but let's just say it's up there with the ending from Mama. The only justice I got from the ending was the fact that the movie was over.

18. An excessive amount of nature.

I'm all for cutscenes of nature but this wasn't a documentary so.... why?

Besides the fact that they suck at counting, this movie just reminded us of how awful they were to the Native Americans when it came to basically everything. If you need a reminder, see No. 1.

Not only is this grossly inaccurate... was it really necessary?

WHY!?!? Unless you're LoTR, Harry Potter, Star Wars or James Cameron, your movie should not be longer than two hours. Pls. Stahp.

Bb. I know you're striving for an Oscar and everything but this was not the way to do it. Between the mangled mane, the incessant grunting, the dramatized "not dying," the angst, among other things, I lost sympathy for you about 20 minutes through. Maybe try "Inception 2"?

In conclusion, this movie had far too many problems that the artistic merit was deeply overshadowed by everything listed above. There were so many different avenues that could have been taken in order to portray this kind of survivor-esque struggle without pulling a total dick move. No. Just... no.