The Reality Of Being A Christian At A Top Party School

Because resisting temptation is hard enough as it is. 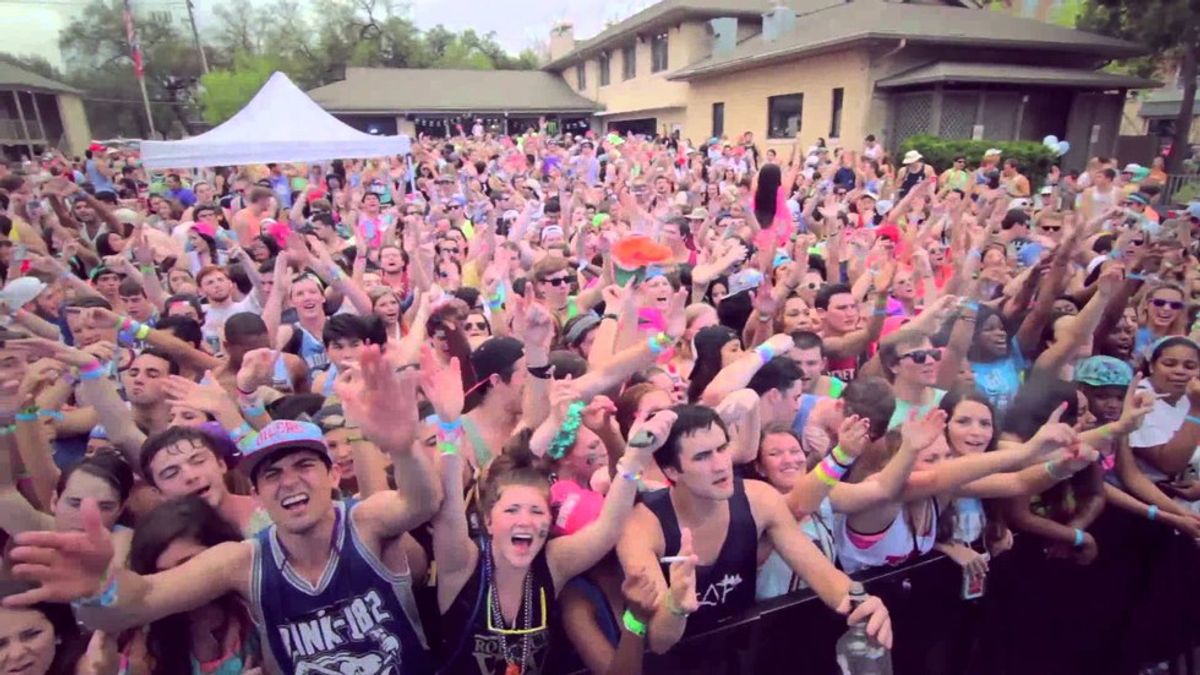 As a student who recently finished her freshman year at the University of Texas at Austin, the greatest college of all time (no bias or anything), I began to reflect on all that has changed for me, especially in regards to my relationship with Christ.

Longhorns are fortunate enough to attend an extraordinarily diverse university, full of people of different faiths. The best part? We are open minded and accept each other for our differing beliefs. I have never been afraid to express to others at UT that I am a follower of Christ.

In the past, I was sometimes scared of proclaiming my faith because I lacked passion for getting to know God and glorifying my actions with His love, so it felt wrong calling myself a Christian even though I believed in Jesus. I also was never exceptional at following the rules laid out in Scripture. (The struggle between being a rule follower and being a Christian was going to be a major hurdle for my faith during my first year of college.)

However, my life in high school was fairly abstinent. I’ve always been kind of nerdy, never the cool girl and definitely didn’t go to parties where I had a chance to get, umm, "turnt." What separated me from many of my other abstinent Christian friends is that I was curious about the party lifestyle and sometimes felt as if I was missing out.

Lack of parties certainly never turned out to be a problem at UT. Several sources list our college as one of the top party schools in the nation.

In case you don’t believe me, check out these reports.

To further my transition into college partying, I spent my first year living in West Campus. If you go to UT, you know this is a major party hub. There is an overwhelming mosaic of fraternity houses and apartment complexes to help with this label. Also, shout out to my two “X” chromosomes for helping me get into several parties! Seriously, girls here face no trouble getting into wild frat events.

I’m not exactly a party animal, but I’ve had my run with partying. Several aspects of it made me anxious, however. I worried about approval from others (“Do these drunk college kids think I’m interesting?”) without ever considering the fact that God’s approval was what truly mattered.

I also didn’t know how I was going to be a Christian if I couldn’t stay away from the big three things that come with partying: drinking, smoking, and sex.

In fact, I stressed much more about “the rules I broke” than I did about the fact I hardly spent any time trying to get to know Christ. I kept thinking that if I just stopped doing certain things, I would magically become a better Christian.

Furthermore, I hate admitting I was boy-crazy, but there was rarely a point when I wasn’t “talking to” at least one guy until the final months of freshman year, when I realized my boy hunt was not only preventing me from growing closer to God, but also from maintaining true friendships. I also never pursued truly Christian guys – perhaps I’ve always worried about them being boring guys who never go out. I’m happy being single for now; if I meet the right guy someday, he’ll be someone who devotes himself to Christ and doesn’t push the things on me that some non-Christian guys have.

In the end, I have realized I cannot be the Christian who practices abstinence in every way possible, especially during college. That is not a reality for me, who enjoys going out every once in a while, especially to escape from her stressful pre-med workload. Towards the end of freshman year, I finally accepted that about myself.

What has comforted me is a reminder of why God truly hates sin. He hates sin because it brings us further away from Him. God only wants one thing from His children: for us to get to know Him better. He isn’t looking for a rule follower. There are plenty of people out there who don’t drink or smoke or hook up, yet they don’t really know Him. He also doesn’t expect us to be perfect – if we make a mistake, He loves us just the same!

If you’re a Christian, you shouldn’t cut down on drinking or partying because it’s “against the Bible,” but because alcohol and parties are turning into an idol that you worship over the Lord.

Interestingly enough though, when you devote a lot of effort to getting to know God, you naturally face less temptation. Or at least, you don’t go as hard as you used to…