The (Real) Struggles Of Being A Millennial Liberal
Odyssey

The (Real) Struggles Of Being A Millennial Liberal

For us, Liberal logic is just more ethical. 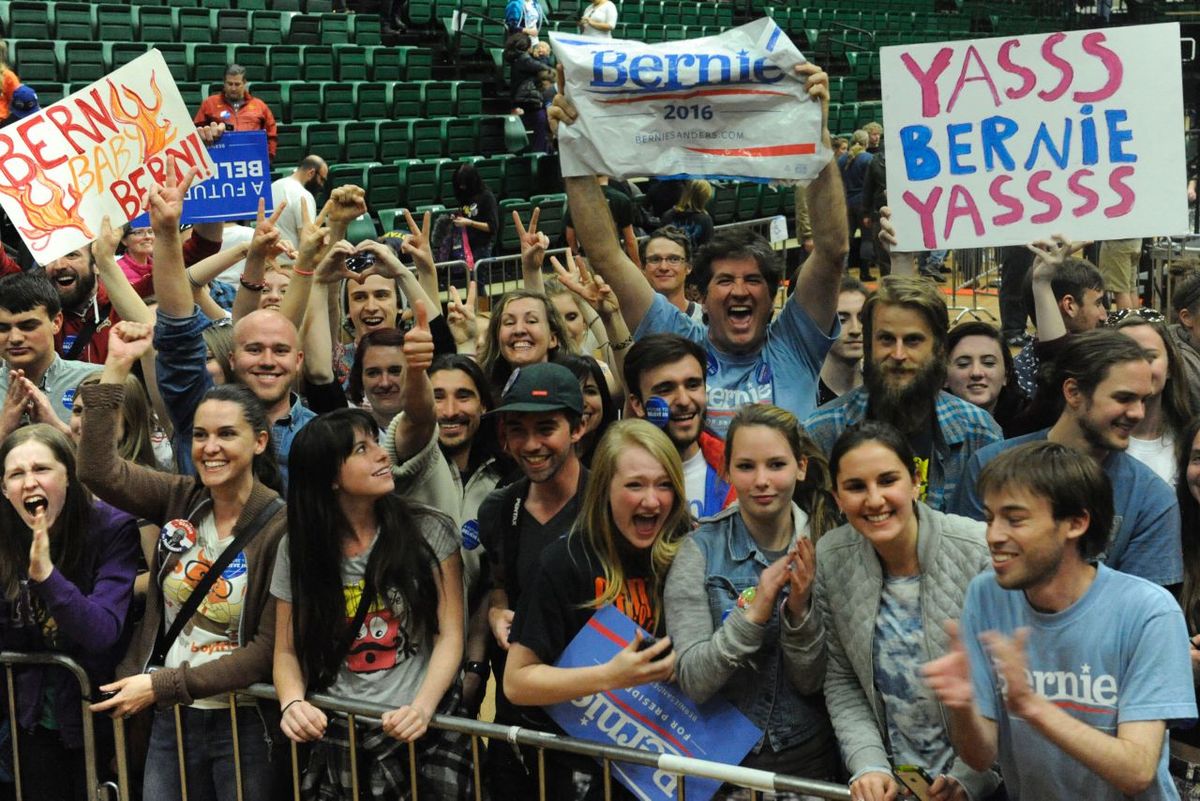 I know right, isn’t it just so annoying that other people have different views on the world. Too bad that's the only real “struggle” you expressed throughout your entire article. I hope you're buckled up for this because I’m about to show you the actual struggles that us Liberal Millennials deal with on a daily basis.

Obviously I have to start with Bernie and all of his “free stuff.” I hate having to explain this, I can honestly say this isn't the first time and I know it won't be the last, but no one is talking about free stuff. Look, I get that it seems like that, I mean Bernie does say he wants to “make all public schools tuition free” and no one ever quite gets into what that really means, so let's look at my college bill and talk about it that way. My small town liberal arts college in Castleton Vermont costs me around 20,000 dollars a year, 10,000 of that is tuition. If Bernie were to have his way my schooling would still cost me 10,000 dollars because I live on campus, with a meal plan, and I still have to buy books on top of that. It’s not going to be completely free for me, but it's a hell of a lot more affordable.

Trigger warnings, in short, are not that big a deal. It’s simply people not surprising other people with content that is unwelcome. Remember in middle school when your teachers would pause the movie and tell everyone that a scary part was coming up and if they did not want to see it to cover their eyes. That's a trigger warning in a nutshell. To be constantly called “triggered” by our conservative counterparts and our conservative elders every time we stand up for something we believe in gets really old. Also it’s kind of like someone screaming “Mouse pad!” every time you try and take a sip of water, it isn’t relevant and frankly it's really annoying.

Let’s just break the title Social Justice Warrior down, shall we? Social justice- “Justice in terms of the distribution of wealth, opportunities, and privilege within a society.” and Warrior- “A brave or experienced soldier or fighter.” So, it seems to me that what a social justice warrior is, is a person who fights for equality and in that sense.. Freedom? Weird that Republicans and Conservatives alike claim to love America and its freedom, equality and opportunity; yet, they often put down those fighting for social justice, and as such, freedom, equality and opportunity.

Go Crawl off to Your Safe Space!

Seriously, this is so common. No one wants a padded room with bubble wrap and elmo. When Liberals talk about creating and having safe spaces we are requesting that no one be a harassed in that space. Don’t call your gay classmate a faggot and don't bring any of your weak arguments as to why they shouldn’t be allowed to marry their partner of the same gender. You're literally just being intolerant. And, It’s not intolerant of me to not accept your intolerance because why would it be? Is it intolerant of me because I think Hitler was an asshole? No? Didn’t think so, he was.

Look, there are some serious differences between conservatives and liberals, and I don’t necessarily want to ignore all of the idea’s that conservatives have. However, you have to hear us out. We aren’t trying to get free stuff, we aren’t trying to get everyone to baby us all the time, and we aren't trying to avoid all of the horrors of the world. We are trying to make change, we are trying to rebuild our country so that it stands on an ethical base rather than an economical base. This is a change that has been in the works for years. Just look at the abolishment of slavery, it's much more economical to use slave labor than to hire workers, but it’s far less ethical.

Read The Article I’m Responding To Here: https://www.theodysseyonline.com/the-struggles-of-...
Report this Content
This article has not been reviewed by Odyssey HQ and solely reflects the ideas and opinions of the creator.