Dedicated to the handsome men of FGCU D3 Hockey. Keep doin' what you're doin'. 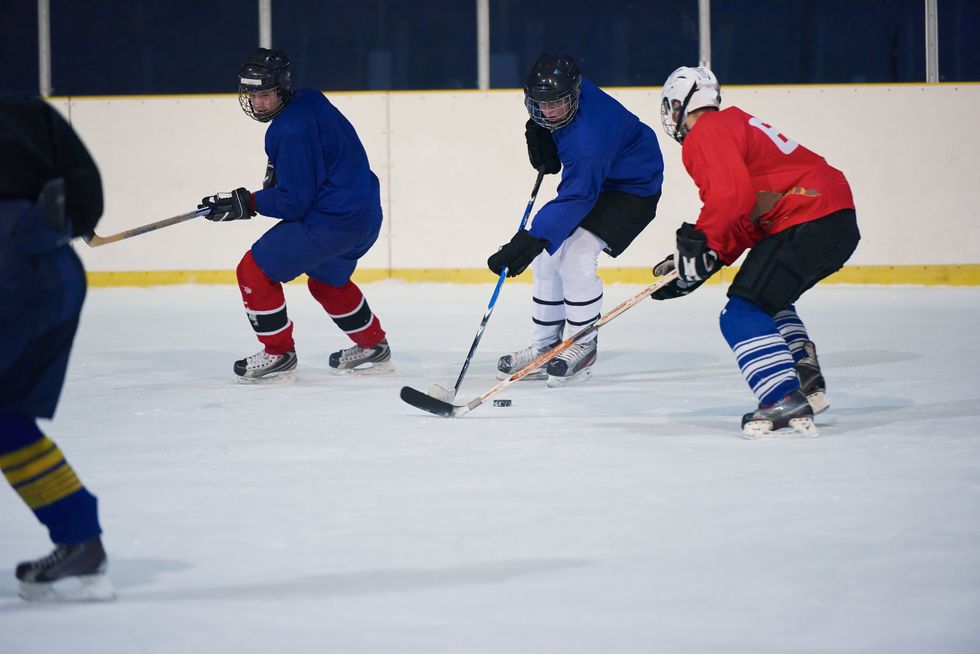 Judge and deny it all you want, but there's one thing you can't argue: hockey players are bad-ass. But really, what is it about hockey players that makes us women drawn to them so much?

If you're a duster, don't read this.

You can spot a hockey player from a mile away. Whether it be their flow, their Bauer, CCM, Sauce or Gongshow hat or even in their suit and tie before a game… ooh baby. You can't deny how hot a hockey player looks at all times. They are naturally blessed with years of “genetic superiority" over the average plug. They are the right amount of bulk and muscle. These looks easily allow these guys to wheel any girl they want (most of the time). Not to mention the flow. It's almost like a right of passage for any hockey player at some point in his career to spend at least one year growing out his hair. Hair so soft that makes us girls ask what kind of conditioner they use. We can spot these handsome men from miles away. You can Billy Guerintee that hockey players with flow play better—any hockey boy will tell you that. They really make you understand the saying “easy on the eyes."

2. Their aggressiveness and defensiveness.

On or off the ice, these men are known to be aggressive, but in a good way. They don't take sh*t. They will defend themselves, their teammates and the people they love until the day they die. They are constantly ready for someone to chirp them. No one can argue how hot they are when they get a little feisty on the ice, too. Who doesn't love a good fight, eh?

3. Their sarcasm and sexual language.

Almost everything that comes out of their mouth is full of sarcasm and sexual sayings, it's pretty much their lingo. If you know hockey men well enough, that type of talk just comes naturally to them and you just get used to their inappropriate, silly comments—it gets pretty entertaining to listen to.

Honestly, how can you not like a hockey player? Every hockey guy you meet is extremely nice and is always willing to talk to you no matter who you are. Their down-to-earth and easy-going personality makes it so easy to connect with any hockey player. It's one of the most attractive qualities they have.

The way their butt looks in their unis on the ice makes you want to stare at it the entire game. Hockey boys, don't get mad if we didn't see that slash or goal… it's probably because we were looking at your butt.

Hockey players' attitudes are different from other athletes. They walk with confidence, swagger, and the sense that they know what the f*ck is going on at all times. It's amazing to see the love and pride they have for hockey when season comes rolling around — no matter the team playing you can almost guarantee they will be watching the game, it's just how it is.

7. They know how to use their hands.

8. They have really good stamina.

Anyone who knows a hockey player knows they know how to celebrate, especially after they win a game full of unreasonable penalties and bullsh*t calls. A party isn't a party until these beauties show up, conversations get better, people drink more and more people end up showing up because word got around that they're there.

This goes hand-in-hand with their pride, but these boys play until the day they die. They might never play in the NHL, but they will play until they are physically incapable of doing so. Whether it be playing for college, men's league, beer league or juniors, their love for the game runs strong, and that's something that'll never change for a hockey player. They are constantly living the dream.