What was Trump thinking withdrawing the US from the agreement? 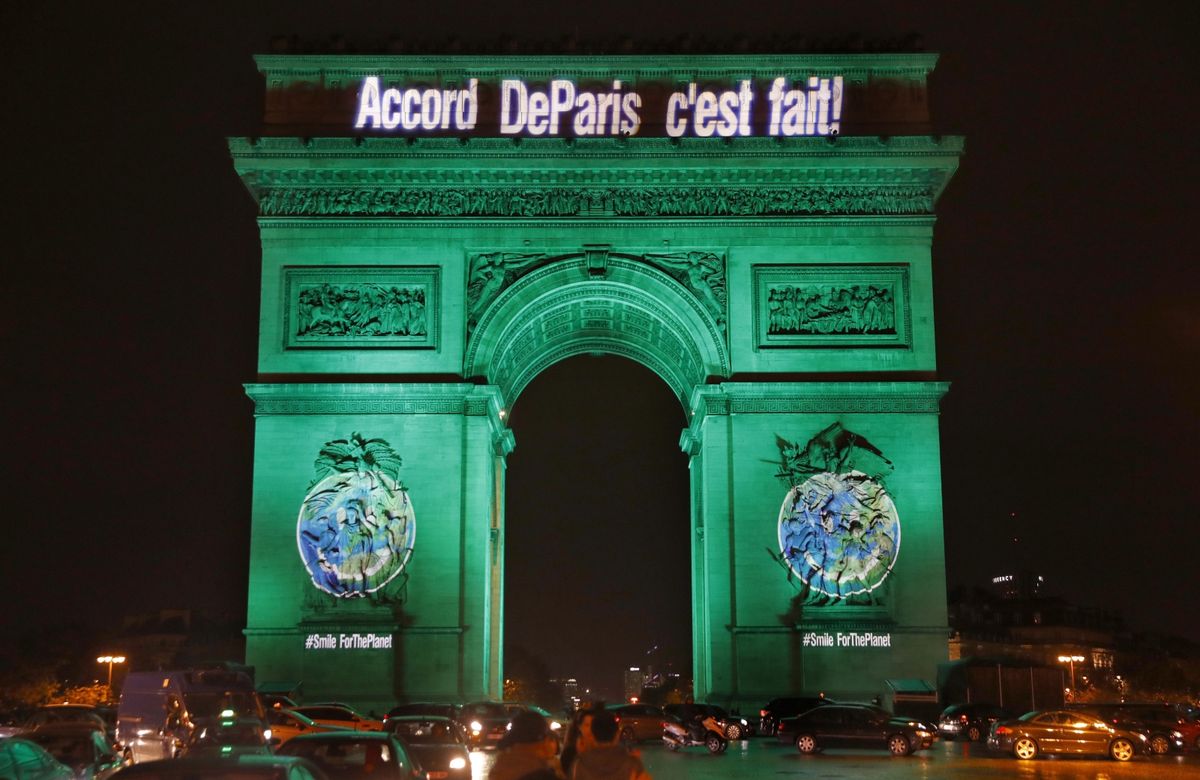 This week one of the big stories was President Trump withdrew the United States from the “Paris Agreement”. Television news and European leaders were having a cow over this. To be totally honest I had no idea what the “Paris Agreement" was. In the media, if Obama agreed with it then it's golden and if Trump agreed with it, it is the most horrible thing ever; so I took to the internet and read what the agreement was and looked for opinions on both sides.

The Paris Agreement is an agreement within the United Nations Framework Convention on Climate Change. The agreement was negotiated by representatives of 195 countries.

Notice in the graphic above, under finances it says, "Rich countries, must provide 100 billion dollars from 2020 as a floor"

In the agreement each country determines, plans and reports on its own contribution. The monies promised to go to projects that help poor underdeveloped countries use green energy. The whole accords goal is to keep the global temperature to keep from rising more than two degrees Fahrenheit by controlling a number of greenhouse emissions around the world.

Keeping control over greenhouse gasses trying to lighten our impact on the atmosphere as much as possible sounds like worthy goals. Why would Trump withdraw from an agreement with such worthy goals even if he doesn’t believe in climate change helping the world to ease their pollution is something everyone can get behind.

A few reasons why Trump felt withdrawing was in the best issue of the US could be, that the agreement has no power to enforce countries to follow through with their commitments. Article 13 of the agreement explains there is an “enhanced transparency framework for action and support”. Developed and developing countries must report every two years on their progress. They have to report but if they don’t follow through the UN only has the power to basically tell them "shame on you". The agreement is nonbinding.

The United States is agreeably one of the biggest offenders of greenhouse emissions because of our size compared to other countries. Obama pledged 3 billion dollars initially to the agreement with the understanding that this was the beginning amount with no real limit to the funds the US could contribute. The effects that this agreement would have on jobs would be significant. The head of the German automaker's Unions admitted that he was afraid with the US pulling out of the agreement that they would not be able to compete anymore because of the cost of complying with the agreement.

When Trump withdrew from the agreement several members of his own cabinet resigned and the disappointment in his decision was echoed throughout the country from Governors to heads of big business.

Currently 148 of the 195 countries have ratified their participation in the Paris Agreement. The US the only country to withdraw completely.

Whether you believe in climate change or not most people can agree that any situation that would help bring our country into a more environmentally friendly state would be a great thing. Money needs to be spent on helping perfect current green energy solutions as well as creating more.

The Paris Agreement doesn't seem fair to the US. I wish the UN would have met with Trump to try and find a solution that was mutually agreeable. Trump was elected by a group of the US that no longer feel safe, can't find jobs and can’t afford the basics of life. They wanted a president who would put the interests of the US before any other country and that is what Trump is trying to accomplish by pulling out of the Paris Agreement. The agreement doesn’t start until 2020 after the next election so if this is an issue that is important than you have your chance in 2020 to make sure you vote for someone who will get the US back into the agreement.


I challenge everyone who reads this not to listen to the news coverage on either side of the aisle and definitely not the late night comedians. Go to the internet and research things and form your own opinion. Don’t love and agree with something simply because Obama agreed with it and don’t vilify something because it is a policy of the current White House.

The state of the news coverage today should make us all sad. In my journalism classes, they would preach that we are supposed to report the facts and not color the facts with our own opinions. Today there is no one online or on television that simply reports the facts of an issue. Today more than ever before we must choose to do our own research on issues and form our own opinions. A nation of informed and involved people is what will make America great again no matter who is in the white house.