If These 17 Jim Vs. Dwight Pranks Declared Their Own College Majors
Odyssey
CurrentlySwoonLifestyleHealth & WellnessStudent LifeContent InspirationEntertainmentPolitics and ActivismSportsAdulting
About usAdvertiseTermsPrivacyDMCAContact us
® 2023 ODYSSEY
Welcome back
Sign in to comment to your favorite stories, participate in your community and interact with your friends
or
LOG IN WITH FACEBOOK
No account? Create one
Start writing a post
Student Life

If These 17 Jim Vs. Dwight Pranks Declared Their Own College Majors 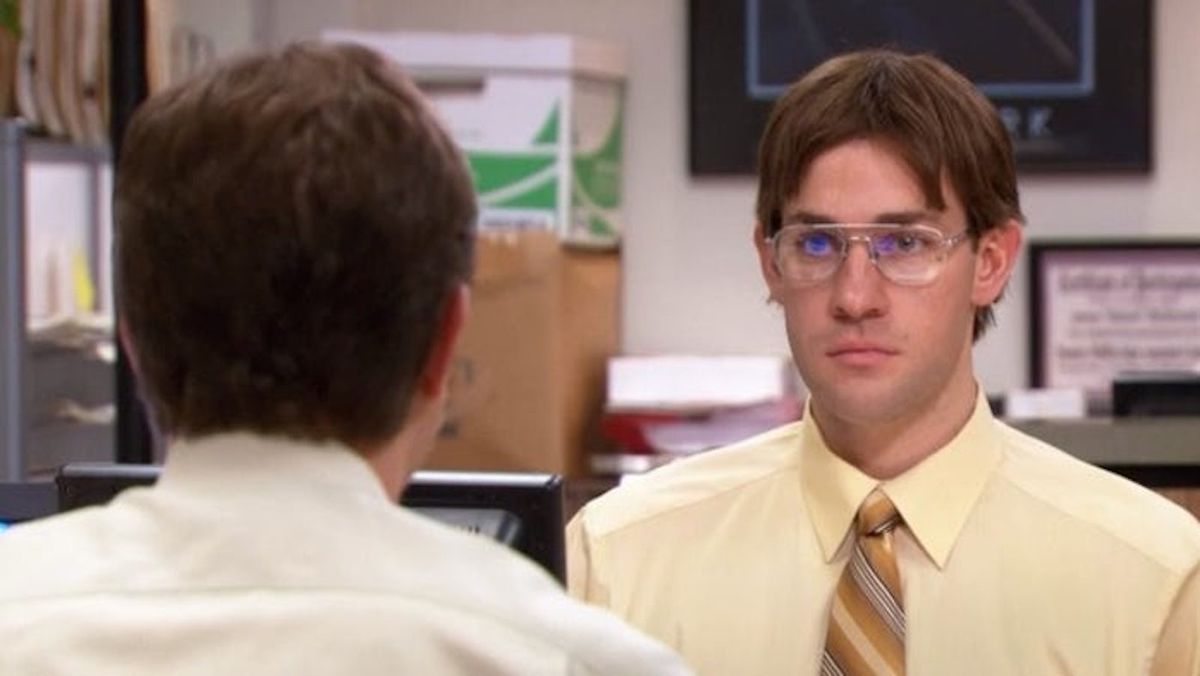 Some of the greatest moments from "The Office" are the pranks Jim pulls on Dwight. Almost every episode is guaranteed to have an extensive, thought out prank from Jim that Dwight never sees coming.

Even though you might know the ins and outs of every joke, there's one thing you definitely haven't thought of... Which one correlates to your major? Are you the iconic stapler in Jell-O or the time Jim replaced all of Dwight's pens with crayons? It's time to find out.

Only an English major would go through the trouble of writing a book to prank someone.

2. Communication: Learned Morse Code with Pam to trick Dwight into thinking there was a bomb in the office

Some modes of communication never go out of style.

3. Nursing: Made high-pitched noises with Pam so Dwight would schedule a doctor's appointment for Pretendonitis

I feel bad for the nurse who would have to deal with Dwight.

Jim made one of Dwight's worst fears come true.

What a psychological genius.

6. Accounting: Jim put Dwight's items in the vending machine and gives him a bag of nickels to get his wallet back

Accountants always know how to keep the money safe.

7. Finance: When Jim used a stopwatch to record all the personal time Dwight takes at the office

8. Marketing: Convinced Dwight and Michael that gaydar was a genuine electronic device that can be purchased.

Only a true master of marketing could pull this one off.


9. History: Dwight believed that the imposter Ben Franklin was the real Franklin after Jim told him it was

You'll get them next time, Dwight.

10. Criminology: Tried to convince Dwight that Dwight had smoked marijuana

11. Political Science: Agreed to be in an alliance with Dwight (who ended up hiding in a box and dying his hair blonde) to help him spy on the Stamford branch

Almost as important as some of the greatest political alliances.

Helping Dwight unleash his artistic side one crayon at a time.

13. Military/ROTC: Built a pencil barrier between his and Dwight's desk

Determining the line between yourself and your enemy is key.

A real pre-med student would definitely know the difference.

16. Philosophy: Jim faxes signed "Future Dwight" after he moved to the Stamford branch from Dwight's own stationery

We could all use a little wise advice from the future.

17. Undecided: Dressed up as Dwight to mock him

Undecided? That's ok! Just try out every other option first!