The Multiverse in Context of Deity
Odyssey

The Multiverse in Context of Deity

Could The Multiverse Act As An Ontological System That Simultaneously Creates Itself And Experiences Itself? 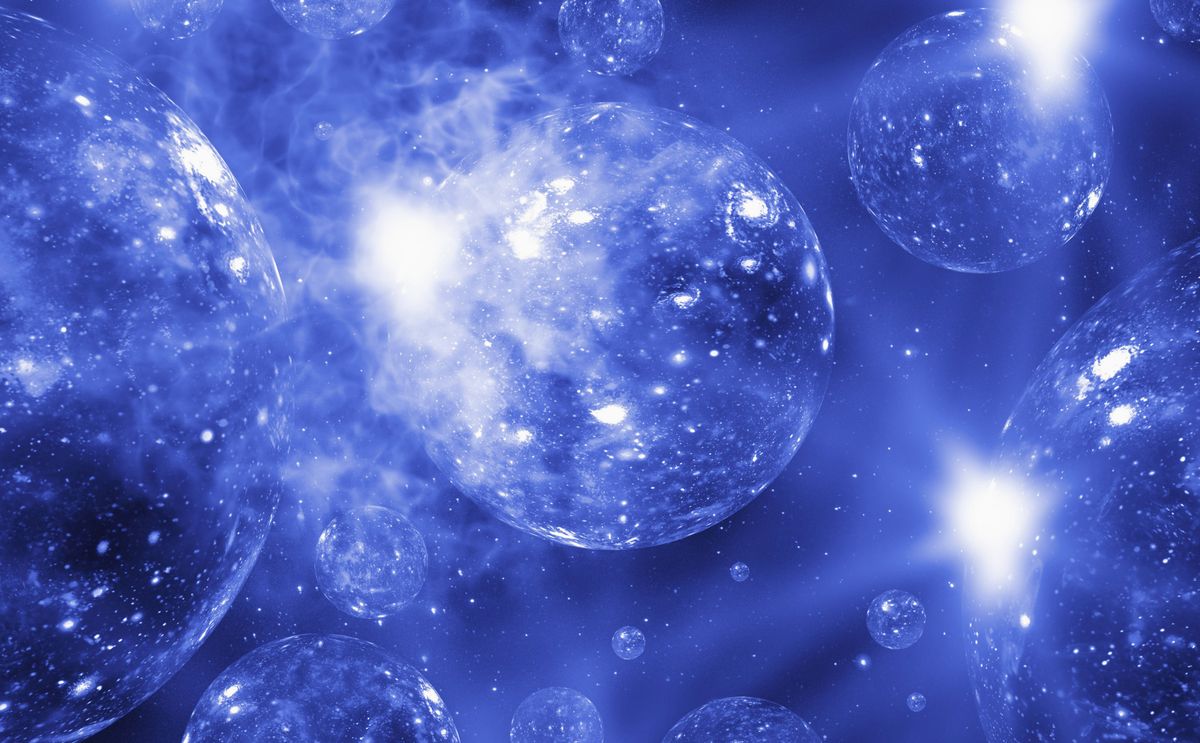 The multiverse is the conceptualization of multiple dimensions for which our four dimensional universe of spacetime exists within. This multiple universe area has been postulated to contain not just alternate timelines of our existing universe; but all possible combinations of universes and parallel universes capable of existing.

If one considers the multiverse when examining religious concepts like deity, theoretical areas in which physical manifestation is possible in the higher dimensions would fail to validate any divine nature; beyond just simple technological sophistication and a greater extent of knowledge for which the entity by our standards would be paralleled with a “deity”. However, if one postulates the notion that what one would call “God“ in the Abrahamic or monotheistic conception, it can be assessed in a pantheistic manner through the conceptualization of consciousness as an inherent system of universal reality.

If one considers the basis of the multiverse when structuring a concept of consciousness, especially in relations to String theory; the theory that extrapolates our universe within a multiverse comprising of 11 higher dimensions beyond the quantum realm of existence. One can note that the unifying relationship of the quantum realm and the highest dimension, the 11th dimension, as an ontological system that creates the multiverse and all of its possibilities. And through this ontological system of all the varieties of universes, the quantifiably infinite variations of universes, with their own near infinite expanse of galaxies, solar systems, planets, etc all pose potential environments for which some form of life, whether carbon-based biological life as we know it, or some other form, has the potentiality to develop.

With all of these variables, eventual life structures start to self generate and perpetuate themselves; potentially leading to structures like that of DNA, with which the evolutionary processes able to ignite and perpetuate. Through these evolutionary processes, the eventual increase of complexity allows for the higher access of consciousness, in an ontologically reciprocal manner in which complexity is perpetuated by the higher consciousness. Thus, one can say that within any expression of "life", in any and all forms conceivable, are expressions of consciousness.

What sets some apart from others is the complexity and its capability of "higher consciousness"; and therefore it is possible to state that all consciousness is interconnected through a pantheistic conceptualization of the universe and greater multiverse structure of the inter-dimensional structuring of the string theory’s 11 dimensions. And that any conceptualization of a God would reside within this dimension; however, that conceptualization would be meaningless, given that every expression of consciousness (including that which is capable of understanding and learning itself) would still be fundamentally part of that overall ontological system of the multiverse in which all consciousness for all life, in all of spacial existence, timelines, and universal variations. All of which are linked in this unified system.