The Meaning of Life (As Told by a Cynic) #1
Odyssey

Yes, I’m a cynic, and you’re probably not going to like what I have to say, but that’s okay, I’ll explain my life to you anyway. 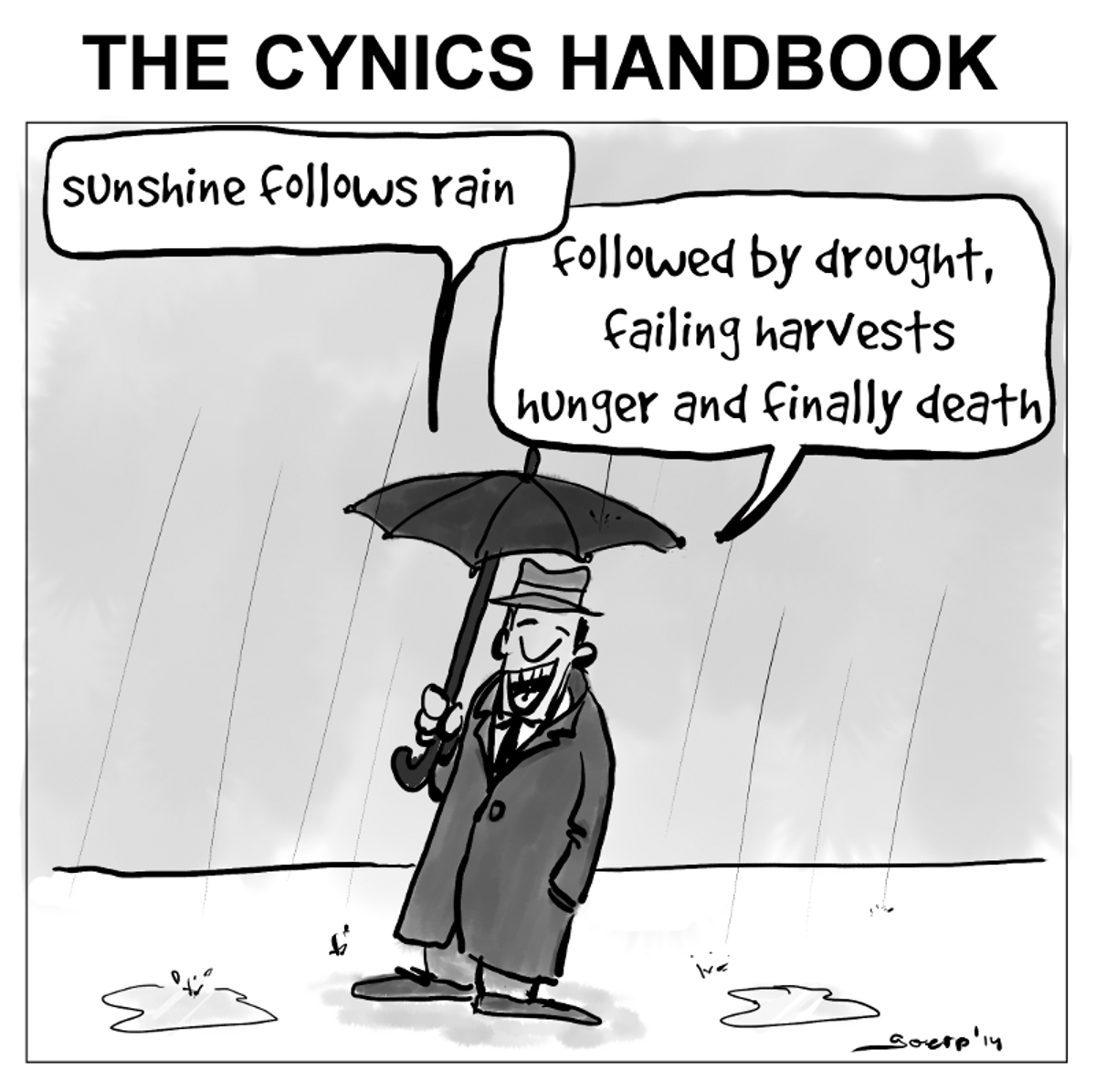 Cynics get a bad rep, and sure there are legitimately good arguments to back up many of those claims. As a cynic, I’m subject to higher levels of anxiety and depression, I’m apparently more than twice as likely to have a stroke and I’m 2.54 times more likely to develop dementia than my optimistic peers, but that’s not even the best part. The American Psychological Association also says that I’m going to make $300 less per year, simply because I don’t have a positive outlook.

Google “cynic” and you’ll quickly find hundreds of self-help guides to fix your attitude and hundreds of more articles on why being a cynic is bad for your health. I’m not making the argument that this science is in any way incorrect, or that cynics shouldn’t try and change, I’m only saying that I personally see no reason to try and change, because I honestly quite enjoy my life outlook.

And so, while I could work to improve my pessimistic views, I will instead try and defend them to a world that sees cynics as nothing but “lazy,” “selfish,” people who “feel like they have no control,” because I don't believe myself to be any of those three things. In fact, I know I am none of those things.

I live a lifestyle that may suggest I wasn’t a cynic at all, and that’s my point; I identify as someone who only sees the world as self-interested, but that doesn’t mean that I am unable to live a moderately fulfilling life.

In the coming weeks, I hope to touch on some of the aspects of my life outlook that you may not necessarily agree with, and that’s okay. I’m not asking you to agree with me, only to pause for consideration that people may see the world differently than you. We all find ourselves, at least part of the time, considering that what we believe in is always correct, despite what others say. Especially at times like these, when the politics of our nation are causing such divisiveness among us, it’s important to remember to place ourselves in the opposing party’s shoes and at least try and understand why one person may think the way he or she does.

In the interest of full disclosure, the statement I just made was very hypocritical as I myself am guilty of ignoring the other side’s views in an effort to preserve my own positions. People will almost always ignore others to protect themselves and their views, it’s only human nature, but sometimes it can be, if nothing else, interesting to look at things from a new angle.

I’m a cynic and I believe in so little. I have close to no faith for the future of humanity, or for this planet, and I believe that it is much too late to offset the impending disaster that our world is headed for. We have collectively destroyed ourselves and will perpetually continue to do so, and so in the meantime, I’ll just try and figure my own life out, because that is an achievable goal. I hope you’ll join me.