The Literary Merit Of Harry Potter

Harry Potter deserves to be studied in literature alongside the likes of To Kill A Mockingbird and The Great Gatsby. 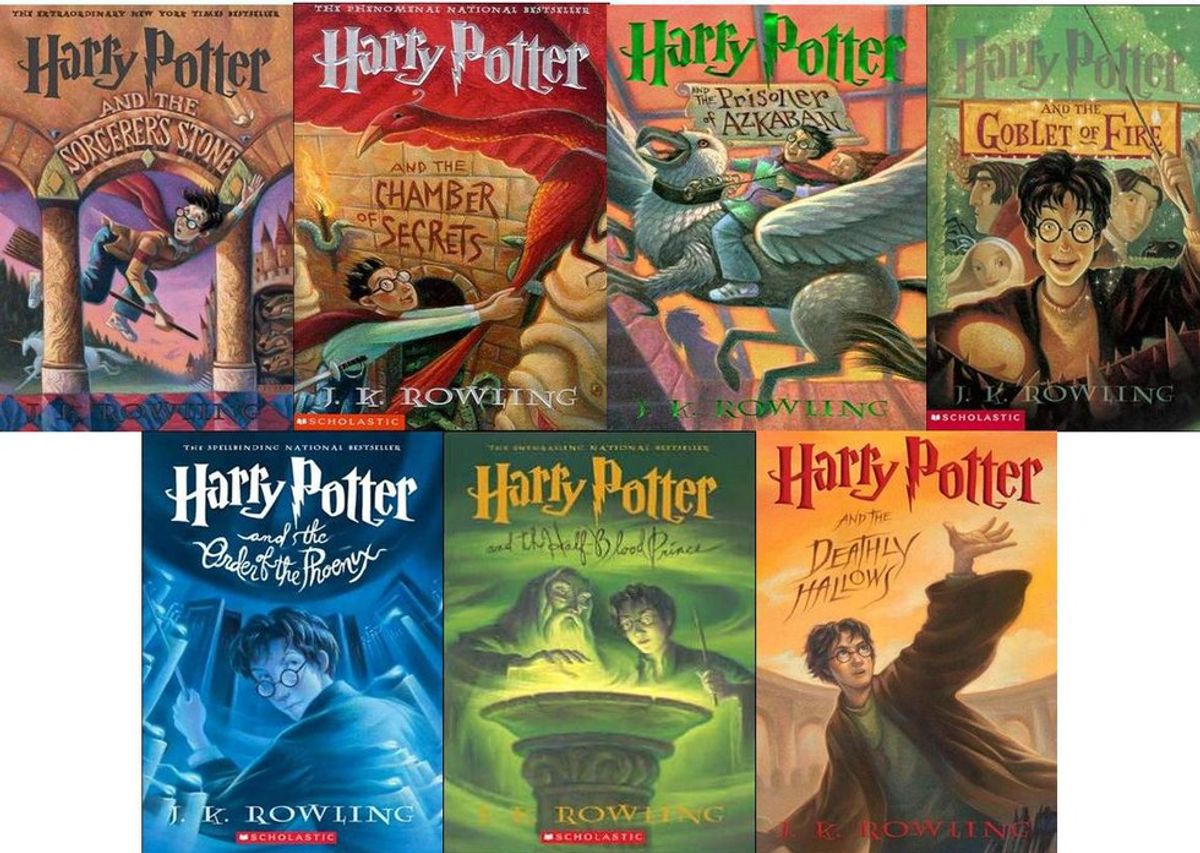 The View From Tuesday

With the release of Harry Potter and the Cursed Child (which is interestingly a play turned into a book), Harry Potter has come back into the 2016 limelight (though, it never really left our hearts in the first place). Harry Potter is an example of commercial fiction, which is a story that has an exciting plot line and is designed to appeal to a wide audience. It is often contrasted with literary fiction, a category of books considered to have literary merit (the books you read in English class). The two categories are not perfectly distinct, and the Harry Potter series is the perfect example of this overlap.

The terms of motifs and symbolism from 11th grade English class probably do not come to mind about Harry Potter. Harry Potter is a perfect blend of an imaginative setting, lovable characters, and dramatic plot. Despite its status as commercial fiction, it is still rich in symbolism, a hallmark of literary fiction.

A theme that unites the series is growth. Harry Potter enters Hogwarts at the age of 11. While the first book has dark moments (murderous chess games and a literal two-faced professor), it is overall lighthearted and perfect for young children. This is the book Harry, Hermione, and Ron become friends. This book ends in victory: Voldemort does not get eternal life and Gryffindor wins the house cup by Dumbledore ex machina. Malfoy and his friends are still the run-of-the-mill schoolyard bullies, and Snape is still the typical devil professor.

That changes as the series progresses. The children’s competition of the house cup completely loses its importance. The protagonist trio faces deadlier challenges. Voldemort becomes successful in resurrection and claims the life of a Hogwarts student in doing so. Malfoy is dragged into a dark terrorist group by his heritage, and Snape’s character continues to grow more despicable. Unlike many other children book series characters, Harry Potter ages. His childhood innocence is quickly lost as he sees death after death. The progression of darkness in the series reflects the processes of aging and maturing. It represents the accumulation of conflict and struggle that comes as one grows.

However, hope still exists. Snape turns out to be complex characters with good intentions. Harry defeats Voldemort, and Malfoy escapes his family’s bloodline of evil. The series dark progression with hope at the end is best visualized by movies.

Every frame of the Harry Potter movies has been condensed into a sliver and lined up together to produce the barcode like image. The progression of darkness is easily seen in this picture, and the white light at the end is the famous King’s Cross scene.

The King’s Cross scene is the clearest example of Christian symbolism used in the book. Despite the controversy with some religious groups, Harry Potter actually utilized many Christian references. His parents’ tombstones contain biblical quotes. While no character was perfectly good, Voldemort was portrayed as a true and pure Satan like evil. King’s Cross served as a gateway to another realm (the magic world and some sort of limbo that allowed Harry to speak with his deceased mentor one last time). Religious references are also ubiquitous among works considered literary fiction.

Harry Potter will stand the test of time as a golden treasure in the world of books. Even if it is not discussed in the classroom with the likes of The Great Gatsby or The Scarlet Letter, the readers who grow up with Harry will pass on the books to their children. If it has been a while since you have last read the series, I recommend reading it again and look closely for the literary secrets hidden in the magic.