Isn't it awful when you run out of supplies at work? 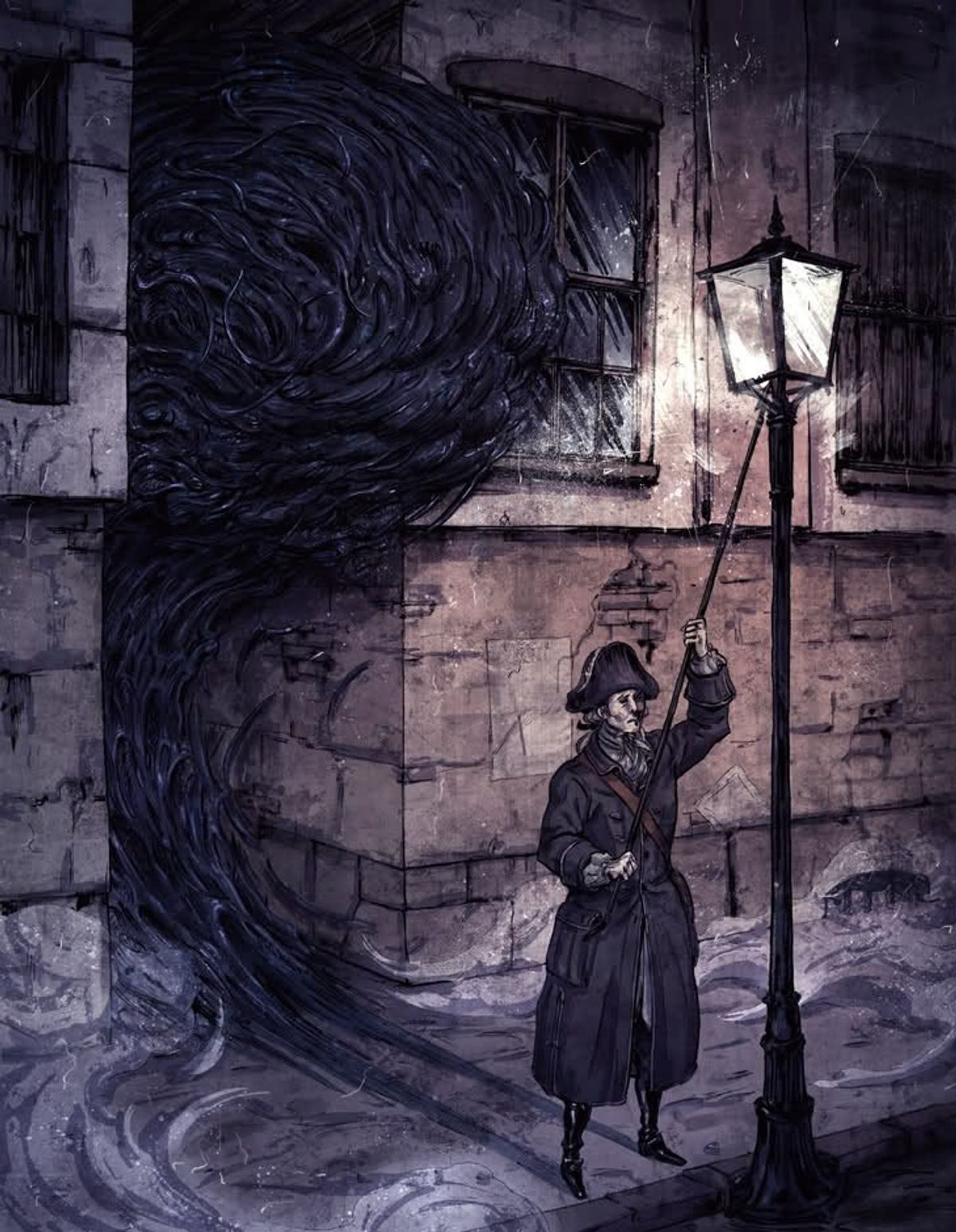 The clock tower bongs 6am, the white portal flickers into nonexistence and I”m done. Another day another…wait…I don’t get paid! I slump back down on the pile of hay that’s been my home for the last five hours, pull a flask I keep in my coat for just this occasion and take a long drawn out victory swig. That’s the stuff. *Sigh*. Now to face the masses. I grab my shit and head out of the church out into town. If it wasn’t for the five hour monotonous killing, this would be the worst part. As soon as I exit the church, I’m swarmed by masses of people from the town all curious about my new “adventure”. I killed banshees, I tell them, that’s it. But they ask for, what were they like(not like I talked to them), what happened(I KILLED BANSHEES). It’s the same thing almost every night. No one really understands m job so they always need to know everything. These questions are the better ones though. There’s always one bad one though. Why do you have to murder them, they ask, why cant we do it, what is your purpose. All of these questions that I don’t really have answers for. I do my job, that’s the only answer I can really give. But with the questions slowly going away, I remember, I have bigger fish to fry. The small inconvenience of my oil being almost empty is actually a major problem. I’ll have to look at the rule book tonight. In our town each worker is given a rulebook, a small book with rules and regulations and what ifs. Since there’s usually only one member of each job at a time there needs to be some way to know that you’re doing it right. When I get back to my cabin, I put all of my gear away and immediately consult my rulebook. I usually don’t have to use it so I’m not entirely sure where to look. I search through the pages for a bit until I find the chapter I need. What if you’re out of oil. I skim through the pages and what I find nearly knocks me to the damn floor! Right at the top of the page in big blue letters it says a few simple words. “Oil comes from the townspeople. Talk to the mayor, he knows what to do.” What the hell does that mean! You know what its been a long day, I’m not going to worry about it ill just go talk to the mayor before tonight’s shift. Until then though I’m going to rest.

Around 10 O’clock I decide to head to town early to meet with the mayor. I grab all of my gear though in case our discussion last until its time for work. I walk up to his mansion knock on the door and am “greeted” by our dear mayor in his pajamas. Clearly not happy to see me. At least the feeling is mutual. He asks why the hell I am here and he starts to look more and more worried as he realizes who I am. I look him dead in the eyes and say four words “My oil is out.” He must know what im talking about though because he immediately rushes me inside, and as soon as he can he says “ Know what I am about to tell you cannot leave this room under any circumstance. Not on paper, through voice or even in song. Do you understand? “ I slowly nod yes and that in mind now is where I will be skipping ahead in the story. Because the Important part isn’t till later anyway

After I leave the mayoral mansion, I am no longer ready for tonight. I am no longer an experienced lamplighter taking his job day by day. I am fresh, at least for the task ahead I am fresh. I am also scared, frustrated, and beyond frozen in denial at what I was just told. But again, I cant tell you that, what I can tell you though is that that night my job wasn’t to go to the clock tower and open the normal portal. That night my job took place elsewhere. I went to one of the many house around the town. A house special only in that I was directed to it, not in any way with looks. But with the way the mayor described it and who lived in it, I knew which house it was. And I completely regretted what was about to happen in that house. I walked up to the door, pulling out my rifle as I did. I knocked on the door and as the owner of the house opened up the door, I did a quick prayer begging that they would both forgive me and that I would never have to do this again. The man looked into my eyes noticed who I was and not unlike the mayor said “ Oh my goodness, Lamplighter, what are you doing here?” I had no idea what to say, should I tell him the truth. I looked at my rifle still clutched in my arms, looked back at him and replied “ Im out of oil.” He then noticed my rifle and began to panic. “ Wait! What do you” Then before he can finish I pull my rifle up, put his head in view and fire a bullet deep into his brain. From the commotion, a child pokes his head out from the bannister behind the newly deceased man. He doesn’t even notice his dead father. I quickly say to myself, just like the banshees; one bullet for one banshee that’s my goal for tonight. And with that it’s time for work.

Madison Franz
The Narrative
1115582
Photo by Brooke Cagle on Unsplash

Madison Franz
The Narrative
653410
Photo by Manny Moreno on Unsplash