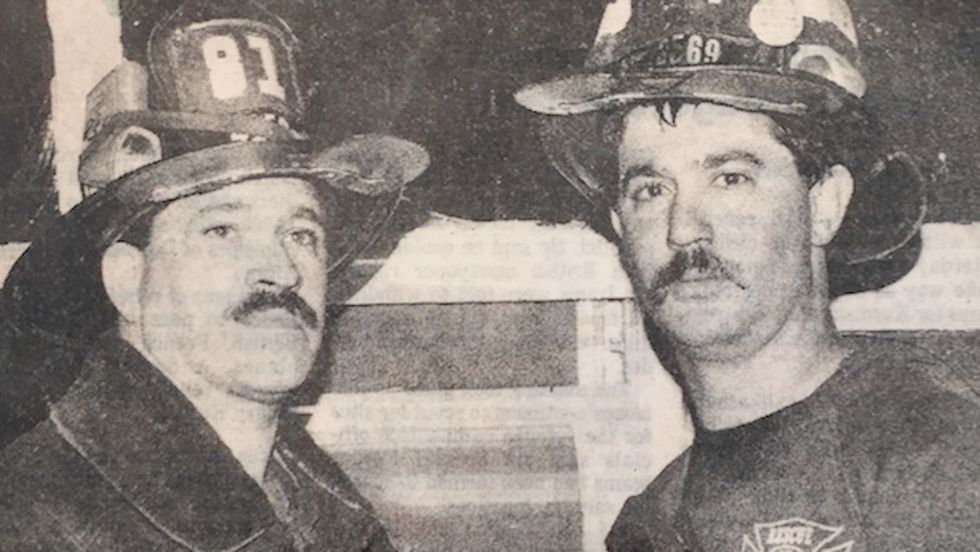 Almost any American can tell you where they were and what they were doing on that sunny September morning. That morning that I woke up for kindergarten my life changed forever. My mother dropped me and my sister off at school and before I knew it, I was getting pulled out of class. I was so confused as why I was going home when I just got there.

My dad was a New York City Firefighter. I grew up going to firehouse Christmas parties and having my dad come into school to teach fire safety. I thought he had the coolest job in the world. As a kid, I always knew that my dad's job was dangerous but I knew that he would never let that stop him. Nothing stopped him on the day of those awful attacks on our country.

I can vividly remember watching the World Trade Centers up in flames on my '90s television set with the antennae sticking out of it. Although, I was very young, I was able to grasp onto the fact that something terrible had happened and that my dad would potentially be responding to this fire. I sat and prayed with my sister, mom, and grandmother hoping that my dad would come home safely.

A day later my dad arrived home covered in ashes. I couldn't be more grateful that I was one of the lucky ones to have their loved one come home all in one piece. But, since that day, my family has changed. As I got older, I realized that my dad experienced something that no human should ever have to go through. He lost good friends who he's known for years, his health was at risk and he always felt guilty about surviving that day.

After the attacks of 9/11, my dad helped clean up all that was left behind of the buildings…including body parts. This took a huge toll on my dad's emotional and physical health. Even over a decade later my dad is still going to doctor appointments to make sure his lungs are in good shape. He had many good friends get sick post-9/11 and I could see it scared him. Even though he came home all in one piece that day, I know he left a huge part of him at the World Trade Center.

From stories and friendships that my dad has shared with me, it is an understatement to say that the New York City Fire Department was more of a brotherhood than just people he worked with. The attacks of 9/11 led to my dad losing a lot of friends whether it was in the attack or years later due to post 9/11 illnesses.

My dad loved the job more than anything. He grew up knowing that he was destined to be a firefighter. He lived to help people. My dad's prior experience of being in the United States Marine Corps is what I believe what shaped him into such a courageous and brave man. He goes out of his way no matter what unpredictable circumstances he might face.

I know my dad has seen things from that day that has changed him forever. Even though he has been retired for some time now, he wishes every day that he could be back on the job. Growing up with a parent as a firefighter who witnessed the attacks of 9/11 makes me reflect on how lucky I am to have a parent who is willing to put their life at risk to save civilians.

To the kids who grew up with a parent who witnessed this horrific attack, whether they were a bystander, a person who worked in the World Trade Centers, or one of the many first responders, tell them you love them every day. We live in a world where terrorist attacks can happen at any moment. You never know when you'll be speaking your last words to someone that you love.

Growing up with a dad who went through this devastating day made me appreciate my amazing city even more. But, one of the more important things that I've learned from this experience is to always remind my dad how much I love him and how much I appreciate his job because those are the true superheroes in my life.