Cultural differences in Italy from America. 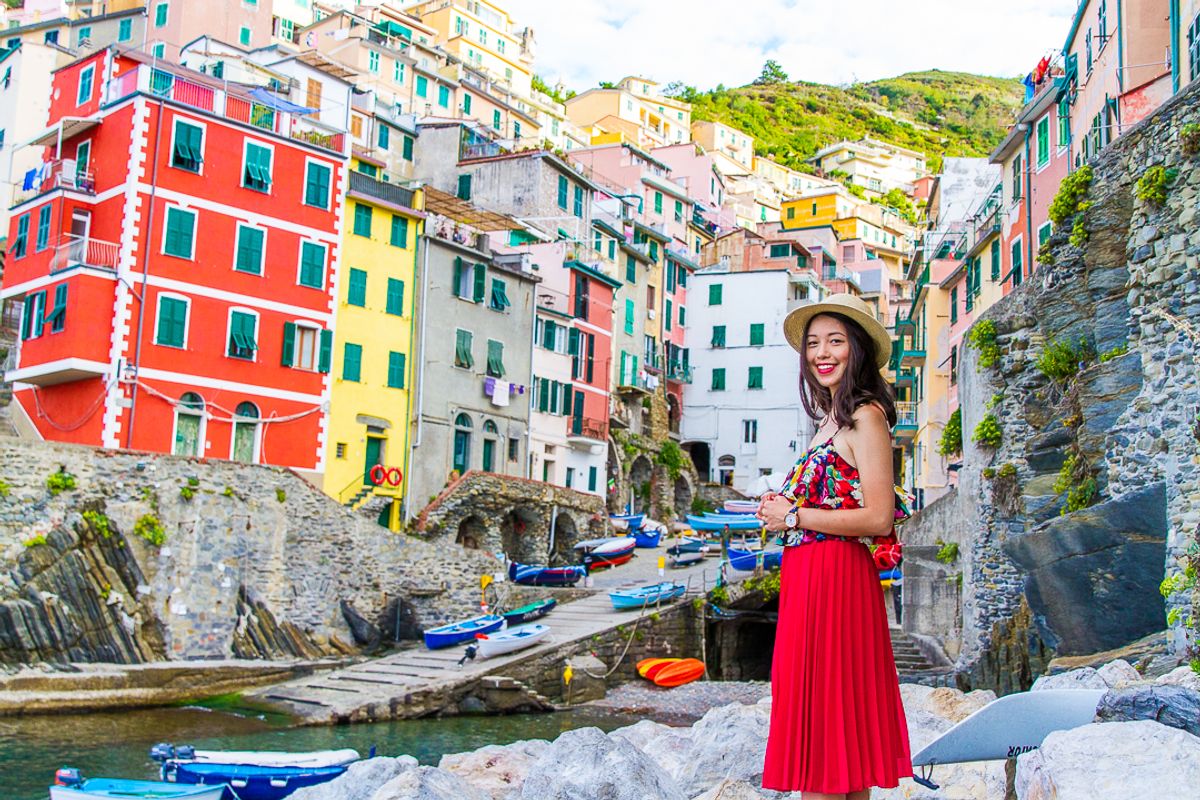 K is for Kani

This past month my family and I embarked on a trip to the beautiful, historic, culturally unique country that is Italia. And let me tell you, it was the trip of a lifetime. In typical tourist fashion, we traveled all throughout the country to different major cities and I learned to embrace the culture and the beauty along the way. I went with a mission. By the end, I would be no tourist. I would blend in with the Italians. I wanted to be confused as a native. No WAY was I going to be the person walking around Rome with a Nikon camera strapped to my neck, stopping in my paths to get a picture of something as basic as an Italian street sign while holding my gelato.

Boy, was I wrong. Despite my efforts, I've come to terms with my tourist-y ways. Those Italians saw right through my new wardrobe and my pitiful attempt at the Italian language. One of my first days there I ordered a meal at a restaurant in Italian, and the waiter just smirked and replied in English. So naturally I gave up by my Italian act by about day 2.

Our itinerary included trips to Rome, Florence, Cinque Terre, Venice and Tuscany. Yet it was not the Coliseum, the Vatican, the gondola rides or even the vino that left me awestruck (though drinking the wine was the aspect of Italian culture that I chose to embrace most frequently). No, it was the Italian lifestyle. They live simply. It's a complete juxtaposition from American culture. No ones in a rush. If you've ever been to NY Penn Station, you know this is not the case in America.

On the trip, here are some major differences I observed from American culture. Some were admirable, and some were just plain wrong to the average American.

Seriously, every Italian sports those mini cars you see once in a while in America, but always make a point to say, “Hey, look at that mini car!" Except they were ALL driving them. Watching people drive while their heads brazed the roof of their car never got old.

Espresso. Espresso. Espresso. Sometimes cappuccino, but not at night, because it's too heavy. Also, no Starbucks. That took some adjusting—even for a mere two-week trip. In my opinion, Starbucks scammed us all considering I thought “venti" WAS ITALIAN.

Everything is in slow motion. There's no need to be anywhere in a rush, everyone is just content being in the company of others and I found it quite refreshing.

Where do I begin with this one? Breakfast is light. You eat maybe a croissant, some fruit and that's it. Coming from an omelet connoisseur, that was a culture shock for me. How do you start your day off every day with a pastry? Also, lunch is the largest meal of the day. And by large, I mean monstrous. Italians don't mess around with their food. Dinner is served around 9 p.m., which is almost unheard of in America. A native took us to lunch one day and he ordered the food for us, obviously in Italian. We had no clue what we were getting. Next thing we knew, 8 dishes of appetizers were placed in front of us. After inhaling them and feeling excruciatingly full, I said, “Wow, that lunch was amazing. Where to next?" And he looked at me, very confused and said, “We still have 3 more courses." My jaw dropped. Luckily, this girl can eat.

First off, I would not recommend a lightweight to drink heavily in Italy. Their stuff is astonishingly stronger, and better tasting for that matter. One glass of Prossecco before the meal and I was ready for my siesta. And I assure you, wine is sacred to Italians. It's not just a drink to accentuate a meal once in a while, it completes the meal. So if you ever travel to Italy and you don't like wine, you better learn. Because I can tell you from my experience with a bitter cocktail I took a risk and ordered one day, you're going to want the wine.

One day, after a significant amount of wine, I opted to brave the public restroom. Though what greeted me in this public “restroom" was a stall with nothing but a small hole in the ground. You can guess how that went. I actually missed porta-potties.

How can they tell whether they're arriving or leaving? Imagine entering a social situation and saying "goodbye" to greet people. This still shocks me.

There are obviously cars, or in the case of Venice, there's boats, but Italians would probably make a Fit Bit malfunction. They know how to get their daily steps in to say the least. With all the indulgent food choices I made, this was my one saving grace to relieve h. We walked everywhere.

People could immediately spot my touristic ways due to my attire. Italians don't wear shorts. They typically cover their knees, specifically the women. And if they do opt for a short length, it's usually a skirt. I found this seriously odd considering it can get to about 100 degrees in Italy during the summer. This tourist will stick to her shorts.

Overall, as it was my first time in Europe, I found it simply fascinating to get a hands-on experience with such a different culture. But hey, after witnessing the beautiful country firsthand, I don't find it too far fetched to conform to the Italian way if it means going back.

Nicole Marie Nigro
Individual Creator
294
c1.staticflickr.com
Where to start...... Let me start with the cliche that life throws us curveballs and what we do with it is what counts.