The Importance Of Public Schools
Odyssey

The Importance Of Public Schools

Contrary to popular belief, you can still be successful. 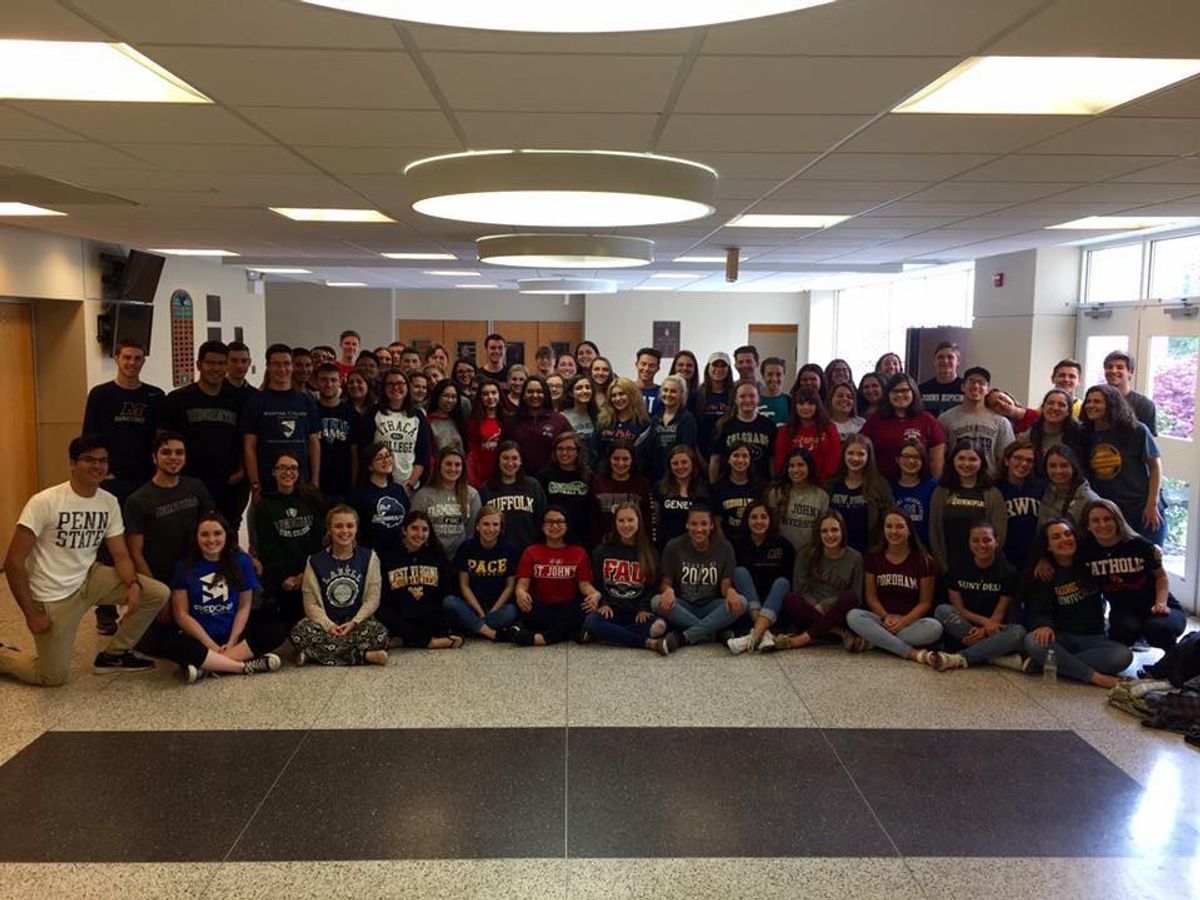 A few days ago, I was minding my own business and scrolling through Twitter when I saw a Tweet posted by the ever-charming Tomi Lahren. Usually, I tend to just not involve myself with the things she says, being that I don't agree with much of it, but this particular post was geared towards public schools, and that caught my interest. In an effort to push for charter schools and for-profit education, Lahren attempted to make her point by saying that public schools are "local failing schools run by the almighty Teachers Union." And that really, really didn't sit well with me.

I'm going to start off by saying that I myself am a product of the public school system. I have been in public school for my entire life up until college, which equates to thirteen years of experience with it. While it may not be perfect, Lahren made it seem like those who went through the public school system somehow got a lesser education, a lesser experience, and therefore won't be able to live up to their full potential. That is entirely untrue, and I am a firsthand case to prove it.

I have plenty of friends and family members who have spent their lives in the private school system. My own parents both went to private schools for their entire lives. To be entirely clear, I don't think that choosing to give your child a private education is wrong, or something that you should rethink. Those who put their children through the private school system have their own reasons for doing so, and all the power to them, the same way that those who choose not to have their own set of reasons. My point is, no matter what school you attend, whether it's private or public, it should not and will not hinder your ability to achieve success if you are hardworking and dedicated enough.

And here's my life story as an example.

As a matter of fact, when you go to a public school, you have to fight even harder. It's no secret that many top-tier schools get a good chunk of their students from prestigious and/or private schools. It makes sense -- private schools tend to have better connections. That's the way the world works, and everyone acknowledges that. So I can say from personal experience that attending a public high school, even if it was a good one, meant I had to work a little harder to get accepted to the schools I wanted to go to. I was competing with people whose alma maters were recognized by the admissions board. I didn't have that luxury. Nobody cared much about a high school that's named after the town it resides in. There's nothing special or fantastic about that. We don't have a long list of celebrity alumni and donors. Because I didn't have that luxury, I had to work even harder to make myself and my school stand out among my peers.

My graduating class turned out a lot of intelligent people. If you look at this article's cover photo alone, you will see students donning the shirts of many important and successful schools -- especially many that are extremely difficult to get into. We've all worked side by side with one another for thirteen years just as hard as anybody else has, and it's safe to say that we've turned out pretty successful. My graduating class sent students to places like Harvard and Cornell, and those students are just as deserving to be there as their private school and trust fund counterparts. They aren't lesser beings. It's the same with me at Fordham -- I am not any less deserving to be here because I didn't previously go to a private school or a Jesuit school or a preparatory school. I earned my place here just like everyone else, and I am in the same academic standing as the rest of them because I worked hard to get here, just like all of the private school students did.

Going to a public school doesn't mean that you have to be lesser. It doesn't mean that you're being robbed of success. My graduating class and I are proof that through hard work and dedication, you can work the system that you're in, no matter what system you're in, and put yourself on the path to prosper. We are not different. We are not less. And we don't want your pity. If we are hardworking and dedicated enough, and we put enough effort into it, we can most definitely achieve success -- at whatever school we want to.

In the beginning of the video, Lahren says, and I quote, that "we should all be doing everything we can to make sure those born in the worst areas have the same access to a high-quality education as rich students." On this, I agree with her. But rather than funneling money into more private schools to get the job done, why not work on fixing those public schools that are in need of help in order to increase the status of their education? If anything, that's the kind of help our education system is crying out for right now. The public schools need help -- so help them.

I am just as smart and as hard-working as my friends that have gone to private schools throughout the years. As a matter of fact, several of them would even say that I'm even slightly more intelligent (and this is said with an air of humor rather than snobbery, so please, spare me). The location I got my degree from doesn't make me lesser of a person or lesser than another student. Public school students have just as much of a shot at being successful and should be valued just as much. I have earned my place here the same way everyone else has, and that's thanks to my public education.

Yes, the Teachers Union is prevalent in my school. Yes, my school is local. But it is not failing, and neither are we.