The Impact of Michelle Obama
Odyssey
CurrentlySwoonLifestyleHealth & WellnessStudent LifeContent InspirationEntertainmentPolitics and ActivismSportsAdulting
About usAdvertiseTermsPrivacyDMCAContact us
® 2023 ODYSSEY
Welcome back
Sign in to comment to your favorite stories, participate in your community and interact with your friends
or
LOG IN WITH FACEBOOK
No account? Create one
Start writing a post
Politics and Activism

The Impact of Michelle Obama 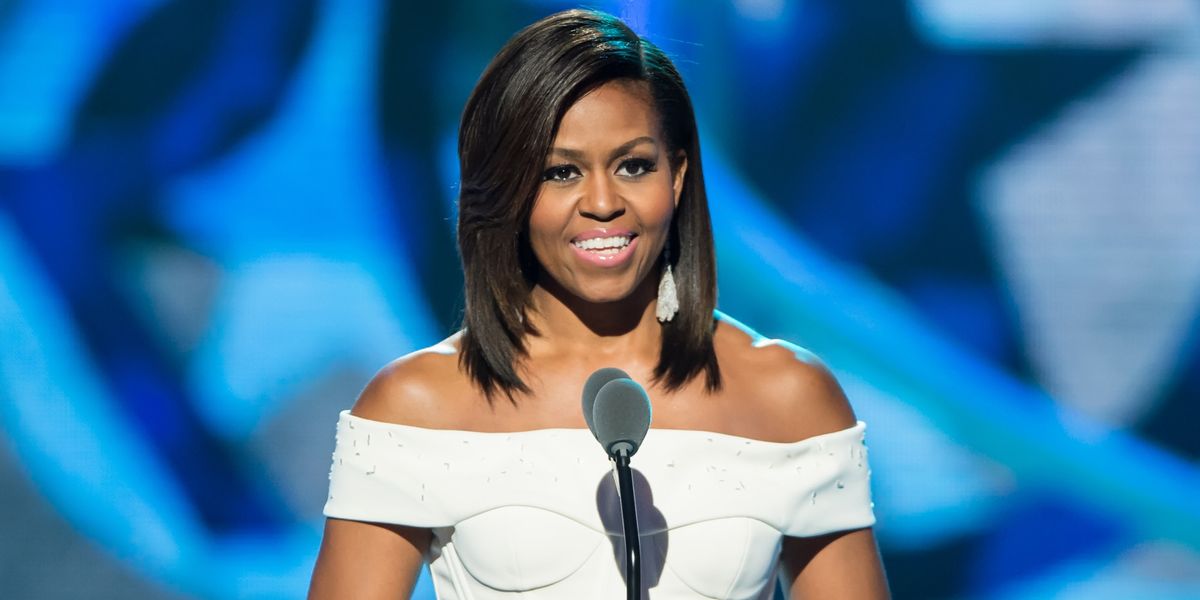 If you’ve been on Twitter in the last few weeks, you may have seen the hashtag #62MillionGirls. Thousands and thousands of people on Twitter, from Stephen Colbert to Beyoncé, are posting their high school yearbook photos and speaking out about how an immense amount of girls worldwide do not receive the education many of us have, if any at all.

The First Lady Michelle Obama recently launched an initiative called Let Girls Learn with incredible goals in mind. With Let Girls Learn as her vehicle, Mrs. Obama hopes to put those 62 million girls in school by means of funding education projects such as scholarships, safe transportation, and suitable bathrooms so girls don’t have to stay home when they menstruate. Mrs. Obama lays out all of her ideas in an article she wrote recently for The Atlantic.

The First Lady goes on to spell out that these actions of education funding only go as far as that specific society’s culture will let it. Mrs. Obama makes a point in saying that, while the funding of these projects “are absolutely necessary to solve our girls’ education problem, they are simply not sufficient.” In order for the safe transportation to avoid sexual assault to work, there needs to be an idea that the rape of these young girls is not acceptable. In order to get the remodeled bathrooms to function for their purpose, there needs to be an elimination of the stigma and shame around menstruation.

The First Lady has spent this last week in the Middle East attempting to address these issues with a variety of audiences. An article in The Washington Times briefly summarizes her trip. Mrs. Obama spoke at an education conference in Qatar, urging many world leaders to back up and support global education opportunities for girls. She reiterated her points from her Atlantic article saying, “If we truly want to get girls into our classrooms, then we need to have an honest conversation about how we view and treat women in our societies… And this conversation needs to happen in every country on this planet, including my own.”

In the First Lady’s article, she not only talks about what needs to be done, but she also discusses the impact that the education projects will have on the world. If these girls are able to attend a school and acquire the education, they are more likely to marry later in life, leading to lower maternal mortality rates. Funding education for their girls can also be extraordinarily beneficial for a country’s economy as well. Mrs. Obama writes “studies have shown that sending more girls to school can boost an entire country’s GDP.”

Perhaps the best point Mrs. Obama made is in the passage where she writes, “when educated girls become healthy, financially secure, empowered women, they’re far better equipped to advocate for their needs and aspirations, and challenge unjust laws and harmful practices and beliefs. So really, this can be a virtuous cycle.”

Let Girls Learn is an incredibly important initiative for the growth of equality and economy on a global context. Providing 62 million girls with an education seems very basic, but will have a lasting impact on our world.

Michelle Obama taking on programs such as this is not unique to just her time in the White House. Throughout the years we’ve seen some awe-inspiring First Ladies take hold of the political influence their title holds and use it for bettering our nation and the world. Perhaps most notably, Eleanor Roosevelt took on the U.N. as a delegate with her strong activism while still living in the White House. More recently, we saw Barbara Bush take on the cause of family literacy in the early 1990s. In Hillary Clinton’s time as First Lady, it became controversial when she tackled healthcare. Many felt that President Clinton was “allowing” her to take her role too far.

Being First Lady of the United States is an incredibly influential position to have in American politics, and Michelle Obama has utilized that position in an incredible way to create many helpful programs impacting children both here in the U.S. and globally.
Report this Content
This article has not been reviewed by Odyssey HQ and solely reflects the ideas and opinions of the creator.