What you need to know about the equestrian in your life 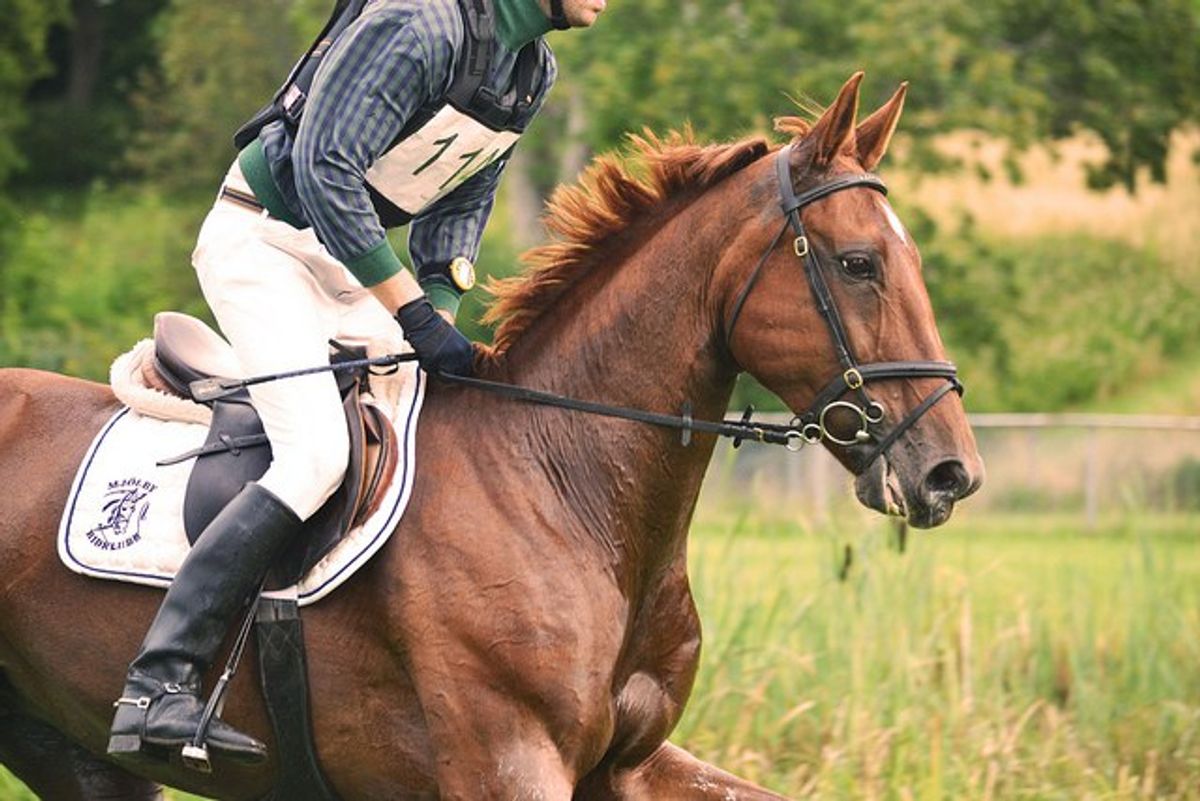 I try very hard to avoid the phrase “horse girl,” because it brings me back to middle school when “weird horse girl,” was an unfortunate phrase that was associated with, well, me. But, like most things, riding got a little cooler in time. I get to talk about riding in college, and people (sometimes) take me seriously. Or at least they take me more seriously than they did when I had a pink horses on every piece of clothing in my closet.

But for whatever reason, some people still associate equestrians with being crazy, or weird, or whatever negative adjective you can think of. More often than not, those people are boys you’d like to date. If you’re lucky, you’ll meet someone who has no prior experience with anything horse related, so his view of equestrians is less, “she’s crazy,” and more, “that’s really interesting and I can’t wait to learn more about it.” I admit, this is wishful thinking, but just having someone who doesn’t think you’re weird for riding is a step in the right direction.

If you date a “horse girl,” or just know one, and have no idea about what it’s like, then you might want to know a few things,

1. Know what kind of rider she is

If there’s one thing horse people are sensitive about, it’s that not all riding is the same. No one wants to be lumped into a category with lazy Sunday riders when they’ve worked their way through numerous rated jumper shows. Now, whatever kind of riding comes to mind to a non-horse person really varies. But if you know what type of a rider your dear equestrian counterpart is, you’ll make her more than happy. Is she a hunter jumper? Dressage? Show jumper? Barrel racer? At the very least, know whether or not she rides English or Western.

2. Know that her horse comes first

What’s behind the way every equestrian acts? It’s her horse. Obviously, this is something she’s incredibly passionate about. So ask about it! You might not want to hear an hour-long spiel about the bloodlines of her horse, and the origins of his name, and the reason why he doesn’t like the sound of plastic bags. But just ask how long she’s had him, or what his favorite snack is. Just showing the tiniest bit of interest will reassure her that you don’t think she’s a complete weirdo.

More often than not, when I’m coming home from the barn I’m several hours later than I was planning on being. This is the case with most horse people, and something the non-horse people in their lives should understand. This is not something that should be taken personally. One time, I told my boyfriend I’d be over by nine, but I had been at a fox hunt all day and didn’t leave the barn until close to eleven, and by the time I had showered I never actually went to his house because I had been awake since 4 A.M.. Being patient and understanding will be key. Horse related events are pits of energy expenditure, so if she’s late and tired, don’t get annoyed about it because she’ll be twice as annoyed at you. My advice? Don’t make plans for hanging out if you know she’s been at the barn all day.

“Doesn’t the horse do all the work?” My abdominal muscles say, “100%, definitely not.” This is the worst question any equestrian is regularly asked by non-horsey people. I know that just because riding is an Olympic sport doesn’t really mean that it’s as physically exhausting as running. But the amount of training with your horse, and the degree of physical fitness riding effectively takes does mean that it’s a sport. My horse is my teammate and I respect how hard he works, but in order to make everything look good, and make sure I don't end up with my face in a jump standard, or he doesn't end up sliding headfirst into a water jump, I need to work incredibly hard as well. It's a sport that takes focus, timing, endurance, patience, skill, grace, communication, and a lot of bravery.

I’m not even going to bother explaining this one. Just, don’t be that person. No one likes that person.

I get this a lot, and I know my friends mean well, and it's pretty funny to laugh at those pink and green horse leggings I owned in fifth grade. But as someone who has always, and will probably always be involved in horsey things, I will always be trying my absolute hardest to pull myself away from the “weird horse girl” image. I want to be known for how much I love horses, but I don't want to that to be a weird, social outcast, thing. But on the other hand, if this thing that makes me so incredibly happy also makes me weird, then eh. I’ve got a jump course to memorize.

Nicole Marie Nigro
Individual Creator
2610
c1.staticflickr.com
Where to start...... Let me start with the cliche that life throws us curveballs and what we do with it is what counts.